Dave Barry showed the sort of humor that so escaped many full-time journalists, but his asides about technology amid his overview of the presidential campaign are worth repeating:

We continued to prove, as a nation, that no matter how many times we are reminded, we are too stupid to remember to hold our phones horizontally when we make videos. . . .

Samsung announces a recall of all Galaxy Note 7 phones after an attempt to re-brand them as “smart charcoal lighters” meets with consumer resistance. Adding to Samsung’s woes are reports that some of its top-loading washers have exploded, although the company insists that the machines are “perfectly safe when operated using the delicate cycle,” provided that “there are no humans nearby.”

In other technology news, Apple announces the release of the iPhone 7, which is basically the iPhone 6 with the added convenience of not having a headphone jack. The marketing slogan is “At Least It Doesn’t Burst Into Flames.”

most inexplicable of all — there was 2007, when millions of people voluntarily installed Windows Vista. 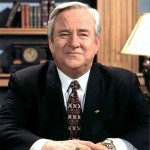 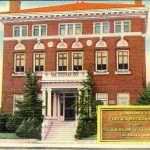 January 6, 2017 Is Jonathan Merritt a Reporter or Church Growth Consultant?
Recent Comments
0 | Leave a Comment
"Most live to increase human suffering and misery."
Eric Mallo Exvangelicals before Exvangelicals
"It's not perceived bigotry. Evangelicals are bigot vermin by definition."
John (not McCain) Exvangelicals before Exvangelicals
"Ridiculous article. God has admonished us to:Sing to the Lord a new song;sing to the ..."
1st_Amendment Have the Worship Wars Returned?
""So what changed between 2003 and 2020?"Having not seen "Avenue Q," I can't say with ..."
Maine_Skeptic When Racism Changed
Browse Our Archives
Follow Us!