The Big Story of 2016 – The Moral Majority Is Alive

The following reaction to Donald Trump’s victory is a little dated, but it does illustrate the aspect of the Trump candidacy that was so fascinating — to see academics and journalists do their impersonations of Jerry Falwell (the elder) and James Dobson:

And so here we are, at the end of what the New York Times recently called an “exhausting parade of ugliness”. That’s an apt description – but this particular parade has now been extended by at least four years. We can expect Trump to stay vulgar, cavalier and ill-informed once he’s sworn in as president in January 2017. He will keep up his brazen denials of truth, keep pandering to the bitter angels of the white mob’s nature, and keep piling on the invective.

Twenty years ago when evangelical leaders said that sort of thing about four more years of Bill Clinton (even before Monica), they heard reaction like Andrew Sullivan accusing them of being scolds. But now, scolding doesn’t look so bad.

And when liberals and progressives (and even feminists) forgave Bill Clinton his not having sex with that woman, evangelicals complained like this:

Their willingness to forgive Trump his sins was no secret. During the firestorm over the Access Hollywood tape in which Trump bragged about his sexual prowess and lewd attitudes towards women, Jerry Falwell, Jr. proclaimed: “We’re all sinners, every one of us. We’ve all done things we wish we hadn’t.”

The major difference is that the leaders of the religious right did not compound the self-righteousness with self-congratulations about intellectual superiority:

But there was something else at work besides the “God-factor”, something that doesn’t get covered in the press all that much: Trump is as committed a knowledge-denier as many of the evangelicals are.

And here I thought that academics and journalists were so good at recognizing the complexity of the world and that truth was not so much about what’s out there but the construction of ideas out of a desire for power.Now it turns out that relativism is bad and true-truth (think Francis Schaeffer) really exists?

What was I thinking? 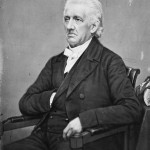 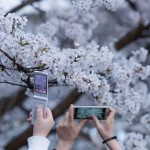 January 5, 2017 2016 In Review: Technology
Recent Comments
0 | Leave a Comment
Browse Our Archives
get the latest from
Putting the Protest in Protestant
Sign up for our newsletter
POPULAR AT PATHEOS Evangelical
1