If You Hate Living with the South, then Why Didn’t You Let Them Go?

The ill will President Trump taps. Just when you thought that nationalism and Brexit and leaving the international liberal order were the province of the alt-Right, along comes a POTUS that winds up liberals and helps them find their separatist inner selves. Today’s specimen? Kevin Baker, a writer at the New Republic. He recently made the case for Blue States leaving the Union (sacred though it may be) that would have made John C. Calhoun proud:

We give up. You win. From now on, we’ll treat the animating ideal on which the United States was founded—out of many, one—as dead and buried. Federalism, true federalism, which you have vilified for the past century, is officially over, at least in spirit. You want to organize the nation around your cherished principle of states’ rights—the idea that pretty much everything except the U.S. military and paper currency and the national anthem should be decided at the local level? Fine. We won’t formally secede, in the Civil War sense of the word. We’ll still be a part of the United States, at least on paper. But we’ll turn our back on the federal government in every way we can, just like you’ve been urging everyone to do for years, and devote our hard-earned resources to building up our own cities and states. We’ll turn Blue America into a world-class incubator for progressive programs and policies, a laboratory for a guaranteed income and a high-speed public rail system and free public universities. We’ll focus on getting our own house in order, while yours falls into disrepair and ruin.

Hello. That’s what the South wanted before firing any shots at Ft. Sumter.

But that’s not what the greatest POTUS in the history of planet earth permitted. Abraham Lincoln rejected secession and put the sacral in the sacred UNITED States:

But if destruction of the Union by one or by a part only of the States be lawfully possible, the Union is less perfect than before the Constitution, having lost the vital element of perpetuity.

It follows from these views that no State upon its own mere motion can lawfully get out of the Union; that resolves and ordinances to that effect are legally void, and that acts of violence within any State or States against the authority of the United States are insurrectionary or revolutionary, according to circumstances.

I therefore consider that in view of the Constitution and the laws the Union is unbroken, and to the extent of my ability, I shall take care, as the Constitution itself expressly enjoins upon me, that the laws of the Union be faithfully executed in all the States. Doing this I deem to be only a simple duty on my part, and I shall perform it so far as practicable unless my rightful masters, the American people, shall withhold the requisite means or in some authoritative manner direct the contrary. I trust this will not be regarded as a menace, but only as the declared purpose of the Union that it will constitutionally defend and maintain itself.

Of course, the problem that both Red and Blues States have is living with diversity, that is, living with those who disagree. Federalism was supposed to encourage diversity by allowing states autonomy in all matters not prescribed by the Constitution. What made such co-existence especially difficult was adding morality to politics, like the way that Lincoln said in his debates with Stephen Douglas, that slavery was a moral, social, and political evil. Hard to walk away from that. So is it hard to walk away from abortion in all cases is evil. So is the conviction that opposition to gay marriage or women’s ordination is evil.

So much morality, so little union in these United States. But morality does make America great. 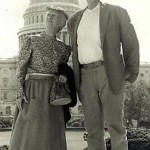 March 17, 2017
Some of Us Were Worried About America Before the Election (part 4)
Next Post 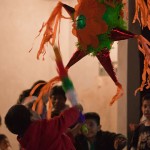