Who Says You Can’t Enforce Morality?

While Rod Dreher complains about the dictatorship of moral relativism that has triumphed in the United States, states and athletic associations are showing the resilience of secession as an option for those Americans who cling to moral norms. After the Atlantic Coast Conference boycotted the state of North Carolina for the conference basketball tournament, the legislators of the Tar Hell State have decided to fight back:

North Carolina legislators filed a bill this week that would require North Carolina and NC State to withdraw from the ACC should the conference decide to boycott the state again.

Last year, the ACC decided to pull its neutral-site championship games and tournaments out of North Carolina because of House Bill 2, the controversial law that limited legal protections for the LGBTQ community.

In March, the North Carolina legislature passed a measure that repealed House Bill 2. As a result, the ACC said the football championship game would return to Charlotte, North Carolina, and all other neutral-site championships that had existing contracts would return as well, beginning with the 2017-18 calendar.

“Now these conferences, they’re going to have to think twice about doing a boycott, especially for something that’s as out of their core mission as they did trying to influence legislation of the General Assembly,” said Rep. Mark Brody, one of the primary sponsors of the bill. “If they do it again, now they’ll know there will be a price to pay.”

Oh, for the days of live and let live. 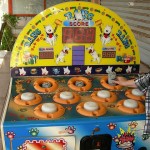 April 7, 2017
Do We Need a National Menu to go with Affordable Health Care?
Next Post 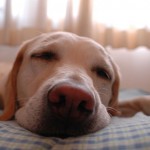 April 14, 2017 Peter's Bad Good Friday
Recent Comments
0 | Leave a Comment
Browse Our Archives
get the latest from
Putting the Protest in Protestant
Sign up for our newsletter
POPULAR AT PATHEOS Evangelical
1

4 Things I Want My Students...
Anxious Bench
Related posts from Putting the Protest in Protestant