“Trust the science” has been a phrase used fairly often during the pandemic. Recent news about the University of Pennsylvania’s decision to remove the statue of the evangelist, George Whitefield, from its Philadelphia campus raises questions about the trust that historians receive and deserve.

The case for removing Whitefield is overwhelmingly strong. He was a well-known evangelical preacher in the mid-eighteenth century, who notably led a successful campaign to allow slavery in Georgia. This is undeniably one of Whitefield’s principal legacies. Honoring him with a statue on our campus is inconsistent with our University’s core values, which guide us in becoming an ever more welcoming community that celebrates inclusion and diversity.

Lots of conversations of late about public monuments feature the time in which a statue is created and installed. The Franklin statue went up in 1919 around the peak period of constructing Confederate monuments. But to link the University of Pennsylvania to the Lost Cause just after World War I is silly. The university was then squishy in its Progressivism and Protestantism. In fact, the reason for the statue went back to Whitefield’s lengthy friendship with Benjamin Franklin:

in 1740 [Whitefield] made his second trip to the North American colonies where he travelled throughout the colonies, preaching to large crowds, with crowds sometimes numbering in the thousands. These revival meetings, largely held outdoors, became known as the Great Awakening of 1740.

Whether that’s enough to merit a statue within a quad closed to the public is anyone’s guess. But it happened and the University’s own explanation of the monument points to the larger problem. Not only was Whitefield an advocate of slavery, but the university’s administration in 1919 saw no problem in celebrating a slave owner, not to mention that a century’s worth of faculty and administrators did not see that Whitefield’s statue was at odds with “inclusion and diversity.” Shouldn’t all those people who stood by be cancelled?

The university’s statement about Whitefield’s principal legacies is particularly disturbing. Penn has directly challenged the historical profession and likely many of the scholars who have taught there with distinction. If you look at the highly acclaimed history of slavery by Edward Baptist, The Half Has Never Been Told: Slavery and the Making of American Capitalism, you’ll notice that Whitefield is not even mentioned in the book. Looks like more needs to be told. Or take a look at Alan Taylor’s American Colonies: The Settling of North America, you will see several pages of discussion of Whitefield. But Taylor regards the evangelist’s significance in religion, not slavery or race relations. Or take a look at Mark Noll’s God and Race in American Politics: A Short History to see whether Whitefield’s defense of slavery was significant enough to be part of the narrative that the author digests so well. Again, nothing on Whitefield.

The lesson is that Whitefield means different things to different parts of the American public. For professional historians he stands out as a religious figure who was prominent in the so-called First Great Awakening. For the University of Pennsylvania, Whitefield stood out as the evangelist who befriended Franklin and whose following created a building that the university eventually used to start its operations.

But now, the University of Pennsylvania, which is supposed to be in the business of sustaining science and training graduates who will go out and “trust the science,” is denying historical science. Attaching the bow of inclusion and diversity should not obscure the anti-intellectualism of such a move any more than a fundamentalist praising God makes denying evolution tolerable.

July 9, 2020
How Evangelicals Can Vote for Joe Biden this November (if the governors let them)
Next Post 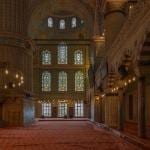