How the Vandals became Christian

This is not about Germanic tribes after the Christianization of the Roman Empire. It is instead about modern day protesters who commit acts of vandalism, chiefly (woops) against statues that memorialize prominent political and military leaders from the past. These protesters may be expressing unknowingly truths revealed in Scripture.

If you think that’s a stretch, consider the case for the Harry Potter series as a vehicle of the gospel:

Although many factors have contributed to making the series a worldwide phenomenon, Constance Grady and Aja Romano observe that the driving force of the series’ success is straightforward: “The Harry Potter series is a phenomenon because it tells a story that millions of people loved, and it introduced the world to an enormous and magical world that millions of people have dreamed of escaping into.”

But it’s not just magic spells and quidditch matches that make this story so enticing. As author J. K. Rowling explains about her story, “To me [the religious parallels have] always been obvious.” She comments on two biblical citations—“The last enemy that shall be destroyed is death” (1 Cor. 15:26) and “Where your treasure is, there will your heart be also” (Matt. 6:21)—found in the final book on the tombstones of Harry’s parents and Dumbledore’s mother and sister: “I think those two particular quotations he finds on the tombstones at Godric’s Hollow, they sum up—they almost epitomize the whole series.” The story is, after all, framed by two acts of sacrificial love—a mother who gave her life to save her son, and the son who willingly goes to his death so that all those he loves would live. The savior of the story is, of course, Harry Potter, the young wizard whose life had always been leading to the moment he would allow himself to be struck by evil unto death—only to live and return to defeat evil.

So how do you pull a biblical rabbit out of the hat of destroyed statues? One obvious connection is the one between vandalism and the iconoclasm of the initial Protestant movement. But I was thinking more about the parallels between the social justice ideals of the protesters and the Psalter’s calls for the vindication of righteousness over evil. Just this morning my wife and I sang from Psalm 21:

8 Your hand will find out all your enemies;
your right hand will find out those who hate you.
9 You will make them as a blazing oven
when you appear.
The Lord will swallow them up in his wrath,
and fire will consume them.
10 You will destroy their descendants from the earth,
and their offspring from among the children of man.
11 Though they plan evil against you,
though they devise mischief, they will not succeed.
12 For you will put them to flight;
you will aim at their faces with your bows.

13 Be exalted, O Lord, in your strength!
We will sing and praise your power.

What could be a better justification for toppling memorials to God’s enemies who have conducted great acts of wickedness in American history, only to be honored for their evil? 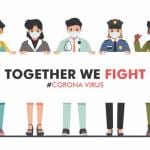 June 26, 2020
The People Who Support and Erect Monuments
Next Post

July 9, 2020 How Evangelicals Can Vote for Joe Biden this November (if the governors let them)
Recent Comments
0 | Leave a Comment
Browse Our Archives
get the latest from
Putting the Protest in Protestant
Sign up for our newsletter
POPULAR AT PATHEOS Evangelical
1

The Evangelical Baptists Who Made "Biblical...
Anxious Bench
Related posts from Putting the Protest in Protestant