Stephen Colbert is no Johnny Carson

And Lena Dunham‘s Girls is no Leave it to Beaver.

So why doesn’t Colbert see how much he has in common with Donald Trump?

Some say Colbert should be fired; others say CBS should be sanctioned by the Federal Communications Commission. I say Colbert should be commended for revealing to the American people one important reason why Trump managed to rise to the presidency—namely, the degradation of American culture to such a low level that a vulgarian such as Trump could triumph.

In an earlier era, nobody with Trump’s crudity could ever become president. The people, in their collective sensibility on such matters, wanted presidents who conducted themselves with dignity and propriety, at least in public. They liked Ike, who, sure, played golf too much and seemed sometimes confused about matters at hand (turns out that was just a ruse to avoid pronouncements he didn’t want to make). But he never degraded the office or expressed himself in undignified ways. Adlai Stevenson, on the other hand, had been divorced, and that was a big negative in those days of social propriety. Nelson Rockefeller, the New York governor, took a hit in the presidential game when, in 1963, he dumped his wife of 30 years and married a woman 18 years younger—just a month after her own divorce.

He lost a lot of votes in the process. That’s because people cared about such things then. Now, not so much. What changed? The coarsening of American society. Daniel Patrick Moynihan, the intellectual and longtime U.S. senator from New York, called it “defining deviancy down.”

As I’ve said before, it’s one thing to uphold common standards of decency and another to think they only apply to one person in the United States. 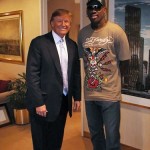 May 12, 2017
If the Church Needs to Include Caitlyn Jenner, What about Donald Trump?
Next Post 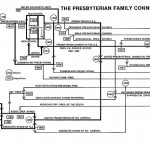 One out of Five Families Is...
Cranach
Related posts from Putting the Protest in Protestant