A Pro-Life Social Imaginary – What To Do with New York City?

Karen Swallow Prior makes the useful point that defending unborn children is bigger than electoral politics, legislation, or even POTUS speaking at the March for Life rally:

The way people in a community imagine their life together is referred to by philosophers, anthropologists, and sociologists as the “social imaginary.” This shared vision for our collective life is reflected in our laws, religion, institutions, economic systems, government, values, and (again) our symbols. Because everything we do is influenced by the values of the people and institutions around us, the social imaginary is at work in both our public policies and our private decisions. Our consciences are formed in community. Although in modern society, we think of abortion as a personal matter, it is a decision made very much within a social imaginary. We have widespread abortion today because we exist in a social imaginary that values human life less than other ideals such as individualism, materialism, autonomy, and self-construction. Yet, God designed us as human beings—made in the image of a trinitarian Creator—to be social creatures. From the start, we are all interdependent—each life forming from a biological union, each life dependent upon the mother, both her body and her will. There is no protecting the child apart from the mother. But the power of the social imaginary can sway a woman toward or away from abortion.

Prior adds that Donald Trump is not a good fit with this social imaginary:

I had long hoped for a president who was unabashedly pro-life, one who would stand with the tens of thousands who attend the March for Life each year to mark the anniversary of Roe v. Wade. (Four of the last six presidents opposed abortion; one of these addressed the march via video.) Some might think of such an act as only symbolic, mere virtue signaling. But symbols have power. So when Trump became the first president to join the March for Life this past January, it was a historical moment both for the pro-life movement and in the history of American politics.

Yet, standing far in the back of the crowd that day, listening to the president echo the polished phrases which we pro-lifers have carried in our hearts and on our banners all these years, I was unsettled. I heard truth being spoken, but not love. The letter did not reflect the spirit. Praise for the dignity and sanctity of human life from a man known for verbally abusing his critics, mocking the appearance of women, and fending off two dozen accusations of sexual assault rang hollow. This was not what I had pictured a pro-life presidency to be. The old adage rose to the surface: Be careful what you wish for.

What puzzles me (again) is that those like Prior who can imagine a nation that is compassionate to the unborn and to women who confront unwanted pregnancies and that sees Trump for what he is, seldom extend this social imaginary to elite cultural institutions like the New Yorker magazine. Forget that Prior received a glowing feature in the magazine a little while back. But do remember that if you want to think about abortion as something that transcends politics, you may also want to warn, “be careful what you wish for,” when it comes to media, educational, and cultural outlets that if you criticize make you look like Bob Jones or John R. Rice.

It’s not as if the New Yorker alone needs to be the sacrificial lamb for the sins of America’s cultural elites. It includes really good writing as well as positive estimates of questionable material. Some of that writing even contributes to a social imaginary that makes abortion plausible.

Which is only to say, that if you have a social imaginary that makes room for the New Yorker, can’t you also have one that includes the New Yorker who currently lives in the White House? 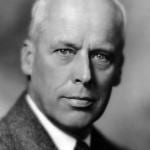 March 2, 2020
If Evangelical Support for Trump is Toxic, Won't It also Hurt Bernie?
Next Post 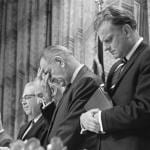 March 16, 2020 Can You Change Evangelicalism's Spots after Billy Graham?
Recent Comments
0 | Leave a Comment
"I can never keep myself from being annoyed by the disingenuousness of the "complementarian" label. ..."
NorrinRadd Are Complementarians America’s Taliban?
"All of the LGBTQ sexually are mentally ill ( have a depraved mind ). And ..."
D.M.S. Being Evangelical, Being Gay
"What did he contribute?"
Roger McKinney Is David French the Best Judge ..."
"That's because French was and is part of the "Cult of Bush.""
Johnny Davis Is David French the Best Judge ..."
Browse Our Archives
Related posts from Putting the Protest in Protestant