Can You Change Evangelicalism’s Spots after Billy Graham?

Here is part of my review of Thomas Kidd’s new book Who Is An Evangelical?

When historian Thomas Kidd was likely in diapers (the early 1970s), two books appeared that foreshadowed his own study of evangelicalism, Who Is an Evangelical? Part of a seven-book series called, “Evangelical Perspectives,” and edited by John Warwick Montgomery, the historian, Richard V. Pierard, and the sociologist, David O. Moberg, both complained that evangelicals were so attached to conservative politics and the Republican Party that they were in danger of betraying their faith. Pierard’s title, Uneasy Yoke: Evangelical Christianity and Political Conservatism (1970) gave his argument away. The evangelical church, he lamented, “had tied itself to the status quo of contemporary middle-class America and traded its prophetic ministry for a pottage of public acclaim and economic well-being.” In The Great Reversal: Evangelism versus Social Concern (1972), Moberg asserted that Nixon-era evangelicalism had abandoned social activism for spiritual ministry. Those evangelicals who supported Billy Graham while voting for Republicans had equated conservative theology with conservative politics and economics. As much as that argument seemed self-contradictory – evangelicals were showing social concern, but it was the wrong kind and did not count – Moberg reinforced Pierard’s critique. They may not have invoked race, but evangelicals’ reputation was clearly Republican, and it was, according to the authors, hurting the cause of Christ.

Thomas Kidd’s new book, Who Is An Evangelical?, unknowingly repeats this older gripe that evangelicalism is too Republican. The current version of evangelicalism’s “great reversal” is the about face that has afflicted born-again Protestantism thanks to the 2016 election of Donald Trump (in which according to many estimates eighty-one percent of the evangelical electorate cast votes for the Republican nominee). The Baylor University historian concedes that the dangers of partisan politics have bedeviled evangelicalism since the Cold War and during the Religious Right’s unqualified support for Ronald Reagan. But the crisis of evangelical identity reached fatal levels with support for Trump. The 2016 election has left evangelicalism with little meaning other than white and Republican. Unlike Pierard and Moberg, Kidd is not a critic of political conservatism. He may concede that Trump is not a very good conservative and that evangelicals have had good reasons for supporting previous Republican presidents. His intention is to save contemporary evangelicalism from the Republican Party of Donald Trump by revealing the movement’s demographic diversity. Ironically, if evangelicals heeded Kidd, they might be guilty of another great reversal that prioritized evangelism over social concern.

Key to Kidd’s strategy is definition. He characterizes evangelicals as “born-again Protestants who cherish the Bible as the Word of God and who emphasize a personal relationship with Jesus Christ through the Holy Spirit.” [4] Conversion, Scripture, and experience of the Holy Spirit, accordingly, allow Kidd to decide who is part of his story and whom to exclude. It is a curious approach if only because Kidd cites no historical, theological, or ecclesiastical sources for his definition. Nor does it shape the contents of his book since Kidd does not explore doctrines of regeneration, Scripture, or the Holy Spirit, investigation that would have supported his definition. As it stands, Kidd uses his own definition to select his subjects. The trouble with this approach becomes evident when he writes about Barack Obama. The former president claimed that during one service at Chicago’s Trinity United Church of Christ, while kneeling before the cross, “I felt God’s spirit beckoning me” [140]. For Kidd, this qualifies as a conversion, but it was a “mainline” variety, not “an evangelical conversion.” In contrast, he regards George W. Bush’s conversion as evangelical. Although the president avoided the phrase “born-again,” “he made it clear that Jesus had changed his ‘heart’” [136]. Kidd would likely agree that he lacks the capacity to discern a person’s heart. At the same time, the way he defines evangelicalism and selects his subjects reflects Kidd’s control over his material.

Read the rest (if you please). 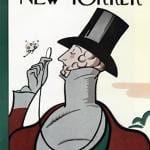 March 18, 2020 Evangelical Hypocrisy Deepens
Recent Comments
0 | Leave a Comment
"That headline is wrong. Evangelicals can also be good when in a persistent vegetative state. ..."
John (not McCain) A Good White Evangelical is a ..."
"HA HA HA u savages were killing & enslaving each other for a millennium. Everybody ..."
cosMICjester Trusting Non-Christians
"I recall a description cited as Godwin's Law. It seems to me that this is ..."
Wally15 Are Complementarians America’s Taliban?
"The author and the commenters so far are absolutely nuts. Name one legal right men ..."
Mirror Are Complementarians America’s Taliban?
Browse Our Archives
get the latest updates from
Putting the Protest in Protestant
and the Patheos
Evangelical
Channel
POPULAR AT PATHEOS Evangelical
1

List of New Testament Contributors—The Bible...
Crux Sola: Formed by Scripture to Live like Christ
Related posts from Putting the Protest in Protestant