Theology of the Cross says Losing is Winning (and winning losing)

Yesterday’s Supreme Court decision, Trinity Lutheran v. Comer, was on the surface a victory for religious liberty. The justices ruled, 7-2, that a Lutheran school with a playground was legally eligible to receive state funds for re-paving its playground. Technically, the court upheld the separation of church and state, but approved the cooperation of state and playground.

But Lutherans, who have a theology of two-kingdoms, are leery of such support from the state even for such apparently secular or public enterprises as playground surfaces. Lyman Stone explains why:

The experience of centuries has shown that far from sacralizing the state, public support of religious bodies secularizes the church.

There is abundant academic study and demonstration of the state-secularization model. Where there are established state churches, religious attendance is lower. Even in recent years, “deregulation” of religion has boosted religious participation, though not enough to offset a less religious cultural milieu. In colonial America, with its established, state-sponsored churches, just 18 percent of Americans were members of any church, and membership rose consistently until the 1970s; it remains well above 19th-century levels today.

Study of the 1996 welfare reform finds that government spending crowds out church giving by 20 to 38 percent. A study of several Western countries found that expansion of the welfare state largely explains the increase in secularization in recent years. Another study found that in European countries, compulsory schooling reduced religious expression even in countries with religious curriculum in public schools, like the United Kingdom.

But there’s a debate about what exactly is happening here. Does all government provision of benefits reduce religiosity? Or can some church-state partnership in public service provision benefit churches? That’s the classic worry of many secularists: that state support of religion will create religiosity, which might threaten the vital separation of conscience and state on which all peaceful pluralism depends.

However, a working paper released in February suggests that yes, indeed, government support secularizes religious practice, even very recently here in the United States. And the context is interesting, as it’s a study of state support of parochial schools via vouchers, an issue similar in its political meaning, if not in its practical details, to the Trinity case.

The authors of the study found that although an infusion of state money helped to prevent the closure of churches, “We fail to find evidence that vouchers promote religious behavior: voucher expansion causes significant declines in church donations and church spending on non-educational religious purposes” — that is, spending on missions, pastors, church social services, church maintenance, and so on. The effect of this crowding out is genuinely enormous: $230 million in voucher spending at Catholic schools in Milwaukee resulted in $60 million less in church donations, the authors found.

For secularists, voucher programs that help to prop up churches are very nearly the worst kind of church-state intimacy. For many advocates of religious education, meanwhile, state vouchers are seen as a solution to a whole host of problems — and, yes, as a way to promote religiosity. It turns out both sides may be wrong.

Strong government support for religion is a poison pill that offends the secular and defiles the sacred. It is true that denying a church the right to get the state to pay for its playground is mere prejudice written in law, which should be undone, if for no other reason than the appalling historical provenance of these laws. But it is also true that when a church becomes a client of the state, that church has bought itself a potter’s field.

It’s not clear what drives these effects. Maybe churches propped up by vouchers for their schools feel less urgency in soliciting donations or seeking new members, since vouchers pay the bills and “school families” fill the pews (especially if being a church member gives a discount). Maybe expanded schools divert pastoral and lay volunteer attention away from other religious activities like hospital visits or soup kitchens, depriving religious endeavors of vital human resources.

The exact mechanism remains murky, but the broader moral of this story is very clear. For religious people in America, the optimal environment is a maximum of religious liberty — and minimum of state discrimination along religious lines — alongside voluntary avoidance of state support. From hospitals to schools to social welfare, when the state steps in, true religion is usually pushed out.

Stone goes on to document the experience of state churches in Europe that receive huge subsidies from tax payers but enlist almost no devotional support from the population.

Stone ends with this warning:

I have friends who have been parishioners at Trinity Lutheran, and it is preposterous to think that if Missouri helps pay for a playground, that will be the end of true faith there. A playground really is just a playground. But this is how it begins: first with a playground or two, then grants for instructional buildings, then church maintenance, then vouchers for tuition, then direct grants — and pretty soon you’re a public school. And, oh, by the way, the state of Missouri isn’t okay with your pastor preaching this or that teaching of the church anymore. Oh, you want to preach that anyway? Nice school you got there. Shame if anything should happen to it.

That is Christ and culture in paradox, the fourth of H. Richard Niebuhr’s five approaches to Christ and culture. Americans don’t handle paradox well — think the White House. But Christians should since the only way we gain life is through the death of God’s only begotten son.

A seed has to die to give life. That could mean that a faith that gains a seat at the table loses its saltiness. 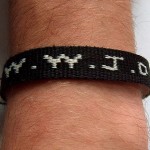 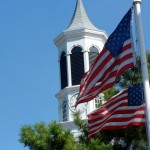 July 4, 2017 Ecclesiastical Independence
Recent Comments
0 | Leave a Comment
"I can never keep myself from being annoyed by the disingenuousness of the "complementarian" label. ..."
NorrinRadd Are Complementarians America’s Taliban?
"All of the LGBTQ sexually are mentally ill ( have a depraved mind ). And ..."
D.M.S. Being Evangelical, Being Gay
"What did he contribute?"
Roger McKinney Is David French the Best Judge ..."
"That's because French was and is part of the "Cult of Bush.""
Johnny Davis Is David French the Best Judge ..."
Browse Our Archives
Related posts from Putting the Protest in Protestant