Where does the American War for Independence mesh with the Protestant Reformation? The short answer is a rejection of sacral monarchy. British colonists rejected divine-right monarchy (which allowed Parliament, mind you, to raise taxes without representation). Protestants, from Lutherans to Anabaptists, rejected a divine-right sacral monarch, also known as the pope.

So is it odd or fitting to observe at this celebration of July 4th that the Roman Catholic Church, according even to its own members, is suffering from the tyranny of monarchy:

In four years as pope, Francis has instituted a deeply personal (some might say autocratic) regime that is without precedent in living memory. While the popes have always been absolute monarchs—at least theoretically—during the last century they have consistently respected a delicate system of checks and balances, perfected under Paul VI, according to which the pope carefully weighs the advice of the curial cardinals before making decisions. Pope Francis has all but dismantled this fine-tuned instrument. In consequence, he enjoys a plenitude of power unknown to his last six or seven predecessors.

When will U.S. Roman Catholics declare their independence and become the North American Catholics? 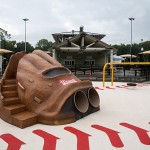 June 27, 2017
Theology of the Cross says Losing is Winning (and winning losing)
Next Post 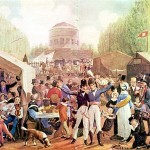 July 4, 2017 What Patriotism Isn't
Recent Comments
0 | Leave a Comment
"I can never keep myself from being annoyed by the disingenuousness of the "complementarian" label. ..."
NorrinRadd Are Complementarians America’s Taliban?
"All of the LGBTQ sexually are mentally ill ( have a depraved mind ). And ..."
D.M.S. Being Evangelical, Being Gay
"What did he contribute?"
Roger McKinney Is David French the Best Judge ..."
"That's because French was and is part of the "Cult of Bush.""
Johnny Davis Is David French the Best Judge ..."
Browse Our Archives
Related posts from Putting the Protest in Protestant