Finding Jesus at the American Academy of Religion

Not many Americans pay much attention to the American Academy of Religion, the professional scholarly organization that has “religion” as its specialty. Religion needs to be in scare quotes because the AAR is an academic empire that tries to include the provinces of sociology, ethics, theology, history, anthropology — the list goes on. Each of these other disciplines, like ethics or theology, have some of their own methods and subjects. Religion as a generic catch all does not. But the best that scholars who study religion can do is form a body with “religion” as the category that brings roughly 8,000 professors and aspiring scholars to its annual meetings.

In the category of ignorance about the AAR should also be the historical fact that before 1965 the organization was actually called the National Association of Biblical Instructors. NABI had started earlier in the twentieth century when those teaching the Bible and ethics at America’s colleges and state universities decided to form an organization to discuss matters pertinent to their own work. Of course, by the 1960s “Bible” and “Instructors” were not terms that gave status to professors. The Supreme Court had ruled that Bible reading in public schools was unconstitutional, and instructors sounded more like high school than higher education. And so, NABI renamed itself as the American Academy of Religion. This sounded much more scholarly and much less Protestant — which the older organization had been implicitly.

As a result, the study of religion is supposed to be scientific, not theological, academic, not ecclesiastical. When someone like George Marsden came along twenty or so years ago and argued for Christian scholarship, professional religion scholars were worried where such explicitly religious convictions would lead. Here is how Winnifred Fallers Sullivan put it for The Council of Societies for the Study of Religion Bulletin:

Neither is it outrageous that one’s religious commitments, along with other aspects of one’s personal and social history, should be seriously and thoughtfully reflected upon. What provokes outrage is the idea promoted here, as it was by Stephen Carter, in The Culture of Disbelief (1993),Ί that the world is divided into two camps, those “with faith” and those “without faith.” It is this idea that gets the secularists on their high horses. Dividing the world between the “saved” and the “damned” or those “with faith” and those “without faith” is an occupation of churches not of universities or political institutions.

This background — the transformation of the study of religion in American higher education, from faith-friendly to scientifically secular — makes the recent declaration by professional religion scholars remarkable. According to Mark Tooley, a group of religion scholars, in Boston for the annual convention of the AAR (not to be confused with AARP), gathered at the city’s South Church to issue the Boston Declaration, which begins this way:

As followers of Jesus, the Jewish prophet for justice whose life reminds us to, “Love your neighbor as yourself” (Mark 12:31) we hear the cries of women and men speaking out about sexual abuse at the hands of leaders in power and we are outraged. We are outraged by the current trends in Evangelicalism and other expressions of Christianity driven by white supremacy, often enacted through white privilege and the normalizing of oppression. Confessing racism as the United States’ original and ongoing sin, we commit ourselves to following Jesus on the road of costly discipleship to seek shalom justice for the least, the lost, and the left out. We declare that following Jesus today means fighting poverty, economic exploitation, racism, sexism, and all forms of oppression from the deepest wells of our faith.

These scholars committed to scientific ways of studying religion go on to identify proudly with “the Jesus Way”:

The Jesus Way continues through our best, prayerful, honest, and empirical attempts to understand why and how the world has come to be in the shape it is today. This pathway calls us to act in ways that are Spirit-led and strategic in confronting evil wherever evil exists, to combat ignorance wherever ignorance has led people astray and to place our lives and our bodies on the line with whoever is being threatened, beat down, or oppressed in any way, anywhere.

As followers of Jesus who is our Sabbath, who preached and lived Shalom, and who offers the gift of jubilee to the world, we mourn the coarseness of our politics, the loss of compassion for those in need, the disrespect we routinely show each other, and the thoughtlessness with which we use and abuse our planet. We especially mourn the way in which the name of Jesus has been used to support and encourage actions and attitudes that demean others and threaten the community of creation.

Not since the days of the National Association of Biblical Instructors was the leading scholarly organization devoted to matters religious so explicitly Christian. 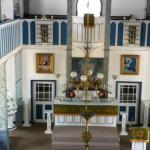 November 28, 2017
The Protestant Crisis That Is Evangelicalism
Next Post 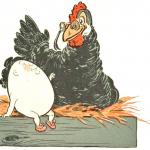 How to Explain Advent to People...
Ponder Anew
Related posts from Putting the Protest in Protestant