The Evangelical Narrative Will Not Put Humpty Dumpty Back Together

The Evangelical Narrative Will Not Put Humpty Dumpty Back Together December 5, 2017 D. G. Hart

Historians who self-identify as evangelical have had lots of work lately since the inauguration of President Trump. What might evangelicalism possibly mean if 81% of born-again Protestants voted for the Republican candidate? And what in evangelicalism’s history might explain the unprecedented support for a person so far from pious Protestant sensibilities? (One explanation that’s fairly handy — look at evangelicals’ choice in the 2016 contest; we didn’t have Abraham Lincoln running against Stephen Douglas.) And now that women are talking about Roy Moore even as evangelicals in Alabama apparently continue to support the candidate for Senator, the job facing evangelical historians is even more difficult. What is evangelicalism? Do evangelicals have a common history and a shared identity?

If by evangelical someone means — which has been the short-hand since the 1940s — conservative Protestant, that is, someone who opposes or is ambivalent about the mainline Protestant denominations because those churches failed to be clear in their defense of the Bible and the articulation of basic Christian truths, then Chris Gehrz’s Evangelical Covenant Church (ECC) and my own Orthodox Presbyterian Church (OPC) are evangelical — professor Gehrz’s communion even has “evangelical” in its name — very handy. So is the history of his denomination similar to the history of the OPC or are they part of the same story? Hardly. This is where the idea that evangelicalism is a common identity seriously breaks down. The evangelical narrative typically runs rapidly from the Reformation — but please, not too much detail on the differences between Luther and Zwingli, or between Menno Simmons and John Knox — to the Puritans and then the awakenings of the eighteenth century in the English-speaking world, to the revivals and agencies of the Second Pretty Good Awakening of the nineteenth century, down through the urban revivalists like Dwight L. Moody and Billy Sunday, to Billy Graham, the National Association of Evangelicals, Christianity Today, and Fuller Seminary. To find either Gehrz’s ECC or my own OPC in that narrative takes some work. In fact, in the festschrift for Mark Noll, Turning Points in the History of American Evangelicalism, neither the ECC nor OPC make the cut.

As much as evangelicalism tries to be inclusive, it winds up regarding as unimportant the convictions and practices that give denominations like the OPC and ECC a reason for existence. To be an evangelical means not making too big a deal of your Pietism (Gehrz) or Presbyterianism (me). Instead, you have to lose those aspects of Pietism that make you a Pietist, or of Presbyterianism that make you a Presbyterian in order to be a good evangelical. Try insisting that evangelicals affirm what Orthodox Presbyterians do about predestination and election and watch the room clear. (This is, by the way, similar to what American nationalism requires of its citizens — you give up some of your particularity to be an American. In my own case, being a Hart, or a graduate of Temple University, or a heterosexual man who loves cats have little to do with what it means to be a patriot. American identity transcends the accidents of each person living in the United States — or is supposed to.)

One marker, however, in the evangelical narrative remains strong beyond the squishy ideals of conversion, evangelism, activism, or reverence for the Bible. That indicator is New England and its offshoots. If you want to be an evangelical in America, you generally need to trace your religious lineage to the Puritans. Jonathan Edwards was of course a Puritan, and George Whitefield is buried in New England. Charles Finney’s people came from New England and the voluntary associations that generated the so-called Benevolent Empire (Sunday school, missions, seminaries, Bible and tract societies) had their start in New York and New England where Congregationalists were strongest. Moody founded a school in Massachusetts — the Mount Herman School. And the leaders of the National Association of Evangelicals had important ties to New England. Harold John Ockenga, the NAE’s first president, was a minister at Boston’s Congregationalist Park Street Church (even while he presided over Fuller Seminary). Even Billy Graham gained some of his New England bona fides by attending Wheaton College, a school founded by Jonathan Blanchard, a Congregationalist with roots in New England.

In fact, the appeal of New England for both American and evangelical narratives is so strong that even Roman Catholics have come round to the Puritans:

Thomas More College of Liberal Arts, in Nashua, New Hampshire, today announced the inauguration of a new initiative: the Center for the Restoration of Christian Culture.

The Center is designed to address the crisis of our age: the crisis of a civilization that has drifted from the principles on which it was founded. Its mission is a revival of Christian culture in New England: a region that has always been a seedbed of new ideas and ideals—a region whose original European settlers first sought to build “a shining city on a hill.”

To belong in American means tracing your roots to the Puritans. 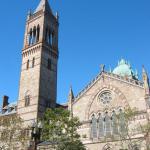 December 1, 2017
Finding Jesus at the American Academy of Religion
Next Post 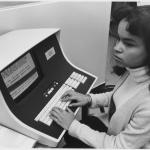 December 7, 2017 Evangelicals Talk Funny
Recent Comments
0 | Leave a Comment
"Yes. When we’re baptized by water it is that we’re testifying to our congregation that ..."
D.M.S. Fundamentalists and Evangelicals as Outsiders
"But it was considered to be a believer's baptism. He identified as "born again" and ..."
Cindy Westfall Fundamentalists and Evangelicals as Outsiders
"Being a Calvinist, probably everyone he's ever met."
Noel C What Is Wrong with David French?
"Only a brainless imbecile would think that French is a 'socialist', so it's no surprise ..."
Noel C What Is Wrong with David French?
Browse Our Archives
get the latest from
Putting the Protest in Protestant
Sign up for our newsletter
POPULAR AT PATHEOS Evangelical
1

The 2021 SBC and the Cost...
Anxious Bench
Related posts from Putting the Protest in Protestant

The Faiths of Others
I am very pleased to announce that a book that I have...
view all Evangelical blogs
What Are Your Thoughts?leave a comment
Copyright 2008-2021, Patheos. All rights reserved.