Paul Elie reviews Ross Douthat’s new book on Pope Francis. Notice what he leaves out (behind):

As a first draft of history, “To Change the Church” is a high-wire act, an effort to maintain a balance between theology and polemics for a wide public. And yet the air is thin up there, the wire narrow and tight. From above, Douthat, seeing every act as a tactical move in the culture wars, pushing every hypothesis to its limit, ignores human experience. Left out is the prospect that Francis called a synod about marriage and family not because he wanted to fly the flag of the sexual revolution but because marriage and family are where so many people in our time encounter the paradoxes of body and soul, self-fulfillment and self-sacrifice. Left out is the fact that Catholics don’t skirt the church’s teaching on marriage just to make things easier for themselves; they say, “By what right do those child-abuse-indulging clerics tell me that my marriage is adulterous while twice-divorced, thrice-married Newt Gingrich is now a Catholic in good standing, living in Rome as the spouse of his ex-aide/girlfriend who is the United States ambassador to the Vatican?” Left out are the signs that the traditionalists don’t want to tamp down divorce so much as bar the door to same-sex marriage. Left out is the truth that sexual behavior is more fluid than the culture-war schema allows: that there are conservative libertines as well as liberals who live marriage faithfully (even chastely). . . .

Left out, especially, is the home truth that the Catholic Church has changed already. Vatican II was at once the church’s response to a crisis and the perpetuation of it. In less than five years the council fathers made changes whose number and scale dwarf the modest proposals floated in Francis’ pontificate — made them over the objections of Bill Buckley and other pundits who styled themselves as more Catholic than the pope. The biggest change had to do with the church’s relationship to Judaism, other churches and other religions. In a few strokes, Jesus’ hard saying “No one comes to the Father except through me” and its Catholic expression (“Outside the church there is no salvation”) were softened and qualified. The change was profound and tradition-defying. Ever since, the church has affirmed the integrity of other faiths; ever since, Catholics have had to ask themselves, “Why be Catholic, when other ways are O.K., too?” Ever since, there has been no one clear answer.

What if Elie was worried (as Douthat is) about sin and divine judgment? If the church has an obligation to steer the faithful away from mortal sin because the consequences are some level of Dante’s Inferno, then worrying about sin is to consider the person’s experience. Struggling here may be superior to suffering torment forever. Or am I missing something?

2. By “Roman Catholicism” I mean that grand historical, theological, and juridical construction which has its origin in the Hellenization (in terms of the philosophical aspect” and Romanization (in terms of the political-juridical aspect) of primitive Christianity and is based on the primacy of the successors of Peter, as emerges from the crisis of the late ancient world and from the theoretical systematization of the Gregorian age (“Dictatus Papae”).

Over the subsequent centuries, the Church also established its own internal legal system, canon law, looking to Roman law as its model. And this juridical element contributed to gradually shaping a complex hierarchical organization with precise internal norms that regulate the life both of the “bureaucracy of celibates” (an expression of Carl Schmitt) that manages it and of the laity who are part of it.

The other decisive moment of formation of “Roman Catholicism” is, finally, the ecclesiology elaborated by the council of Trent, which reiterates the centrality of ecclesiastical mediation in view of salvation, in contrast with the Lutheran theses of the “universal priesthood,” and therefore establishes the hierarchical, united, and centralized character of the Church; its right to supervise and, if need be, to condemn positions that are in contrast with the orthodox formulation of the truths of faith; its role in the administration of the sacraments.

This ecclesiology finds its seal in the dogma of pontifical infallibility proclaimed by Vatican Council I, put to the test eighty years later in the dogmatic affirmation of the Assumption of Mary into heaven (1950), which together with the previous dogmatic proclamation of her Immaculate Conception (1854) also reiterates the centrality of Marian devotion.

It would be reductive, however, if we were to limit ourselves to what has been said so far. Because there also exists – or better, existed – a widespread “Catholic mindset,” made up of the following:
– a cultural attitude based on a realism with regard to human nature that is sometimes disenchanted and willing to “understand all” as a precondition for “forgiving all”;

– a non-ascetic spirituality that is understanding toward certain material aspects of life, and not inclined to disdain them;

– engagement in everyday charity toward the humble and needy, without the need to idealize them or almost make new idols of them;

– a willingness also to represent itself in its own magnificence, and therefore not deaf to the evidence of beauty and of the arts, as testimony to a supreme Beauty toward which the Christian must tend;

– a subtle examination of the most inward movements of the heart, of the interior struggle between good and evil, of the dialectic between “temptations” and the response of conscience.

It could therefore be said that in what I call “Roman Catholicism” there are interwoven three aspects, obviously in addition to that of religion: the aesthetical, the juridical, the political. This is a matter of a rational vision of the world that makes itself a visible and solid institution and fatally enters into conflict with the idea of representation that emerged in modernity, based on individualism and on a conception of power that, rising from the bottom up, ends up bringing into question the principle of authority.

What about the Christological, soteriological, harmitiological (study of sin), and eschatological (study of the last things)? If Roman Catholicism is really about the cultural and political development of the West, that’s impressive and we in the modern era benefit from Rome’s place in medieval and modern history. But if Christianity was about saving people from sin, the Ross Douthat may well be well advised to worry about his church and the messages it could send about adultery and divorce. 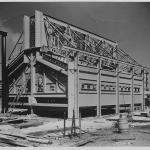 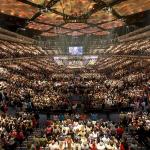 April 26, 2018 Another Take on the EIGHTY-ONE PERCENT
Recent Comments
0 | Leave a Comment
"I can never keep myself from being annoyed by the disingenuousness of the "complementarian" label. ..."
NorrinRadd Are Complementarians America’s Taliban?
"All of the LGBTQ sexually are mentally ill ( have a depraved mind ). And ..."
D.M.S. Being Evangelical, Being Gay
"What did he contribute?"
Roger McKinney Is David French the Best Judge ..."
"That's because French was and is part of the "Cult of Bush.""
Johnny Davis Is David French the Best Judge ..."
Browse Our Archives
Related posts from Putting the Protest in Protestant