Alan Jacobs asks what’s the point of writing another book:

What is the point? and could not come up with any answers. As an evangelical Anglican Christian and a professor of the humanities, I have spent my adult life in service to the church and the academy, and I don’t know how anyone could look at either of those institutions right now and see them as anything but floundering, incoherent messes, helmed largely by people who seem determined to make every mess worse. I want to grab those leaders by the lapels and shout in their faces, “I’m trying to contain an outbreak here, and you’re driving the monkey to the airport!” What good has anything I’ve written ever done? Why bother writing anything else? What is the point? The monkey’s already at the airport, securely stashed in the airliner’s cargo hold, and the plane is taxiing down the runway.

That is one way of looking at it, but for me writing has become more habitual than transformational. It is what I do, not my chance to change the world. Of course, anyone who spots one of his books in the library stacks or at the local book store gets the kind of thrill that Chris Matthews felt when watching President Obama. But that isn’t what Jacobs is addressing. His point is not about fame or notoriety but about the point of it all.

What he doesn’t seem to consider is that writing books is simply what he does. It’s like Woody Allen making one film EVERY YEAR!!!! for almost forty years apparently because it is the way he lives his life. It is like Mark Noll, the great evangelical historian, cranking out book after book not because he thought he would change evangelicalism or the United States but because writing is part of his responsibility and gift as a historian. You don’t plant a garden to change the world, nor mow the grass, take out the trash, clean the bathroom, go to the office, or volunteer at the local food kitchen. Well, maybe some of you do. But others don’t. Some perform these tasks as part of who they are (or how they live before God).

H. L. Mencken was no Christian but even he recognized that writing was something that came naturally to him, not a gift to transform society, but basic to his human constitution:

I go on working for the same reason that a hen goes on laying eggs. There is in every living creature an obscure but powerful impulse to active functioning. Life demands to be lived. Inaction, save as a measure of recuperation between bursts of activity, is painful and dangerous to the healthy organism—in fact, it is almost impossible. Only the dying can be really idle.

The precise form of an individual’s activity is determined, of course, by the equipment with which he came into the world. In other words, it is determined by his heredity. I do not lay eggs, as a hen does, because I was born without any equipment for it. For the same reason I do not get myself elected to Congress, or play the violoncello, or teach metaphysics in a college, or work in a steel mill. What I do is simply what lies easiest to my hand. It happens that I was born with an intense and insatiable interest in ideas, and thus like to play with them. It happens also that I was born with rather more than the average facility for putting them into words. In consequence, I am a writer and editor, which is to say, a dealer in them and concoctor of them.

There is very little conscious volition in all this. What I do was ordained by the inscrutable fates, not chosen by me. In my boyhood, yielding to a powerful but still subordinate interest in exact facts, I wanted to be a chemist, and at the same time my poor father tried to make me a business man. At other times, like any other realtively poor man, I have longed to make a lot of money by some easy swindle. But I became a writer all the same, and shall remain one until the end of the chapter, just as a cow goes on giving milk all her life, even though what appears to be her self-interest urges her to give gin.

Whether Jacobs picks up Mencken or not, I hope he writes many more books. 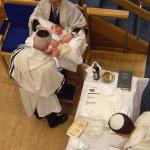 July 6, 2018
The Attorney General Can't Use the Bible but Journalists Can
Next Post 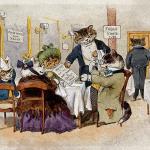 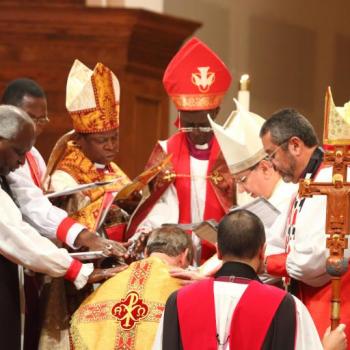