Doubts about One Accuser, Credibility for Another

Doubts about One Accuser, Credibility for Another September 26, 2018 D. G. Hart

What would happen if the reporters and editors at Time were as hard on Christine Blasey Ford as they were on Carlo Maria Vigano?

Here’s how Time read the tea-leaves of the archbishop’s letter about Theodore McCarrick:

Vigano and other conservative Catholics are against Pope Francis’s efforts to welcome back into the church Catholics who are gay or lesbian, or divorced and remarried, the Times reports. Conservative American Catholics have also criticized Francis for his progressive politics, including his desire to protect refugees and immigrants and stop climate change.

Vigano’s letter aimed to connect the issue of sex abuse in the church with the acceptance of homosexuality by Francis, even though he has not made any definitive changes on the church’s teachings on homosexuality.

“The seriousness of homosexual behavior must be denounced,” Vigano wrote, citing work by an academic to support his claim that “homosexual networks” are the reason for rampant abuse in the church.

The criticisms against Francis mark a rare moment of Catholic leaders coming out openly against the pope.

“This is something we’ve never seen. Usually accusations are made anonymously,” Faggioli says. “They don’t reach the global mainstream media. If you start condemning people, the legal ground is unclear. The problem is a few of the people accused might think that the safest thing is to start talking about other people and that is when the whole house of cards is going to collapse.”

If Vigano had an agenda, what about Ford?

It was 1982 or thereabouts: “Eye of the Tiger,” Reaganomics, E.T. Christine Blasey, approximately 15, lived in an affluent suburb of Washington, D.C., and attended an elite all-girls private school in Bethesda, Md. One summer night, perhaps after a day at the country-club pool, she went to a party at someone’s house. She was wearing her one-piece bathing suit under her clothes.

She drank beer in the family room, along with some boys she didn’t know well. They were from Georgetown Prep, the all-boys private school a few miles away. The boys at Georgetown Prep had fathers who were lobbyists and businessmen and government officials. They were being groomed to perpetuate the prosperity and status into which they’d been born.

In Ford’s account, Kavanaugh pushed her into a bedroom as she came up the stairs. Loud music was playing. His friend Mark Judge, across the room, was laughing, Ford recalled, as a drunken Kavanaugh pinned her down and tried to get under her clothes to her teenage body.

Ford wasn’t laughing. She was terrified. What if I die? she thought. She tried to scream, but he covered her mouth with his hand. He fumbled, frustrated, with her swimsuit. Finally, after Judge jumped on them, she wriggled free, locked herself in a bathroom and, when she’d heard the boys leave the room, ran out of the house, she said in an interview with the Washington Post.

About a decade later, as Ford moved through young adulthood to her academic career, a different man, Clarence Thomas, was nominated to the Supreme Court. Anita Hill, a woman who’d worked with him, came forward to accuse him of a prolonged campaign of sexual harassment. She faced a wall of male Senators from both parties, who needled and disbelieved her, and voted through the nominee, after he called the hearing a “high-tech lynching.” A year later there was an election, and women mobbed the polls, vastly expanding their numbers in Congress. Hill had lost her confrontation with the forces of power, but she’d helped propel a decades-long shift in the way women perceived their place in society.

Many more years would pass before Christine Blasey Ford confronted what she said happened when she was a teenager. Thirty years after the alleged incident, a 51-year-old married mother of two working as a research psychologist at a university in Northern California, it still weighed on her. She’d never told anyone the details of the incident until, in 2012, she related the story to her therapist and her husband. Notes from that session largely corroborate her account, according to the Post story, but if Ford said the boy’s name, the therapist didn’t write it down.

By July 2018, the boy she remembered was mentioned on the short list of potential nominees to the Supreme Court. The last thing she wanted was to be caught in the middle of that–she had a quiet life, was politically liberal but hardly an activist, had suffered enough already. But it didn’t feel right not to say anything. So she sent a letter to her Congresswoman and left an anonymous message on a newspaper tip line. She figured they would find a way to do something about it; she figured she could keep her name out of it.

The Congresswoman and the newspaper didn’t know what to do with the anonymous accusation. The boy was on course to replace his former boss, retiring Justice Anthony Kennedy, potentially changing the face of American law by cementing a conservative majority for a generation. On July 30, Ford wrote a letter to California Senator Dianne Feinstein, the top Democrat on the Judiciary Committee, saying Kavanaugh had assaulted her but requesting anonymity. Feinstein said nothing publicly until mid-September, when, with Kavanaugh on the cusp of his confirmation vote, she announced that she had referred an unspecified matter to the FBI.

The story’s attribution of innocence to Ford, the Democrats, and the press is mind-numbing since we are not living in Leave it to Beaver’s America. She had to “find a way to do something.” Such patriotism. The Congresswoman and newspaper “didn’t know what to do.” We are ten years past The Wire. Everyone knows people are not this naive.

And yet, when an archbishop goes rogue on the progressive pope, the motivations become the story. 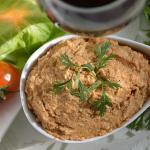 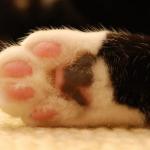 September 28, 2018 If Cats Declare the Glory of God, Why not Unregenerate Truck Drivers?
Recent Comments
0 | Leave a Comment
Browse Our Archives
get the latest updates from
Putting the Protest in Protestant
and the Patheos
Evangelical
Channel
POPULAR AT PATHEOS Evangelical
1

Rethinking Grace
What does it mean to receive the grace of God? What does...
view all Evangelical blogs
What Are Your Thoughts?leave a comment
Copyright 2008-2021, Patheos. All rights reserved.