What makes this “weird” is the growing appeal of integralism, a piece of Roman Catholic political theology that is fundamentally at odds with the liberalism of the U.S. Constitution and its separation of church and state. Edmund Waldstein explains:

Robert George and Catholic proponents of classical liberalism in general fall into the first group: they desire a restoration of a “moderate” liberal society in which a broad consensus exists among believers of various denominations and religions on the dignity of the human person, and in which political institutions are understood as being for the sake of defending that dignity and the rights that follow from it. On the other hand, Adrian Vermeule, and Catholic integralists more generally, wish to establish something more like the paleo-Durkheimian arrangement of the baroque confessional state. Or, perhaps even more radically, they wish to work towards something like High Medieval Christendom. In that arrangement, as Andrew Willard Jones has shown in his masterful book Before Church and State, it makes no sense to distinguish Church and state as separate spheres at all; rather there was one single kingdom in which spiritual and temporal authorities cooperated. Thinkers who promote such an integration do not necessarily want to emulate the Middle Ages in other respects. Vermeule, for instance, argues for further development of a robust administrative state, of a sort that St. Louis IX could never have imagined. But the crucial point is that integralists want an ordered relation of temporal and spiritual power in the deliberate pursuit of the good for human beings.

This is not simply about the right relation between pope and emperor, or bishop and prince, or church and republic. This is about the redemption of the world:

Only through Christ can human nature be healed of its wounds, liberated from the devil, and freed to achieve even its natural end. As Tom Pink argues (in a forthcoming essay for The Josias) such liberation takes place through conversion and Baptism. Every part of the world has to be converted and exorcised in order to liberate it from demonic power. This includes political institutions. As long as political institutions attempt to remain “neutral” towards the Church of Christ, they will in fact be under the power of the Prince of this World.

When John Allen wrote about Weird Catholic Twitter, it was something that readers could find on Twitter (as long as Adrian Vermeule didn’t block you). But now it is gaining traction and finding outlets at conferences sponsored by institutions like the University of Notre Dame. Rod Dreher recently wrote a running commentary about one such conference. His further reflections led him to wonder if giving the church political power was such a good thing:

integralism grants the Catholic state the right — and even, if Pius IX is to be believed, the obligation (“Non possumus”) — to do things like remove baptized Jewish children from their families, for their own supposed good. How secure could any of us non-Catholics, or Catholic dissenters from Catholic orthodoxy, be under an integralist order? In the High Middle Ages, popes would put entire cities under interdict (a state in which everyone there was forbidden to receive the Sacraments) when the political behavior of the city governments opposed the temporal goals of the pontiff. Do Catholics really want to live under an order in which the Patriarch exercised the right to deny the Sacraments to the King’s enemies?

What is the appeal of such views now? John Allen put that question to the New York Times’ Ross Douthat back when this was weird on Twitter:

Douthat explained that he sees a generational difference with Catholics younger than him (he’s 38), for whom the liberal order doesn’t mean WWII, the post-war economic boom, and construction of a unified Europe. Instead, it means the Iraq war, the economic collapse of 2008, and losing many of the cultural battles in which Catholics are most invested.

As opposed to older Catholic conservatives who want to save liberalism, Douthat said, these younger Catholics are seeking root-and-branch alternatives.

I got a taste of that when the 20-something student who asked the question approached me afterwards and seemed quite enthusiastic when I suggested he might want to take a look at the antecedents of modern Catholic social teaching in the papacies of Gregory XVI and Pius IX, since that’s when the Catholic rejection of modernism tout court reached a zenith. There’s also an intersection between this anti-modern thrust and today’s environmental movement; some modern Catholic ecologists see Gregory XVI as a patron saint, actually, among other things for his rejection of locomotive trains in the Papal States.

The problem with that explanation is that Vermeule, the integralist at Harvard, is twelve years older than Douthat. He’s 50.

Of course, it’s a free country and Christians of all stripes are free to believe whatever they want. Integralists don’t seem to be thankful, though, for a country that allows you to teach one thing (the constitution) and believe another (integralism). If you, readers, see the proximity of integralism to integrity, you’re thinking like I am. 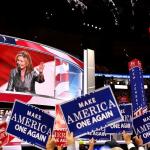 November 8, 2018
Does Place Matter More than Faith?
Next Post 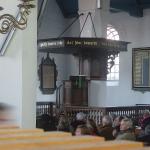 November 14, 2018 When Pastors Won't Stay in the Pocket
Recent Comments
0 | Leave a Comment
Browse Our Archives
get the latest from
Putting the Protest in Protestant
Sign up for our newsletter
POPULAR AT PATHEOS Evangelical
1