The Problem with History

Historians are an insecure lot and all the more so with recent developments. First came the glamorous Harvard University historian, Jill Lepore’s verdict that historians had lost an audience with the public, which was easy for her to say since she is a staff writer for The New Yorker. (How many historians can that magazine publish and do they ever take submissions from faculty at Illinois Post-Industrial State University?) Then came news that history majors have declined, an apparent indication that not only have college-educated Americans given up reading professional historians but even the ones in college don’t have much interest in those faculty whom the higher education establishment credentialed to conduct the science we know as history. Various historians have responded and some have pushed back against Lepore’s argument that professional historians are too professional for their own or the reading public’s good.

But that did not stop Hal Brands and Francis Gavin from piling on by using the s-word (as in suicide):

Yet as the historical discipline (like much of the American academy) became more professionalized, especially after World War II, it also became more specialized and inward-looking. Historical scholarship focused on increasingly arcane subjects; a fascination with innovative methodologies overtook an emphasis on clear, intelligible prose. Academic historians began writing largely for themselves. “Popularizer” — someone who writes for the wider world — became a term of derision within the profession.

Similarly, after the Vietnam War drove a wedge between government and the academy, historians tended to shun constructive engagement with policymakers in favor of a more confrontational approach premised on “speaking truth to power.” They came to regard “presentism” — using the past as a way of addressing the challenges of the present — as a distortion of the historian’s task. “History,” wrote one prominent historian in a stinging indictment of the relationship of an earlier generation of intellectuals to the federal government, “cannot in the first instance be concerned with navigating the ship of state.”

The result of these changes is a discipline that feels remarkably parochial to students or anyone outside the ivory tower. As Harvard’s Jill Lepore, the profession’s leading exception to these trends, recently pointed out, “The academy is largely itself responsible for its own peril. The retreat of humanists from public life has had enormous consequences for the prestige of humanistic ways of knowing and understanding the world.”

Here’s the thing. Historians are supposed to have historical perspective. And even though the recent report is new, the problems confronting academic specialists and wider publics are as old as the hills formed by the time of the rise of the research university (roughly 1876 in the U.S.). For that reason, hearing the recently deceased Leo Ribuffo on the historical profession from about 15 years ago is profitable (and it always good to read Leo):

H. L. Mencken joked long ago that historians were failed novelists. Would that it were so! In our day, they are less likely to be good storytellers than second-string social theorists who problematize questions that need not be problems, let alone major problems. Did artisans in Hartford, Connecticut differ from their counterparts in Bridgeport, Connecticut? Believe it or not, they did if you look closely enough. Do “the people” blindly yield to capitalist hegemony or do they sometimes think and act for themselves? Do they have “agency?” Guess what? The answer is “Yes!”

Even if every practitioner of local social history wrote as well as William Faulkner or Sherwood Anderson, the prevalence of this genre would present problems. Of necessity, the authors magnify small differences. This approach, combined with the assumption that there should be no “master narrative” (even provisionally for the purpose of addressing large questions), undermines broader frames of reference and obscures larger realities. For instance, American historians ritualistically repeat that the United States is one of the most diverse nations in the world. On the contrary, and especially if we count for this large question only the native born population, the United States is not even one of the most diverse countries in the Western Hemisphere.

So historians have always had problems. Yet, even Leo could look on the bright side:

There is hope for something beyond caution and quibbling. You do not have to be a demographer or futurologist, only a regular at faculty meetings, to notice that the long predicted wave of retirements will finally start to occur within a decade. Then, briefly, demand for academic historians will once again exceed supply for roughly a decade. Another forty-year job crisis will undoubtedly follow. During this interlude, however, free spirits among Generation X-ers and the “millennial” generation that follows may feel sufficiently secure to problematize questions that are significantly problematic.

In the meantime, ain’t it awful? You bet. It always is. 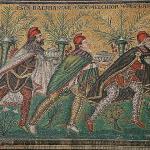 December 10, 2018
Were the Angels and Shepherds Wrong not to Venerate Mary?
Next Post 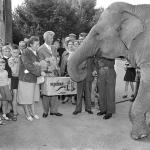 December 14, 2018 Roman Catholic Exceptionalism
Recent Comments
0 | Leave a Comment
Browse Our Archives
get the latest from
Putting the Protest in Protestant
Sign up for our newsletter
POPULAR AT PATHEOS Evangelical
1

Can You Be a Baptist and...
Roger E. Olson
Related posts from Putting the Protest in Protestant