After reading Rusty Reno’s relatively recent laments about sanctity among Roman Catholic clergy (and the culture than enables it), I couldn’t help but remember the old argument for mainline Protestants converting to Rome. The mainline communions had abandoned traditional morality about marriage, sex, and family life — with perhaps women’s ordination thrown in if the convert were that kind of Protestant. At least, the argument went, Rome had sturdy views on sex and marriage and a tradition of maintaining such teaching even in the face of modernity’s acid. For instance, when the Episcopal Church USA ordained gay priests and bishops, some Episcopalians started heading for Rome. (Dwight Longenecker was one of them.) And First Things, the journal that Reno edits, gave lots of space for conservative Episcopalians to lament their denomination, such as this:

In 1989, 1990, and 1991 the Episcopal dioceses of Newark and Washington, D.C., ordained open and practicing homosexuals to the priesthood. The justification for these ordinations was “new experience” and “new learning” that serves to “contextualize” the negative biblical witness. The ordination of sexually active homosexual persons then became a “justice issue” that had to be furthered by a “prophetic” episcopate. In the face of these claims, it is perhaps not surprising that charges of heresy later brought against Bishop Walter Righter of Newark were turned down on the grounds that the Bishop’s action was not contrary to the “core doctrine” of the Episcopal Church.

After the Righter trial, the way was open for bishops to ordain sexually active homosexual persons if they so chose. It was clear that no disciplinary consequences would follow. It was at this point that the policy of a bishop or diocese to ordain or not to ordain, to bless or not to bless, came to be known within Episcopal circles as the “local option.” It was asserted, quite rightly, that “local option” is the de facto practice of ECUSA. The election of Gene Robinson to succeed the present Bishop of New Hampshire was thus only the most radical assertion of a policy that has been firmly in place with respect to ordinations and blessings since the time of the Righter trial. Not only was it now permissible within ECUSA for clergy and bishops to be openly gay, not only was it permissible to bless gay unions, it was also the case that these novelties were hailed by their supporters as evidence that God is “doing a new thing.” The cultural recognition and integration of gay and lesbian people into the American mainstream was interpreted as an act of God. The Episcopal Church, according to this view, was taking a lead in calling attention to God’s work in history and giving prophetic support to divine providence.

Now according to Reno, the Roman Catholic Church appears to be heading in the same direction as Anglicans:

McCarrick’s rise to power is evidence of moral resignation. As Darel Paul shows (“Culture War as Class War,” August/September 2018), homosexuality has become a privileged sexual preference, demanding the most aggressive efforts to protect it from any hint of discrimination. The church establishment is anxious not to get on the wrong side of that elite cultural consensus. Don’t get me wrong. I’m confident the old, lax approach to clerical sex with minors is a thing of the past. The official letters and memos reproduced in the Pennsylvania Grand Jury report offer a window on the way outside pressure broke down episcopal efforts to keep the corruption of clerical predation on young boys in the shadows. The public shame of the Boston revelations and the financial pressure of lawsuits forced change. Yet among church leaders there’s no stomach for a battle over gay sex between consenting adults, not even when one of them is a clergyman. Narrowing McCarrick’s transgressions to sex with minors and abuse of power accords with our culture’s morality of consent. This approach indicates that the ecclesiastical establishment wants to operate on safe, secular terrain, not the Church’s tradition, which has become painfully controversial.

This moral retreat and resignation explains the ethos of toleration, even protection, that characterized ­McCarrick’s career. If a seminarian discovers that one of his professors is embezzling funds, he can report the misdeed to a superior, confident that the leadership of the Church shares the ordinary moral view that theft is wrong, and that it harms the Church’s apostolic mission when done by clerical leaders. But if he discovers that a professor takes vacations to Thailand, where boys are readily available, or discretely maintains a male lover, I doubt he’d say anything to anybody. He cannot be confident that the seminary rector will regard such news as actionable—as McCarrick’s career shows.

As Rod Dreher recently observed, Rome has an elephant in the sacristy and it means that Roman Catholicism is looking a lot more like liberalism Protestantism than converts supposed. 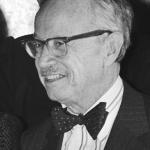 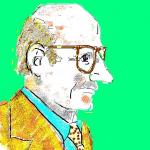 December 18, 2018 Kidd vs. Merritt and Why Journalists Don't Teach Foreign Policy
Recent Comments
0 | Leave a Comment
Browse Our Archives
get the latest from
Putting the Protest in Protestant
Sign up for our newsletter
POPULAR AT PATHEOS Evangelical
1