Patheos Election Month Coverage: Faith Matters, Yours and Mine

The cogent question about any candidate for elective office is always What will he or she do with the power if they get it?

We’ve come a long way since the days that candidates shook hands, kissed babies and stood on the backs of flat-bed trucks to make their pitch for office at the State Fair. Nowadays, it’s not only possible but highly likely that you will go through an entire campaign season and never meet any of the people who are asking for your vote.

You will see their faces and hear their voices on television and in radio ads, see them perform in debate circuses and hear their friends asking you to vote for them on robo calls. But the candidate his or herself will be as hermetically sealed away from you as the ebola virus at the cdc.

Sifting through the slick advertising and carefully-coached debate responses to get to an answer to the all-important What will he or she do with the power if I give to them question is daunting. Unless you’re a little bit psychic or a whole lot familiar with politics, it’s downright impossible. How does anyone judge which lies are total lies and which are partial truths when they’re trying to discern the facts about someone they’ve never met and who is being branded, packaged and sold to them like a can of corn?

That makes the question of faith even more important than it would normally be. Faith, for all its tricky points, is still a tough one to completely fake. Oh it can be done, but the doing of it almost requires a willing compliance on the part of those who are getting faked out.

For instance, (I’m painting a bulls-eye on my back by saying this and I know it) does anyone really think that Rush Limbaugh or Newt Gingrich are nice people? Is there anyone out there who thinks that when Vice President Biden says he (1) knows abortion murders a child, (2) is opposed to abortion personally, (3) wouldn’t have one himself (whatever that means), but won’t tamper with the law, that he’s making any kind of sense?

We pretend we do. We pretend that the vicious things some pundits say don’t count against their Christian witness, that the logical hash politicians make of their Christianity in order to say they are Christian and total party loyalists both at once makes as much sense to us as they hope it will.

But do we really? Do we really believe this? There’s a kind of complicity in these political lies that lives in the no-thought land of those who lie and those who chose to believe them. It seems to fall along the lines of I’ll pretend to believe your lies if you tell me what I want to hear.

So if a Rush Limbaugh or a Newt Gingrich is saying ugly things about someone we don’t like for reasons we agree with, we pretend that they are not behaving like callous demagogues, but are demonstrating stalwart Christian fealty. If the Vice President wants to save medicare, we will let him get by with his claims to be going in two directions at once on a core moral issue. We pretend that he’s stumbled on some heretofore lost jewel of logic that protects religious freedom rather than privatizing and limiting the applications of faith in public life.

For politicians and their acolytes to successfully lie to us about faith, we’ve got to be their willing accomplices. We must, in short, chose to believe them in the face of every objective criteria to the contrary.

And that, my friends, is where faith comes in. Not their faith. Ours.

The question isn’t should politicians be allowed to reference their faith in public discussion and debate. Of course they should. It is also not a question of whether we are free to consider our religiously-based values in picking who we will vote for. Of course we can.

The question is, will we put our faith ahead of our party loyalties and our feel-good, my-guy-against-your-guy tribal togetherness and hold these people accountable? It isn’t our job to make them tell us the truth. Our job is to stop being so eager to believe them when they lie.

Our job, as Christians, is to put Jesus ahead of our political parties. We need to follow Him, not them. And we need to stop letting them get by with facile lies that we know very well are facile lies about their faith commitments.

Take the issue of waging war to generate corporate profits and build empire. We don’t have a candidate on the ballot in this presidential race who we can trust to absolutely not commit American troops for any reason other than the protection of the people of this country. What we do have is a choice between a candidate who is partly sold out to corporate interests and corporate desire to make war for money, and another candidate who is totally sold out to corporate interests and the plan to make war for profit.

I could do this on almost ever issue. I could go on all day taking one issue after the next and explaining how both parties and their candidates are not representing you and me.

But the point here is not that the political parties are shills for special interests. The point is that when you are a Christian you have to stand clear of this and demand better of them.

We live in a Democracy. Involvement in our political process is both our right and our duty. As Christians, we have a job of work in front of us to bring the Kingdom. We are here in this life to be Kingdom Builders.

If we are going to do that in the political process, we need to start taking a clear stand for Gospel principles at the precinct, state political party and ballot box levels. When one of our political pundits we agree with starts sounding like hate-filled brass, we need to send them an email telling them we are switching the channel and then actually switch the channel. When one of our politicians raises moral reasoning to an oxymoronic level, we need to let both him and our party officials know that we know the he’s lying.

If we start doing this consistently, they’ll get the message in a surprisingly short time. The only reason they’ve sunk this low in their behavior is because we have rewarded them for doing it.

Does faith matter in this election? Absolutely. But the only faith that really matters is the one that empowers you and me to walk our talk of Christian faith in all aspects of our lives, including the political.

That, and not more gummy rhetoric, is what can save this country. 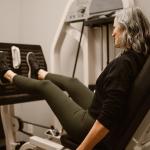