Repent, Believe in the Gospel and Walk with Christ in 2017

Repent, Believe in the Gospel and Walk with Christ in 2017 January 9, 2017 Rebecca Hamilton

It was also a turning point, for me personally, for Christianity in America, and for America herself.

Here’s hoping that 2017 is a better year, a year in which we take advantage of the second chance it offers us to renew our faith and our faithfulness, to go back to Jesus and away from following the little g gods of this world.

If we turn back to Him, then no matter what happens in 2017, it will be a bonum annus.

I wrote about this for the National Catholic Register. Here is part of what I said.

I think of it as the year of cancer. It was, largely, a lost year. Thanks to the drugs and the tune-out thing of sickness, I don’t even remember big parts of it.

I remarked to a lifelong friend that my precious granddaughter was born in 2016, and one of my sons got married, giving us a wonderful new daughter. She answered that I really would have had a good year, if it hadn’t been for the cancer.

That’s a little bit like saying that if it hadn’t been for the iceberg, the Titanic would have had a great crossing. Nope. So far as I’m concerned, 2016 was the year of cancer and an execrable presidential election in which, no matter who won, We the People lost.

Life goes on, one day falling unnoticed into the next without remark or notice. We grow up, grow old and move toward death in a seamless glide that makes the changes seem inconsequential. For our sanity, we must find ways to draw lines, to mark spots on our long passage through the years where we pause, take notice of what’s happening, and begin again.

New Years’ Day is one such place. The old year passing and the new year beginning are in reality just theoretical constructs we humans have given ourselves to aid our understanding of what our lives are about. We need places to begin again. We need second chances, new beginnings and the hope of fresh starts.

I felt relief when 2016 slid into history. It was like a load lifted. It signaled the end of the year of cancer and the beginning of a hopeful new epoch in which I can get stronger and move into whatever is left of my life without the baggage of the time just past.

That is the magic of second chances. It is the power of hopeful beginnings.

It is exactly what every Christian possesses each day they live and on into eternity. T. S. Elliot wrote that being a Christian means that we never have to say goodbye, not even when someone dies. That is true. As King David said of his dead son, “I will go to him.”

All Christians know this hope, this power of eternal life that lifts us out of the mire of our finiteness. But we sometimes lose sight of the fact that this transcendence is ours now, as we plod through our days in this world.

Christianity is the message of limitless new beginnings, of second chances for the asking. It is the hope — the Hope — of never having to say “there is nothing I can do.”

For Christians, there is no fate in which things are “written” before they’ve happened. There is no karma that comes back and bites us from our past. There are actions and consequences, and there is forgiveness and second chances. Christians never have to wallow in the ugly, sin-spotted misery of their failures from the past. They can — always — begin again in Christ. (Read the rest here.) 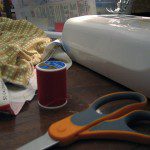 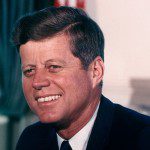 January 13, 2017 JFK vs Trump: Who Wins?
Browse Our Archives
get the latest from
Public Catholic
Sign up for our newsletter
POPULAR AT PATHEOS Catholic
1

Suppose You Thought You Were A...
Steel Magnificat
Related posts from Public Catholic

It's Funny How Catholics Do Comedy
Where does the spark of comedy come  from?  For late night show...
view all Catholic blogs
Copyright 2008-2020, Patheos. All rights reserved.