Did America Discriminate Against Christian Refugees Under Obama?

I have no first-hand knowledge of this. However, I have read repeatedly in publications which seek to support Christians who are subjected to discrimination, that President Obama’s administration discriminated against Christians who were seeking asylum in this country.

President Trump evidently repeated that charge in front of an Evangelical group. The BBC then shot back by saying that President Trump was wrong when he said that the Obama administration favored Muslim immigrants over Christians who were seeking asylum in this country.

Now, Barnabas Aid has issued repeated demands that the BBC retract this statement, which they say is inaccurate.

I have often cited Barnabas Aid in stories about Christian persecution. I have also read the same charges about discrimination against Christian refugees under President Obama from other sources. I always believed them, and, to be honest, I believe them now.

I think President Trump is suffering from what happens when someone lies over and over. People just stop believing them, and when they say something, even if it’s true, it carries no weight with those who view them as compulsive liars. This is sad and a bit scary, considering that what President Trump says on the world stage affects our nation’s future and overall credibility.

If people all over the globe tend to dismiss whatever he says as a lie, then that means that they also dismiss American positions and policy statements as lies. That weakens our position worldwide. It can destroy our credibility as a nation.

In this instance of “who you gonna believe,” there will probably be knee-jerk reactions based entirely on which side of the Trump question the reader happens to fall. Trump rejecters will believe the BBC. Trump followers will believe President Trump.

That’s what’s happening on many questions of public policy these days. Very little rational thought is going into what people decide to believe, and even less rational thought is going into who they decide to follow. This is a dangerous thing in a democracy. I, for one, am doing all I can to encourage people to pull back from it and think for themselves.

In this instance, I am, personally, more inclined to believe Barnabas Aid than the BBC. I have, as I said, no personal knowledge of how things have worked for refugees coming into this country in the last year or so. But over the years, I’ve talked to quite a number of Christians who have suffered persecution, including losing family members to Christian persecution, around the globe. In each instance, our government had, at best, ignored the situation which allowed such persecution to exist.

I hope that you will start looking at each of these “who you gonna believes?” on a case-by-case basis, and stop knee-jerking. Neither side of this tells the truth all the time. Both sides lie. Our president appears to be a compulsive liar. But sometimes, he says something that is true.

Try to form your followership and support based on more than one source, including sources that disagree with your viewpoint. Our country is worth a lot more than any passing political position or political party. We are the American people. We truly can make a difference.

Barnabas Aid has challenged the BBC to correct a wholly false claim made last Sunday on prime time TV news about Christian refugees in the USA. In an interview with a Christian TV network President Trump defended the executive order he issued on 27 January by saying that the policy was about prioritising religious minorities. When specifically asked if persecuted Christians would be a priority he replied:

On Sunday evening at the start of the 10pm television news, the BBC broadcast the following comment on this by their New York correspondent, Nick Bryant:

“In an interview with an evangelical television network [President Trump] claimed without any factual basis the old Obama policy favoured Muslims over Christians” (emphasis added).

A few minutes later the BBC also posted online a video of the actual statement they had claimed was “without any factual basis”. This sweeping assertion broadcast by the BBC was not only wholly untrue, it was also potentially damaging to tens of thousands of Syrian Christian refugees.

Barnabas Aid has for many months been highlighting the massive institutional discrimination faced by Syrian Christian refugees – with only one half of one percent of Syrian refugees resettled in the USA last year being Christians. This is despite them constituting up to 10% of the pre-war population and US Secretary of State John Kerry declaring in March that they were facing genocide.

It is not just Barnabas Aid that has been saying this. For nearly a year major US news networks such as Fox News and CNS have also reported it. The simple fact is that of 10,801 Syrian refugees admitted to the USA last year only 56 were Christians (there were also only 20 Shi’a and 17 Yazidis – the other two groups that John Kerry said were facing genocide), while 99% were Sunni Muslims. A 30 second google search by the BBC would have revealed this.

There have been claims that the previous administration could not have been discriminating against Christians as the total numbers of Christian (44%) and Muslim refugees (46%) admitted to the USA were similar. However, this is a misuse of statistics because these totals primarily reflect which countries have crises causing refugee movements. It is therefore almost impossible, using that kind of raw data, to say anything meaningful about whether Christians/Muslims are being discriminated against. However, where Christians are BOTH being specifically targeted as they are in Syria AND very significantly underrepresented in the number given entry to the USA then it is almost certain that they are facing significant discrimination.  It can be taken for granted that Syrian Christians are not averse to resettling in the USA, which is a number one goal for so many refugees and already has a large Arab Christian population which would make the newcomers feel at home.

Whatever one thinks of President Trump, it was wholly wrong for the BBC to make the sweeping claim that suggesting the previous administration’s policy disadvantaged Christians was “without any factual basis”. 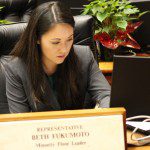 George Will and the Millstone of...
Catholic and Enjoying It!
Related posts from Public Catholic

God commands us to love
The first batch of beer I ever brewed was in the home...
view all Catholic blogs
What Are Your Thoughts?leave a comment

17 responses to “Did America Discriminate Against Christian Refugees Under Obama?”