I feel your pain sister.

Been there. Done that. Got the press clippings, the extra 20 pounds from stress eating and the bloomin’ t-shirt.

Representative Beth Fukumoto, a Republican member of the Hawaii House of Representatives, is under fire from her fellow Republican legislators. Why? Well, it seems that she participated in the local Women’s March and made a speech calling President Trump “a racist and a sexist.” She even went so far — erroneously it seems — as saying that he had no place in the Republican Party.

Punishment from her colleagues was swift and nasty. She was removed from her position in the House Republican leadership, because, she says, she refused to stop criticizing President Trump.

That’s not so different from what happened to me as a pro life Democrat in Oklahoma. It’s the same group-think, my-way-or-the-highway bullying that makes surprising martyrs of people for simply following their consciences.

It is the opposite of rational thought and leads to very bad government.

According to one of her colleagues, Representative Bob McDermott, “She said our president is a sexist, is a racist, and that we have a bully in the White House.”

He got elected doing all this. He’s the prez. And, as a Democrat, I’m happy to say that he’s a Republican. I will also say that there are quite a few Rs out there who feel as I do and who have said so. That alone supports their party’s brand as the party of values.

As for Representative Fukumoto, she’s considering a switch to Independent.

I wish her luck, whether she stays an R or switches. We need more people of principle who will stand up for basic decency instead of going along with the party line.

From the Honolulu Star Advertiser:

Republicans in the state House of Representatives have ousted their minority leader Rep. Beth Fukumoto over her criticism of President Donald Trump, including recent comments that she made at the Women’s March in Honolulu last month.

Fukumoto, 33, said today that she is now considering switching over to the Democratic Party following this week’s actions by her Republican colleagues, which would further deplete the party of young leadership. She had been described as a rising star in Hawaii’s Republican Party, which holds only six seats in the 76-member Legislature.

Fukumoto (R, Mililani-Mililani Mauka-Waipio Acres) said that she had been told by a faction of her Republican colleagues that if she didn’t commit to not criticizing Trump for the rest of his term, they would oust her as minority leader.

She said she refused.

“I believe it is our job as Americans and as leaders of this body to criticize power when power is wrong,” she said during today’s House floor session.

On Tuesday, during a closed door session, House Republicans voted 3-2 to remove her from leadership. Voting in favor of the leadership reorganization were Reps. Gene Ward, Bob McDermott and Andria Tupola. Reps. Cynthia Thielen and Fukumoto voted against it and Rep. Lauren Matsumoto abstained.

The leadership changes were made official during today’s House floor session.

Fukumoto sent out a letter to constituents in her district prior to today’s floor session telling them that she would like to leave the Republican Party, but said she wanted to get their feedback first.

Fukumoto spoke at the Jan. 21 Women’s March in Honolulu in opposition of Trump, including calling the president a bully.

“In the last couple years, I’ve watched leaders in the Republican Party become less and less tolerant of diverse opinions and dissenting voices,” Fukumoto said today in a news release. “Today, I’m facing demands for my resignation from leadership and possible censure because I raised concerns about our President’s treatment of women and minorities. I’ve been asked by both my party and my caucus to commit to not criticizing the president for the remainder of his term and to take a more partisan approach to working in the Legislature. That is not a commitment I can make. As a representative of my community, it is my job to hold leaders accountable and to work with anyone, regardless of party, to make Hawaii a better place for our families.” (Read the rest here.) 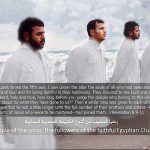 February 3, 2017
Did America Discriminate Against Christian Refugees Under Obama?
Next Post 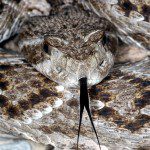 February 4, 2017 Misunderstood Rattlesnakes? Count Me as One of the Misunderstanders.
Recent Comments
12 Comments | Leave a Comment
Browse Our Archives
get the latest from
Public Catholic
Sign up for our newsletter
POPULAR AT PATHEOS Catholic
1

EWTN CEO Endorses Donald Trump for President
EWTN CEO Michael Warsaw only mentions Donald Trump by name once, and...
view all Catholic blogs
What Are Your Thoughts?leave a comment