Our vulgarian president has created his usual plethora of new controversies to keep us amazed and amused. Again, and as usual, he’s done far too many crude, crazy things for me to discuss them all. Let’s just take three of them.

First, he evidently shot his mouth off during a conversation with members of Congress. Reports are that he referred to nations with largely black populations with a derisive expletive. Then, true to form, and with his usual casual dishonesty, he denied that he ever said it.

Now, the public convo has started circling the drain of the ridiculous question of whether or not our president is a racist. The whole discussion has taken on the “it depends on what your definition of “is” is” wheel-spinning goofiness that any serious analysis of President Trump always does.

President Trump is a shameless bald-faced liar who has been endorsed by the KKK, who ran a campaign built around constant race-baiting, and of whom David Duke has said, “we love him.”

Of course he’s a racist. The defenses of President Trump’s comments have ranged from the bizarre to the absurd. First, of course, is his usual denial of what he said. Given his constant lying about anything and everything, his denial is more like a fly buzzing around than anything that matters.

Then, we have Fox News chiming in with the stunningly self-revealing claim that what the President said is how we all talk when we’re off the record.

That doesn’t address President Trump’s comments, since (1) he was not at home with friends, (2) he’s the president of the United States, not one of us folks, and when he speaks he’s speaking for the United States of America, and (3) it may have been a closed-door meeting, but it was a high-level meeting at the White House about substantive matters, not a rambling late-night talkathon over booze and smokes with a bunch of buddies.

What this specious “defense” does do is raise a few questions about the fine folks at Fox News. Are they saying that this is the way they talk about people when they’re off-camera? Are they, in fact, coming out and giving us an implied confession of their own attitudes about race? After all, they got the idea that this is how regular Joes talk from somewhere, and that somewhere is most likely themselves.

I can only say that I don’t have conversations that include that kind of language with my family and friends. I’ve never heard anyone say that at the dinner table at my house, not once. And, for the record, I spent 18 years in public office and I was in a lot of meetings discussing legislative agendas, and I never heard anyone say anything like that there, either.

Of course, there’s always the possibility that we Okies are just a forward-thinking, liberal bunch of folks and nobody, including us, knew it. But I prefer to think that decent people just don’t behave like that.

The third line of defense was equally predictable. One of Martin Luther King’s relatives stepped forward to defend the race-baiting man who is endorsed and supported by the Ku Klux Klan. His take: President Trump isn’t a racist kind of racist, because his racism is not “traditional.” He’s just a 71-year-old billionaire, international businessman and President of the United States of America who’s too stupid to know what racism is. Or some such. It was hard to grok the logic.

Now, let’s take a step onward and downward to discuss another of President Trump’s recent behaviors.

For a year now, the Prez has been planning a trip to England. Normally, there’s nothing controversial about that, since Britain is our most stalwart ally and friend.

But President Trump has done his usual crazy stuff, insulting the Brits in tweets, inciting a number of them to call for the Prime Minister to block his visit. She has stood strong and refused to do so.

So, President Trump took matters into his own hands. He announced that he was calling off the visit. The reason he gave was pure Trump. (Get ready for this.) He blamed former President Obama.

Now, if you believe that, I’ve got a bridge in Brooklyn all ready to sell to you. The Trumpster just didn’t want to be jeered by crowds of angry Brits. He’s made such a jerk of himself that he’s afraid to pay a state visit to our most stalwart ally. Blaming Obama was just him, trying to create another diversion with an outlandish bit of talking-head bait. No news there.

What is news is the damage his repeated attacks on our allies around the globe are doing to the influence and future of this country. He is spending the goodwill that has been bought with the blood, sweat, tears and monies of generations of the American people on petty sniping, mercurial temper tantrums, and personal vendettas.

Third, but certainly not least, President Trump has announced that he wants changes to our libel laws. So far I as know, there has been zero call from We the People to reform the libel laws.

Of all the things that need doing in this country, reforming the libel laws has to be close to the bottom of the list. In fact, there are quite a few of us — including people like me who have been public figures and have taken their turn at being thoroughly drubbed in public debate — who think our libel laws are ok as they are.

The trouble with President Trump is that he can dish it out, but he can’t take it. His entire election campaign was a race-baiting, woman-hating, name-calling sludge pit. His presidency has been more of the same.

He attacks people viciously and personally all the time. But when someone says something about him, he goes ballistic, reaches for the lawyers and tries to bully his critics into silence. He’s done that for a long time, using his money to beat people with legal attacks until he exhausts them financially and they stop saying what he doesn’t like.

Now that he’s president, that’s a bit harder to accomplish. The First Amendment comes into play, big time, when you’re an elected official. Our law is based on the idea that We the People put elected officials into office and we the People can take them back out again. In the between-time, we get to criticize them pretty much any way we want.

Nobody in public office gets a pass. Every person in elected office has had his or her day in the barrel. The difference between President Trump and the rest of us, is that he’s a big marshmallow bully who attacks, reviles, degrades and humiliates people with the things he says, but goes totally wacko when they say anything at all about him.

He’s even tried to conduct international affairs by treating other heads of state the same way he treats the women he assaults and the underlings he fires. He’s damaging America with this, and We the People will end up paying the price for it.

I don’t have any doubt that President Trump wants to change the libel laws so that it will be easier for him to use his personal wealth and the power of government to punish and silence his critics. As with just about everything else he does, this “reform” is for him, not us. 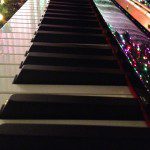 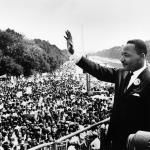 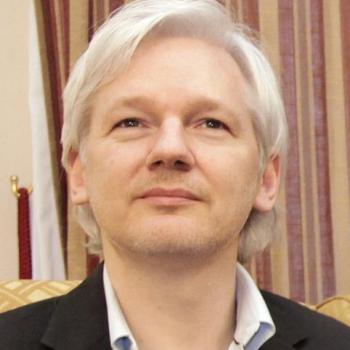 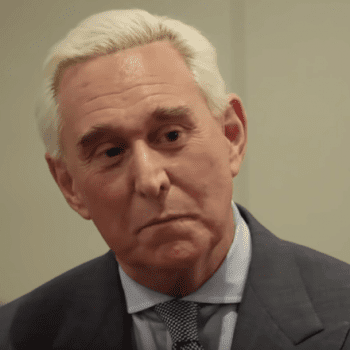 9 responses to “Trump Train Wrecks of the Week: Pick 3”