What Does the Trump Memo Really Prove?

What Does the Trump Memo Really Prove? February 2, 2018 Rebecca Hamilton

The White House has ordered the release of a memo which, according to news reports, President Trump feels will derail the on-going investigation into Russia’s meddling in the 2016 presidential election.

I’ve read the memo, which came to us via the Trump bot Congressman, Representative Nunez. It basically says that the man who compiled the so-called “Trump dossier” which contained salacious sexual stories about Donald Trump and his predilection for perverse sexual acts, was compiled at the behest of the DNC and the Clinton campaign, something that has been public knowledge for quite a while now.

The memo also says — I think this must be why President Trump wanted it released — that the man who compiled the dossier was “desperate” that then candidate Trump not win the upcoming election.

The man was not an FBI agent. He is a former FBI “source” who was terminated from being a source for making an unauthorized disclosure of his position as a source.

I am guessing that the purpose of releasing this memo is to imply that the entire investigation into whether or not the President of the United States colluded with a foreign power in order to subvert the American electoral process is in fact politically motivated. I don’t think the memo shows that. In fact, I’m wondering why President Trump would think that it does.

One FBI source compiled a “dossier” which concerned the possibility that the Russian government had proof of our president’s personal sexual perversions, and that the Russians might be using that proof to “blackmail” him. The fact that the man who compiled this dossier was “desperate” to see candidate Trump lose the election does not even address the evidence concerning candidate Trump’s collusion with the Russians in their efforts to subvert the American election.

In truth, it is not necessary to prove that the Russians have the President of the United States on tape, engaging in perverse sexual acts, to show motive for collusion. The motive is winning the election.

Assuming that the statements in the memo are true, they do not prove that the serious question of whether or not the President colluded with a foreign power should not be investigated. It would be easy to assume — and assumptions are what the release of this memo, which is itself a political action, is counting on — that the man in question, was so upset by the Russian interference and what he believed was the treasonous collusion of a candidate for the office of President of the United States with a foreign power that this made him “desperate” to see the traitor lose the election. It would have that effect on anyone who loves this country.

On the other hand, the man in question might just hate billionaires.

Or, the claim that he was “desperate” to see candidate Trump lose the election is a fiction made up by the memo’s author.

Whatever the truth of that, it does not matter. It is not pertinent to the question of whether or not candidate Trump committed treason to win the election.

Two things seem rather obvious. One, the Russians did interfere in our election, and (two) President Trump was the beneficiary of their interference.

This memo, without a lot of other information, doesn’t really show anything useful about whether or not President Trump cooperated or colluded with the Russians in their actions. It also does not address the incredibly unpatriotic lack of response on the part of elected officials to deal with what happened and work to keep it from happening again.

So far, the response from those in power has been a set piece of corruption in action. Their efforts have been focused on holding onto power, not protecting the United States of America and its citizens from what amounts to a foreign invasion and an undeclared act of war against our sovereignty as a nation.

What the release of this memo really proves is that they are scared of where the investigation is going and are trying to start a back fire to stop it. The repeated personal attacks on the Special Counsel and former head of the FBI — both of whom are Republicans — are attempts at deflection. They also seem to imply fear and desperation.

Did President Trump in fact collude with the Russians? I will leave that to the special counsel and the investigation.

What I will say is that if he did, he should go to prison for the rest of his life, and those who colluded with him should go there, too.

My main concern right now is the total lack of effort or interest on the part of those who are charged with doing so in making our electoral process safe and hack proof. The simplest and most obvious way to do this is to take it off line and go back to paper ballots.

We ran a fine democracy for two hundred years without computer ballots. We can do it again.

If you want to read the memo, go here. 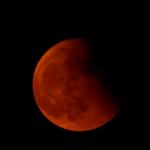 January 30, 2018
Get Your Camera Ready for the Super, Bloody, Blue, Eclipsing Moon
Next Post 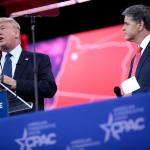 February 6, 2018 Did Former President Obama Cause the Recent Market Drop?
Recent Comments
44 Comments | Leave a Comment
Browse Our Archives
get the latest from
Public Catholic
Sign up for our newsletter
POPULAR AT PATHEOS Catholic
1

44 responses to “What Does the Trump Memo Really Prove?”