We Need Democratic Votes to Confirm Kavanaugh. Who are They?

A simple run-down of the numbers shows that we need a few Democratic senators to vote to confirm Brett Kavanaugh.

I say that on the assumption that Mr Kavanaugh would, if he was on the United States Supreme Court, vote to overturn Roe v Wade and Casey. There is, however, no proof that he would do this.

I also say it with the proviso that I’m beginning to feel more than a little restless about the damage that the court-packing strategy is doing to my country. I do not support the union-busting, election-corrupting decisions that these extreme right-wing justices have made in the past few years. I am also more than a little bit tired of the continued social engineering that the Court cannot seem to stop doing.

The mindless partisanship the court-packing strategy has spawned has unhinged not only our political processes, but a good part of the America electorate. People on opposite sides of the partisan divide actively hate one another with an irrational and exaggerated hatred. It has reached the point that they appear to be willing to tolerate attacks on this nation if that will help them destroy one another.

I believe that it is an outgrowth of the absolutist thinking that has been used to support the court-packing strategy on abortion. It may prove to be worth it all if we use the opportunity before us to confirm a justice who will overturn Roe and Casey. But if it doesn’t work out that way, I think we should reconsider our tactics and begin to look for other ways to do what we want.

No one knows if Brett Kavanaugh will overturn Roe and Casey. He has made statements and issued rulings that can be interpreted either way. This may be due to the political realty of gaining a confirmation. I don’t think anyone who flat-out said they would rule to overturn could be confirmed.

My personal pick for the next justice, Judge Amy Coney Barrett, was not nominated. Her far more public pro life positioning may be why.

I do know that if, for some reason, Brett Kavanaugh’s nomination is not confirmed, all that will happen is that the president will make another nomination. I also know that there is a real possibility that the United States Senate will gain a few Republican votes in the November election. This is a function of which seats are open right now.

If that happens, the luxury of being to able load and re-load nominees is all on the president’s side of the game. If — and based on the seats that are open, this appears unlikely — the Democrats gain seats in the Senate, it will be more difficult to push through a nominee without making compromises.

In my opinion, the Democrats could only gain seats in the United States Senate in November if there is a huge sweep at the polls in their favor. In an election like that, all bets are off. I don’t see that in the Senate because so many of the seats that are currently open are in Trump strongholds, and, while he is hated and despised by well over half the population, his base appears to be committed to him with what amounts to a religious fervor.

Despite that, I would counsel Republicans to move this confirmation forward if they want to be sure of the outcome. There’s a dicey quality to dealing with an electorate as angry and divided as America is today. Nothing is writ.

Looking at how the votes shake out, it seems that the best path to confirmation is the same one taken to confirm Justice Gorsuch. His confirmation required the yes votes of three Democratic senators. They were Senator Heidi Heitcamp, Senator Joe Donnelly, and Senator Joe Manchin.

Senator Manchin recently broke party ranks to meet with Judge Kavanaugh. Instead of greeting this with applause and supporting Senator Manchin in what is a difficult move, parts of the pro life press launched partisan salvos at him. This sort of destructive behavior makes me wonder if they are really serious about ending abortion.

I can say with absolute certainty that one of the things that Democrats tell pro life Democrats is that no one will support them and everyone will attack them. Democrats are told that if they are pro life, pro life people will not accept them and continue to attack them, while pro choice people will join in with the attacks.

This has proven true for most pro life Democrats. It is the major reason there are so few pro life Democrats in office. Both pro life and pro choice people work to defeat them. This is so consistent that it has become a cautionary tale for any Democrat who is pro life.

This does not advance the culture of life. What it does is conflate the sanctity of human life with a plethora of unrelated partisan issues that are in fact anti-life at their core. Political parties are not churches. They are not moral verities. They are fulcrums of power.

Hopefully, whoever ends up replacing Kennedy on the Supreme Court will change the balance in favor of overturning Roe and Casey. Also hopefully, the Justices already on the Court will vote as we expect them to.

The safest way to get there is to forego relying on the outcome of the November election to make confirmation easier and do the deal now with Democratic votes. Elections are willful beasts. You can’t count the votes ahead of time. 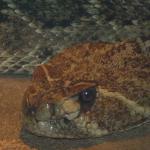 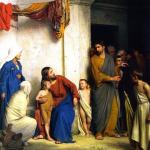 Failing at Lent: On Trying Again Today, Tomorrow,...
On Ash Wednesday, which feels like a lifetime ago, I published an...
view all Catholic blogs
What Are Your Thoughts?leave a comment

7 responses to “We Need Democratic Votes to Confirm Kavanaugh. Who are They?”