Did “the Scourge of Homosexuality” Cause the Clergy Sex Abuse Scandal?

Did “the Scourge of Homosexuality” Cause the Clergy Sex Abuse Scandal? October 20, 2018 Rebecca Hamilton

It appears that the he said/he said back and forth between Archbishop Vigano and the Vatican is still chugging down the road. The latest installment is Archbishop Vigano’s statement that the clergy sex abuse scandal is caused by “the scourge of homosexuality.”

Sexual abuse, assault and rape are not homosexual problems. They are, primarily, a male problem. Notice, I said “primarily.” While it’s true that 96% of the perpetrators of sexual assault, abuse and rape are male, 4% are female.

Does this mean that there’s something “wrong” with the Y chromosome? Does it have a sexual aberration gene on it that makes it unsafe to let men walk the streets without a jailor? Absolutely not.

I think it’s all a function of power. It was power that allowed the clergy abuse of minors to mushroom into the fungus that has overtaken the Church. It took power — unquestioned, untrammeled power — to tranfer appointments, silence victims and keep the story out of the press and off police files. That power is what let this thing go on decade after decade, all over the world.

Power corrupts, and the clergy sex abuse scandal is the spawn of the abuse of power and the corruption that always follows it.

By the same token, it takes raw power and a lot of it to silence female victims, to shame them so completely that they take the side of rapists. It takes power to put a sexual predator in the White House, almost elect a child molester to the United States Senate and put a third on the United States Supreme Court. Those things require massive power and an equally massive abuse of that power.

The reason why almost all sexual predators are men is that almost all men, including that vast majority of men who are not sexual predators, support, abet, excuse and, yes, vote for, other men who are sexual predators. Sexual predation thrives because good men identify with and protect bad men. They are aided and abetted by a lot of weak, self-hating women who have drunk so much of our society’s misogyny Kool-Aid that they side with rapists against other women.

That is the moral corruption of power. It is group-think and social fear combined with a willful blindness and indifference to the suffering of others.

Homosexual men appear, at least based on the statistics, to be very much like other men. Most of them are not child molesters. Most of them do not rape and assault people. But almost all of them cover for those who do these things.

Sexual predation in all its forms grows in the darkness of silenced victims, silenced press, truncated police, and the omertà of power.

Sigmund Freud said that the opposite of love is not hate. It is indifference.

I would argue that the opposite of love is power. 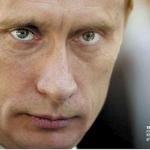 October 22, 2018 The News in 10. Oct 22, 2018
Browse Our Archives
get the latest from
Public Catholic
Sign up for our newsletter
POPULAR AT PATHEOS Catholic
1

GraceLife Church, Civil Disobedience & the Christian Persecution...
It is well past the one-year anniversary of our 2-week lockdown here...
view all Catholic blogs
Copyright 2008-2021, Patheos. All rights reserved.