Dr Christine Ford in Hiding Because of Death Threats

We have such a fine president. His leadership brings out the best of people, doesn’t it?

Here’s an example of what rape, sexual assault and child abuse victims can expect in Trump’s America.

Dr Christine Ford, who courageously came forward about the attempted rape she was subjected to by Supreme Court Justice Kavanugh, is in hiding. She cannot return to her home because she is being targeted with death threats.

Christine Blasey Ford, the woman who publicly accused now-Supreme Court Justice Brett Kavanaugh of sexual misconduct, has not been able to return to her home and faces a near-constant stream of threats, her attorneys said in an interview on Sunday.

“This has been terrifying, her family has been through a lot,” Ford’s lawyer, Debra Katz, told MSNBC’s Kasie Hunt. “They are not living at home, it’s going to be quite some time before they’re able to live at home. The threats have been unending, it’s deplorable.”

Earlier this month, Ford testified before the the Senate Judiciary Panel in a hearing that captured national attention. She spoke about her allegations, which were first made public in an interview with The Washington Post, that Kavanaugh had pinned her to a bed during a party when they were both in high school in the 1980s, attempted to remove her clothes and held his hand over her mouth to the point that she feared for her life.

Two other women came forward with their own allegations of sexual impropriety after Ford went public. 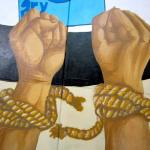 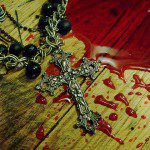 October 9, 2018 The Fallout: How to Help Women Who Say They're Leaving the Church
Recent Comments
10 Comments | Leave a Comment
Browse Our Archives
get the latest updates from
Public Catholic
and the Patheos
Catholic
Channel
POPULAR AT PATHEOS Catholic
1

The Dangers Coming From the 2021...
A Little Bit of Nothing
Related posts from Public Catholic

'The Waltons' Homecoming': The CW's CEO on the...
The CW's often-edgy dramas aim for a teens-and-up audience. It's about the...
view all Catholic blogs
What Are Your Thoughts?leave a comment