Sexual assault survivor Cristen Hemmings did something that most rape survivors feel too vulnerable to do. She confronted one of the men who took pleasure in President Trump’s mockery of Dr Christine Ford. The blackguard in question was one of Ms Hemmings’ fellow Mississippi election officials. This fellow got to sit in the catbird seat at a Trump rally. He was right behind the prez, laughing and applauding while the sexual-predator-in-chief attacked Dr Ford.

Most survivors of sexual assault are left feeling vulnerable and afraid. They tremble and get sick when they see their attackers, and many of them are afraid of all men after what they’ve been through. Add to that the nightmares, flashbacks, shame and grief, and it becomes an act of raw courage for a survivor to stand up and speak out.

That makes the #MeToo movement a miraculous push for human and civil rights that is being brought forward by women of steely courage and a desperate desire to be heard.

All I can say is thank you Cristen Hemmings, for taking this brave stand for decency. People like President Trump who mock victims of rape, sexual assault and abuse are shameful smears on humanity. Other people who support them and give them power have a large piece of this shame themselves.

It’s time the rest of us started pointing this out. We need to do it on a regular basis. We need to stick with it, no matter what happens in the upcoming election, or any election. We need to speak out and keep on speaking out until it gets through to the rock-brained misogynists who support sexual predators and put them in positions of power. We need to make it clear that nothing short of treating women with respect and bringing this rape culture to a halt is going to make us stop.

Cristen Hemmins is the chair of the Democratic Party in Lafayette County, Mississippi. She is also a sexual-assault survivor who has written, chillingly, about being abducted at gunpoint, raped, and shot by two men. So on Wednesday, when she learned that Jim Stephens, one of the election commissioners she was meeting with about monitoring the upcoming election, sat behind Donald Trump at a campaign rally and laughed as the president mocked Christine Blasey Ford, she had something to say about it.

… Another indelible image is the delighted laughter from Trump’s supporters as he mocked her for gaps in her memory, which she had carefully explained in the context of what trauma does to the brain.

Hemmins was too stunned to say anything at the election monitoring meeting, but after she left she pulled up the video again. Jim Stephens was the one in the red Ole Miss visor. “I will never look at this man the same way again, and I am sorry I shook his hand,” Hemmins wrote on Facebook later that day … As a survivor of sexual assault, I take his laughing at Trump mocking Dr. Ford very personally. I feel sick, and it’s been an hour I have been thinking about it.”

Cristen Hemmins is the chair of the Democratic Party in Lafayette County, Mississippi. She is also a sexual-assault survivor who has written, chillingly, about being abducted at gunpoint, raped, and shot by two men …

… Then she decided to write him an email. “Jim, I cannot stop thinking about you sitting behind Donald Trump in Southaven, laughing at him mocking Dr. Ford. Read this,” she said, linking to an essay she wrote in the Oxford American. It includes devastating recollections like this: “While in the hospital, I realized I was lucky, in a way, to have been shot. Everyone, men especially, could sympathize and identify with being shot — it was a physical injury that could be fixed.”

Hemmins’s email to Stephens continued, “You are laughing at me and my pain, when you laugh at her and her pain. I will never look at you again the same way. It breaks my heart that I live and work with people this heartless and cruel.” Stephens replied to her email, Hemmins said. She said he “jumped straight to accusing me of just being partisan … it was terribly frustrating. 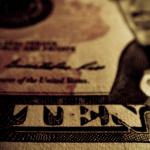 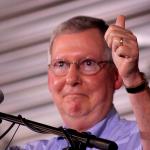 October 17, 2018 The News in 10.
Browse Our Archives
get the latest from
Public Catholic
Sign up for our newsletter
POPULAR AT PATHEOS Catholic
1 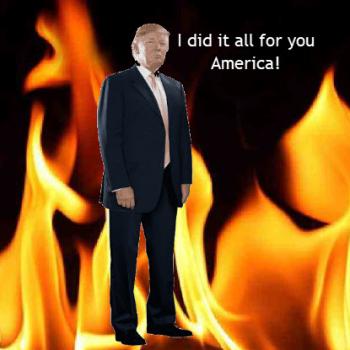