The Tax Cut Deficit Clicks In. Repubs Use It as Excuse to Attack Social Security.

The Tax Cut Deficit Clicks In. Repubs Use It as Excuse to Attack Social Security. October 18, 2018 Rebecca Hamilton

The second phase of the Trump Tax Cut disaster is beginning to clock in.

America’s deficit has shot up 17% since the tax cuts came on line. Deficits, to Republicans, are kind of like immigration. They beat those drums constantly at election time, then tend to ignore them once the votes are counted.

Even with President Trump in office and all the talk about his much-ballyhooed wall, the extent of Republican activity on illegal immigration has been limited to racist rhetoric, separating families and generally kicking common decency to the curb. They have done nothing to deal with the two drivers of illegal immigration: Corporations who bring vast numbers of illegal immigrants into this country to use as low-paid labor in their food processing plants, on corporate farms and such, and the violence and desperation South of the border.

Instead of trying to do something that would actually work to end the flood of illegal immigration, the Republican leadership has engaged in a vicious war against helpless people, stirring up racism, division and bitterness throughout our population. They haven’t curbed illegal immigration one bit.

The deficit has followed the same predictable course, only worse. Every time we have a Republican president, the deficit shoots through the roof, but the Republican talking heads ignore it. Remember Bush II? He took the surplus budget that President Clinton gave us and drove it down into record-busting deficits by passing tax cuts for the wealthy.

Then, in case you don’t remember, he presided over two separate recessions, the last of which nearly sank the entire global economy. One good thing I will say about President George Bush II is that, when the whole thing went into freefall, he dropped his nutso right-wing economic ideas in the dirt and bailed with all he had to save us. I think he does care about this country. I just think he was too much of a right-wing ideologue to do a good job.

Now, we have President Donald Trump, who is anything but an ideologue, right wing or otherwise. President Donald Trump is all for Donald Trump. He seems to look at every issue in light of what would benefit the person he refers to as “Trump.” That’s his religion, his ideology and, I would imagine, his first thought on waking and his last thought before going to sleep at night.

He’s not an ideologue. He’s a demagogue.

There’s no danger that “Trump” is going to follow an ideology just because he believes it soooo much. But there’s every danger that he’s going to wreck the ship of state and the rest of us with it due to the fact that he’s a self-serving demagogue.

A case in point is the swift rocketing upwards of our national deficit after he pushed through his big tax cut. True, the stock market went up, too. But that baby’s gonna come back down again. Just curl up with a book and wait.

In the meantime, the talk from Washington is sounding a lot like the confab I heard here in Oklahoma while our Republicans were busily bankrupting us. First came the unneeded, over-the-top tax cuts that mostly benefitted the very wealthy and big corporations. Then came the bragging about the uptick in tax revenues, which, in Oklahoma, was due entirely to an oil boom, but who cared about that?

Then, came the massive expenditures on programs that shoveled more money into corporate pockets.

Then, came the beginnings of budget reality, and the “cuts” in programs, followed by looking under the cushions of government for loose change to plug the holes. Suddenly, any dollar that the state spent on the tax payers was the “cause” of the budget deficit. It was those greedy tax payers who were causing it all.

So, they closed the schools for the disabled, and fired teachers left and right. They ended retirement plans for state employees and reduced money for nursing homes.

Then, right on time, the way it always does, the oil boom cratered into an oil bust. Tax revenues plunged straight down to nothing. Ta Da. The Republicans had bankrupted Oklahoma.

We’re in the same cycle on a national level. They’ve passed their massive tax cuts and put more money than God ever had in the pockets of wealthy men.

These men turn around, and through the largesse of a little ole’ activist Supreme Court decision on behalf of turning America into an oligarchy called Citizens United, plow a billion or so of their tax-payer-funded wealth back into political campaigns so they can continue to control the government. It’s a nice circle if you happen to hate America and Americans and only care about promoting corruption and making the rich richer.

Now that the tax cut, coupled with the massive corporate pork barrel we call “defense spending,” is beginning to damage our government’s ability to maintain itself, Republican leaders, including Senate Majority Leader Mitch McConnell, are revving up the rhetoric about how the real causes of the deficit are Social Security, Medicare and Medicaid.

Majority Leader McConnell circled around and said doing away with these programs “won’t happen soon,” because Democrats. It is, after all, almost time for an election. Of course McConnell’s claim that Democrats can stop a Republican majority Congress from gutting Social Security is not true. The Republicans passed their destructive tax cut without the Democrats. If there’s money on the table and the rich men who own them say do it, the Rs will do it.

The Rs have been slavering after the money in Social Security, Medicare and Medicaid for a long time. They talk about getting at it a lot. The one problem is that doing it would mean attacking their own base of gray-haired values voters. You know, people like me.

They’ve gotten away with all sorts of heinous things lately by using abortion, illegal immigration, racism, wild-eyed hatred of Democrats and misogyny. But abortion, in particular, is wearing a bit thin. We have 5 votes on the Supreme Court now. If they don’t overturn Roe, we’ve been lied to, plain and simple.

One interesting thing in all this is the darkness of Republican rhetoric. There is not one single positive thing in the Republican game plan. Every bit of it, including, sadly, pro life, is presented as a negative and an attack on somebody.

There are a couple of weaknesses in this plan, but those weaknesses don’t matter without voters who are willing to think for themselves. Thinking seems to be in short supply among the American people right now.

But I’m going to take a shot at the possibility that Public Catholic readers are exceptional. I think there’s a chance that you still think for yourself, and that’s why you read this blog, written by a woman who goes her own way and doesn’t follow the R and the D.

Here’s the deal, my friends. We’re going to end up in a train wreck.

Aside from the humanity of the thing, Social Security pumps a steadying stream of money into our economy that serves to protect us from economic debacle such as what happened in the 1930s. Ten years ago, right-wing ideologues almost pushed us into a disaster that would have made what happened in the 1930s look like a walk in the park. It took all the governments of the world, working together as hard as they could, to stop the free fall, and they almost didn’t get it done.

Now, we’re looking at a situation where our President has shredded the alliances that allowed the governments of the world to work together. To top that off, he’s drained the reserves out of our national government. There is no money to bail us out when it falls again, and it’s going to be a lot harder to get the rest of the world to work with us to save it.

This latest recognition that the deficit is gushing and the talk about going at Social Security, Medicare and Medicaid is act two of the raid by the wealthy political puppeteers on everything you and I have. They don’t care about the deficit. They don’t care about this country. These are very bad people. They’re sick with a ravenous greed that is so out of control that they will destroy the country that houses them to feed it.

They want the money that’s in Social Security, Medicare and Medicaid for themselves and they don’t care how many people will die or how much suffering they have to cause to get it.

The question is, will we let them do this to us? 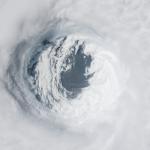 October 19, 2018 Putin Gloats about End of 'American Dominance' Due to 'Many Mistakes'
Browse Our Archives
get the latest from
Public Catholic
Sign up for our newsletter
POPULAR AT PATHEOS Catholic
1

I Have Decided to Believe In...
Steel Magnificat
Related posts from Public Catholic

American Families Plan: Is Biden’s Proposal Liberal Enough,...
Or could a proposal by a Republican writer be more liberal, more...
view all Catholic blogs
Copyright 2008-2021, Patheos. All rights reserved.