My 94-year-old mother has developed a sore on the lower part of her back. I think it’s from a combination of sitting in a wheelchair for long hours and not eating. She simply isn’t getting enough protein to build tissue.

Mama struggled with weight all her life. When she was my age, she weighed well over 200 pounds. Today, she weighs 92 pounds, and that’s with both her nurses and me doing all we can to get her to eat.

Up until a few days ago, she still would eat ice cream, which is a lifetime favorite. But now, she has lost her interest even in that.

She doesn’t know me, but she does remember that she had a baby named Becky and that Becky loved her. A couple of weeks ago she would look at me and think I was her mother. But she’s drifted down into the hole of dementia to a place where she’s past all that. Her connections with this world are wearing so thin they barely exist.

Mama has almost died more times than I can remember. I mean that literally. There have been so many times the docs have told me she was going, and then she came back.

About a year and a half ago, I had two different doctors really lay into me, trying to get me to let them put a feeding tube in Mama. She was aspirating her food and had pneumonia from it. “She will die if you don’t do this,” they said. But I’ve seen how these feeding tubes work out for people whose dementia has gotten them so they can’t swallow and they aspirate food. In that circumstance, the tube doesn’t so much prolong life, as it makes them die slower and harder.

So I said no. It wasn’t my intent to keep her alive longer. I refused the tube to save her from suffering needlessly. But I now think I prolonged her life by more than a year when I refused that tube. She’d be dead now if I had let them put that tube in her. I’m sure of it.

What no one reckoned with was the strength of Mama’s life force. To the surprise of everyone, Mama didn’t die. They put her on a diet of stuff that had the consistency of warm jello so that she wouldn’t aspirate it into her lungs.

She didn’t like that stuff one bit. I spoon fed it to her, and she really gave me an earful of her opinion of it. Back then, she knew very well who I was, and she didn’t think overmuch of her daughter feeding what was plainly slop to her. She was forever trying to sneak food from the other residents. I even caught her once, going through a trash can, searching for food that was more to her liking; anything other than the detested stuff we were giving her.

Her nurses threw themselves into feeding her too, patiently spooning the glucky slop into her mouth and praising her to high heaven every time she swallowed it down.

It was one of Mama’s many come-back miracles. In a few weeks, she started being able to eat real food again, albeit the pureed version. She never came back completely from that crisis — she never does come back completely — but she did come a long way back.

The speech therapy helped, but by the time we got to occupational therapy the trajectory of her slide down had steepened. I don’t think it helped her all that much.

She has always loved participating in activities at the nursing home. She’s in the dementia ward now, where the schedule is regimented.

A few months after the can’t-eat-real-food crisis, Mama fell down and broke her pubic bone. That is why she’s in a wheel chair.

None of her ailments have stopped her from getting out of bed every day and participating in what’s going on. I often sit through her afternoon activities with her. We play easy quiz games and sit down kickball and work with Legos and play with toy trucks.

The people on the dementia ward are elderly children. They play children’s games. Every afternoon, they watch a movie. The movie that they were most excited about in my presence was the 1930s version of Lassie. That was a big hit.

It’s difficult for me, visiting Mama. I can’t have a conversation with her anymore, not even a rudimentary one. It took a bit of doing today to get her to start talking at all. She had insisted on going in to watch the movie, but she wasn’t really watching. She was just staring with a blank expression.

I am going to get her a different mattress for her bed and a special pad for her wheelchair. I plan to cut the pad for the wheelchair so that the place where it hits her sore doesn’t put any pressure on it. The wound care doctor saw her just before I got there today. Her notes weren’t in Mama’s chart yet, so I don’t know exactly what she advised. But I’ll find out.

I miss my mama. I miss her the most when I’m with her. I would give anything to sit down and have a conversation with her again.

I don’t know if this latest step down will lead her out of that nursing home and into the Lord’s arms or not. Even at this pass, I have somewhat mixed feelings about it. I don’t want her to die, but I don’t want her to suffer, either. I know that where she’s going is so much better than where she is. I fully expect her to experience a joyous reunion with Daddy and my grandparents and all her friends who’ve gone first.

But she’s the best friend I’ve ever had or ever will have. Nothing and nobody can replace your mama. So, even though she’s already left me in so many ways, part of me still fights against letting go of her. The thought that I will never hear her voice or hold her hand again hurts. I’m blessed to have had her for so long. But it’s still hard to say good-bye.

My mama, the whole person that she is, is right there, behind those blank eyes. She is intact and waiting to be born again into eternal life. I know that. With all my own health problems, it won’t be so very long before I see her again. I know that too. CS Lewis said that Christians never have to say good-bye. That’s true.

I honestly think that these years when she has wandered in the dementia clouds have been some of the most carefree and happy years of her life. She has been like a child, an adored, loved little child. She’s played like a child and trusted like a child and, in all this time, she’s never worried about a thing. She has also taught me so much about God’s grace and the power of love to make all things, even difficult ones, into good.

I know her angel is there, waiting for her. I have been slowly walking her up to the gate. When that day comes, and she crosses over, her angel will walk her the rest of the way home.

January 27, 2020 He Did It. It IS a Crime. It Absolutely Rises to the Level of Impeachment.
Browse Our Archives
Follow Us! 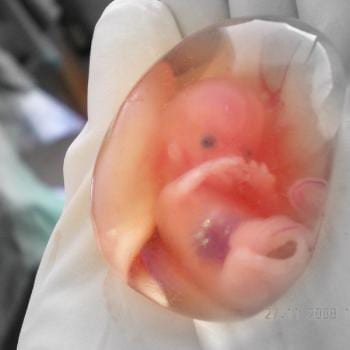