Trump and His Press are Pushing Eugenics and Euthanasia-by-Virus on a Mass Scale. Pray for Life.

We are entering a new, dark phase in American history. The President of the United States lied and prevaricated and did nothing to get this nation ready for a pandemic that his own advisers had told him was coming. He has now made it clear that he intends to deliberately and with full knowledge of what he is doing sacrifice the lives of  a minimum of around 5% of the population in order to get the economy going.

It is important to remember that this president is a billionaire businessman and that his businesses are shut down in this crisis. He’s losing money himself. Given that he consistently acts in his own interests rather than the interests of the American people and of America, that is an important fact to know.

The president’s media has swung into action, promoting this plan to sacrifice the lives of large numbers of Americans on the altar of the economic Baals.

The president refused to get this country ready for the virus — I’ve read that America was the slowest Western nation to ramp up testing. It is plainly obvious that we are deficient in our response about medical equipment and plans for dealing with this crisis. President Trump’s lies have cost American lives. As the leader of the free world, he has cost lives everywhere.

That same president who betrayed us with his lies and prevarications is now saying that he will open the economy back up, even though he knows full well that many people will die who would not if he did otherwise. He has not considered or even tried to find ways of dealing with this crisis that do not involve killing lots of Americans. His only response so far has been a 1929 response of market stimulus. This has only worked in a marginal fashion because we are dealing with a 2020 problem.

I don’t think he has the brains or the personal emotional commitment to the people of this country to dig in and search for new ways of dealing with a crisis of this kind. He has never, in all his time in office, come up with a way of dealing with anything that was not jingoistic and trending toward making himself a dictator.

I’ve been saying this for a while. I’ll say it again. He is a monster. I believe that he is probably a psychopath.

He has made it as clear as he possibly can that he does not care if the people he governs live or die. That means you, my friend.

That’s hard to grasp for a lot of people. Me, not so much. I’ve seen don’t-care-if-the-people-I-govern-live-or-die up close and personal. I’ve also seen voters turn around and vote for the same people who bankrupted their state, shut down the homes for the disabled, fired the teachers, closed many of the schools, and refused to build storm shelters in the schools after children were killed in a killer tornado.

I’ve known psychopaths before. I’ve also seen people fall in love with these monsters and support them even when they were being destroyed by them. There are a number of Charles Mansons who can manipulate people out of their thinking capacity in politics.

What’s new about Trump is the scale of the harm he is wreaking. I read an article about an Episcopal priest who had begun speaking out against Trump. He was surprised that, rather than answer what he was saying, Trump supporters just attacked him personally. That’s what people do when they can’t answer with facts and they won’t stop believing lies. It’s a symptom of the sickness. This priest went on to speculate that maybe Trump is God’s punishment on America.

All I can say is that if he is God’s punishment on America, he’s doing his job right well.

As I said, Trump’s toady press is working overtime to sell Trump’s followers on accepting their own deaths at the hands of their president. I don’t know if his followers are buying it or not. Are people really so besotted with this monstrous man that they will consent to die on the altar of the stock market?

I guess we’re going to find out.

In the meantime, I want to make clear that what these people have been advocating is a form of eugenics and euthanasia. They have said right out in public that older Americans should be willing to die to save the economy. They’ve couched this in terms of the old folks’ love for their grandchildren and defending this nation in a time of war.

The people selling this anathema are all very wealthy people who are protecting their personal fortunes. They know what Trump is, and they don’t care. They are protecting their cushy jobs which have made them rich and powerful by doing what they do, which is to lie and propagandize for this evil man.

Trump is a billionaire whose personal fortune is suffering. What part does that play in his decision making?

None of these people are offering their own lives.

They want other people to die for their money so that they can continue to enjoy their vast fortune, power and privilege.

Pro life is and always has been something they use. They use it to get well-meaning and good people to act against their own best interest by blindly electing and putting in power whoever will bear the pro life label. They don’t respect human life themselves. They do not care about the sanctity of human life. The evidence is right there in front of all of us in their eager propagandizing for the deaths of so many Americans.

They are selling eugenics and euthanasia-by-virus to the people who will die. What they are doing is unimaginably monstrous.

I prayed about what I should say this morning. The words “prayer for life’ came into my mind. I googled “Prayer for Life” and this prayer, from the United States Conference of Catholic Bishops came up.

Let’s pray for life my friends.

Father and maker of all,
you adorn all creation
with splendor and beauty,
and fashion human lives
in your image and likeness.
Awaken in every heart
reverence for the work of your hands,
and renew among your people
a readiness to nurture and sustain
your precious gift of life.

Grant this through our Lord
Jesus Christ, your Son,
who lives and reigns with you in
the unity of the Holy Spirit,
God forever and ever.
Amen 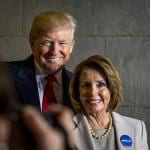