This is the night He was taken. It is satan’s hour.

It’s Holy Thursday. Jesus gave us the priesthood and the Eucharist. He took three of his friends and went to the garden to pray. He asked God for a way out. He begged for a way out.

Jesus was facing what He had known since the beginning was His fate. For this reason I was born He told Pilate, to testify to the truth.

Woman what does that have to do with me? He told his mother at the wedding at Cana. My hour has not yet come.

Mary, the same Mary who stopped Jesus from beginning His ministry when she found Him in the Temple at the age of 12, was reversing herself. She set Him on His public ministry at this wedding by forcing Him to perform His first miracle. This was, at least for me, an almost heart-wrenching act of generosity on her part. My hour has not yet come He told her. My hour: The Cross.

They knew. They both knew where it would lead. St John the Baptist knew when he saw Jesus and said, “Behold the Lamb of God.” Jesus is the Lamb of God, without blemish, the perfect Passover Lamb, God Himself, sacrificed for us that we might live.

He knew, He always knew, that it would end here, in this garden, with a few friends who could not stay awake. But when the moment came, He drew back.

Let this cup pass, He prayed. Let me out of this. Find another way. Jesus’ horror at his own death is our human horror of death, writ large. He faced what we do not; the loss of grace, the withdrawal of the Holy Spirit, the deepest, darkest alone which is the loss of God.

He knew that He was the sacrifice for all our sins, that He would have to become sin and face the hideous experience of separation from God, the bottomless pit of despair that is true hell. He knew. And He prayed, let this cup pass.

Gethsemane is where He faltered. He was wholly human at Gethsemane, weak, afraid and daunted by the horror that lay ahead. Let this cup pass, He prayed. If it is Your will, let me out of this. There must be another way. Find another way, I beg you.

Scripture tells us that, after tempting Jesus in the wildness, satan departed from him until the next opportunity came. This moment, now, in Gethsemane, was that opportunity.

This was the beginning of what Jesus said was “satan’s hour.” Satan, the devil, the adversary, would have his way with God Himself in the next three days. Our Lord consented to be wholly human, wholly sin, to take all our sins on Himself and allow satan to do his worst to him.

It is a shattering thing to look into the eyes of another human being and see satan looking back at you. People who have survived the attacks of satan in human flesh can attest to the paradigm-altering experience of being helpless in the hands of a human being channeling satan.

Jesus was facing that. But His sacrifice was worse. Jesus would plumb the depths of human sinfulness and indifference to the suffering of others. He was going to be face to face with satan himself and He would do it alone, wholly human and weak, without the Spirit of God to sustain Him.

It was satan’s hour, the moment satan had angled for since he was cast out of heaven, his revenge on God.

And it happened all because of us.

God became a human being with all the frailty and pain that involves. He became weak and vulnerable to the many cuts of outrageous fortune that draw blood from us all our lives. He felt sickness, loneliness, hunger, thirst and exhaustion. Now, He was going to bear all our sins — all our sins. He was going to take on all the sinfulness and suffering because of sin of all humankind, from our beginning when we first rose from the dust of this earth to become living souls until now, and on into every tomorrow.

He took it all onto Himself.

As the prayer says, Christ our Passover, is sacrificed for us.

That is what we remember today. This is Holy Thursday, the night Jesus gave us the servant priesthood and the Eucharist. The night He told Peter Satan has demanded you, that he might sift you like wheat. The night He said to Judas, What you do, do quickly. The night he prayed while His friends slept, when He beseeched His Father, let this cup pass from me, and then, ultimately, not My will but Yours be done.

This is the night He was taken. Satan’s hour.

This is not a night like other nights. It is our Passover.

April 8, 2020
What Do You Do if You're in Mortal Sin and Can't Go to Confession? It's Pretty Simple.
Next Post

April 9, 2020 I Will Spend Good Friday in Fasting and Prayer for an End to the Plague that Besets Us. Join Me.
Browse Our Archives
Related posts from Public Catholic 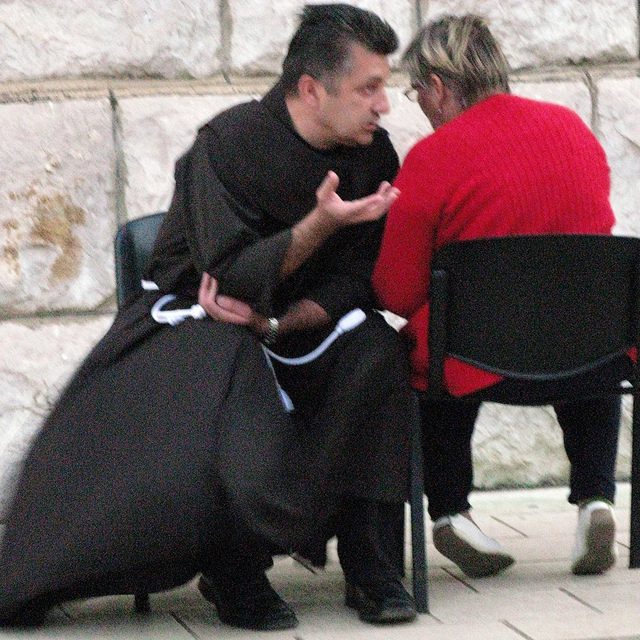 Catholic
What Was Your Best Lent Ever?
Public Catholic 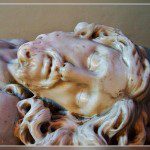 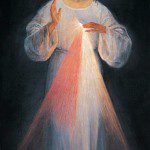