Abortion is Wrong Because it Destroys a Human Being. Rape is Wrong for the Same Reason.

Abortion is Wrong Because it Destroys a Human Being. Rape is Wrong for the Same Reason. May 25, 2020 Rebecca Hamilton

I oppose legal abortion because abortion kills a human being.

That is the only reason I oppose it.

On the other hand, I am acutely aware that the pregnant girl is also a human being. I know that the forces of misogyny, including rape, the sexual double standard and the pervasive discrimination against women and girls in all areas of life are why abortion is regarded as necessary by so many people.

I believe absolutely that these vicious sins against half the human race are the primary cause for legal abortion. Legal abortion is the cruel solution our society has created to “solve” the horror of misogyny, rape, the sexual double standard.

There was a time when the pro life movement made noises about “loving them both.” It at least gave a bit of lip service to addressing the sins of misogyny. But since Donald Trump has become its new idol, the pro life movement has abandoned all pretense of being anything other than a misogynist enterprise.

It began by backing Donald Trump himself, who is an admitted virulent misogynist/serial sexual predator/child molester who baits, mocks and degrades women constantly. It then jumped the shark by backing a man for the United States Senate who had been accused by many women of having molested them when they were teens and an accused rapist for the United States Supreme Court.

Donald Trump not only degrades and diminishes women. He does the same thing to everything and everyone he aligns himself with, including every single one of his followers. His supporters turn themselves wrong side out trying to “prove” that he’s not the crazy, woman-hating, compulsively lying, corrupt old reprobate he is. They lose themselves in the process. They become liars just like he is, and they end up supporting every vile immorality he represents, including misogyny and sexual assault.

Donald Trump has scuttled the pro life movement’s claims to be pro life and pro woman and remade it into a reflection of his own misogynist self.

Meanwhile, the hard realities of abortion are still reality and they are as ungiving and cold as they ever were. Abortion still kills a living child. Misogyny is still the driving force behind abortion.

Priests, preachers, rabbis, imams, and other religious leaders who stand silent and assenting before the widespread misogyny and violence against women that characterizes our society are not speaking for God. Their moral authority ends where their support of this universal, historic and endemic evil begins.

Abortion kills a living child. That is why it is wrong.

The fact that abortion kills a child does not mean that pro life advocates are somehow justified in supporting rape and misogyny. It does not deify the age-old evils of the sexual double standard that created the drive for legal abortion in the first place.

The sexual double standard is not morality. It is sin. Forcing the female half of the human race to bear all the guilt and shame of the sins of humanity sexuality is not pro life. It is a cruel lie.

Abortion is not justified because unwanted pregnancy can destroy a young girl’s future. But allowing young women to suffer loss of opportunity because of having a baby is not only cruel, it is anti-life.

Abortion is not justified because the terror of pregnancy from rape heightens the terror and degradation of rape. But supporting rapists and condemning and vilifying their victims is an immoral and deeply sinful act that drives women to seek abortion, whether it is legal or not.

Nothing justifies abortion, because you can’t kill innocent people. And an unborn child is an innocent person.

On the other hand, nothing justifies supporting misogyny, rapists, violence against women, and the sexual double standard. The two evils of misogyny and abortion are wrapped around one another. If you would be pro life, you must oppose them both.

The fear of rape is almost universal among American women. Misogyny and sexual assault are the dark sins on which the “need” for abortion is based. Every abortion involves a young woman who is hurting.

The pro life movement still has groups and ministries within it that try to help women. Willow Pregnancy Support here in Oklahoma is an example. But they are being outshouted by the blind followers of Trump who excuse and abet misogyny in all its forms, including rape and sexual assault.

I want to see Roe overturned. We have — or should have — the five justices on the Supreme Court to overturn it. Pro life people have compromised their humanity and decency and put their own futures and the future of this nation in peril in order to get those five votes. If these guys don’t overturn Roe in a few weeks, we’ve really been had.

But I fear that even if they do overturn Roe, the decision will not stand. If we continue down this path of supporting misogyny, the backlash will overturn the overturn in a relatively short time. And that will be permanent.

Abortion is not the answer for misogyny. Killing the baby is not the solution for a pregnancy from a rape. Addressing, admitting and opposing misogyny and violence against women is the answer to building a society built on the sanctity of human life.

When I start hearing as many sermons against rape, the sexual double standard and the second-class status of women as I hear about abortion, then I will believe that our clergy really are concerned about the sanctity of human life.

All I’m hearing from them now is that they oppose legal abortion and support powerful right-wing men who are rapists and sexual predators. 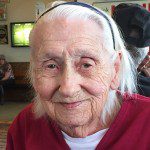 May 26, 2020 Abortion Kills a Baby. McCorvey's Confession and User Preachers Don't Change That.
Browse Our Archives
get the latest from
Public Catholic
Sign up for our newsletter
POPULAR AT PATHEOS Catholic
1