Tara Reade, the woman who has accused former Vice President Joe Biden of sexual assault, is being represented by an attorney who is a Trump supporter and donor to Trump’s 2016 campaign.

My source for this is the Associated Press, which is a reputable press outlet that adheres to journalistic standards. I emphasize that because there are so many stories being circulated by and for the consumption of the not-too-swift crowd that are total fiction.

According to the AP news article, Ms Reade’s attorney is Douglas Wigdor. Wigdor says that he is representing her on a pro bono basis because he feels that victims of sexual assault have “a right to competent counsel.”

Wigdor has a strong background of advocating for victims of sexual assault. He represented six of the women who accused Harvey Weinstein of assault. He also represented Juliette Huddy, one of the women who accused Bill O’Reilly of sexual misconduct. He spoke out in the media in defense of Christine Blasey Ford when she was being pilloried for coming forward about the attempted rape which Supreme Court justice Brett Kavanaugh committed against her.

Wigdor has a compelling record of standing against the rape culture, which is an endemic and clear-cut violation of the human and civil rights of half the people. However, Wigdor also made a $55,000 donation to the presidential campaign of virulent misogynist, sexual predator and serial abuser of women Donald Trump.

I personally cannot square that circle. I am on record saying that I know and care about a lot of people who support Trump. But, to be honest, I’ve never been able to parse their bland acceptance of rape and misogyny (or his racism and attacks on hispanic people) as A-OK.

Most of the Trump supporters I know thread the moral needle of supporting a monster by maintaining the absurd fiction that Trump (who they also claim never lies) was lying when he bragged on tape and in national interviews about doing these things.

They also pretend to believe that the dozens of women who have said that Trump raped (yes, raped) and assaulted them sexually are all lying. They brush aside his relationship with sex trafficker Jeffrey Epstein, which is, again, on video. They utterly disregard the many girls — who were teen-agers at the time he did this to them — who said that Trump subjected them to peeping-Tomism by invading their dressing room at the Miss Teen America pageant and watching them while they undressed.

Trump supporters pretend to believe that all these girls are lying. They maintain this pretense despite the fact that Trump openly bragged about doing exactly what they said he did on the Howard Stern radio show.

You can play the tapes of him bragging about using his power as owner of the pageant to go into the dressing rooms at these pageants for the purpose of seeing the women and teen-aged girls naked and his supporters will listen, then say, “he didn’t mean it when he said that.” They do this despite the testimony of so many people that he actually did it.

I have no words for how much it distresses me to see people I care about support such evil. It breaks my heart. These same people are all over the Tara Reade-Joe Biden accusations. Their reaction is devoid of concern for the victims of sexual assault. What I am seeing and hearing is a delighted gotcha response directed at Democrats. They have no problem whatsoever with sexual assault and rape. None.

It breaks my heart. Smashes my heart. But I’ve got to face it and what it means. They. Don’t. Care.

I don’t have those sorts of conflicts about Tara Reade’s attorney. I can look at him with the frosty eye of political assessment. His record of supporting women who’ve suffered at the hands of powerful men who prey on women and girls is inspiring. At the same time, his utter stupidity in giving such a large amount of money to the virulent misogynist and sexual predator Donald Trump belies his sincerity.

Why would anyone cross themselves that way? What could entice a person who opposes sexual assault and who respects women and girls to support a monster like Donald Trump?

The only thing I can say is that I am grateful for the good things Mr Wigdor has done for victims of sexual assault. I agree that women who have been assaulted by powerful men, or indeed, by any man, have a very difficult time getting good legal representation and are subjected to every kind of merciless slander and attack, including attacks from their own faith communities.

I believe that, if Trump wins this election, he will destroy our democracy. He’s already damaged it massively. I also believe that he is crazy and a psychopath and that his craziness and indifference to human life will, if he is re-elected, lead to the deaths of many people. The Russians wanted him in office and worked to elect him because they were trying to destroy us. He is doing what they put him in place to do.

Joe Biden is the person who is assumed to be Trump’s opponent in the upcoming election. That makes Ms Reade’s accusation, coming as it does after Mr Biden’s nomination seems inevitable, a fraught event. If she had just come forward last fall, the whole situation would have been very different.

I believe that her accusation is credible. I believe he did it. However, I will not support Donald Trump because I believe her. Trump is a horrible abuser of women and girls. He is a racist. He is incompetent. He is profoundly dishonest. I believe absolutely that he is crazy and a psychopath. He is destroying my country.

The accusations against Biden also do not change the fact that Trump is a virulent misogynist and sexual predator. He stands credibly accused of sexual predation against minors as well as adults. He stands credibly accused of having committed violent rape. He has bragged openly and on tape and video about doing these things. As president, Trump verbally abuses and demeans women reporters from the podium, on a daily basis.

Nothing that Joe Biden did or might have done changes any of that. The accusations against Biden illustrate just how deep the abyss of misogyny is, and how prevalent and dominant the rape culture has become. They do not exonerate Donald Trump or make him less of a threat to America’s survival as a free and strong nation.

As for Ms Reade’s attorney, he is a conundrum.  I don’t see how an intelligent, well-informed and sophisticated attorney who is active in this arena could be a sincere advocate for victims of sexual assault and rape and simultaneously back Donald Trump’s campaign for the White House.  I suppose Mr Rigdor can square that circle, at least for himself. But I can’t.

WASHINGTON (AP) — Tara Reade, a former Senate staffer who alleged Joe Biden sexually assaulted her 27 years ago, is being represented by a prominent lawyer and political donor to President Donald Trump’s 2016 Republican campaign.

Attorney Douglas Wigdor told The Associated Press he was not currently being paid for his work with Reade. His firm also denied there was a political motivation for his decision to represent Reade in her accusations against Trump’s presumptive Democratic opponent in the November election.

“We have decided to take this matter on because every survivor has the right to competent counsel,” the firm said in a statement.

Reade has said for weeks that she was struggling to find a lawyer willing to represent her. She’s accused Biden of sexually assaulting her in 1993, when she worked on his Senate staff. He has denied her allegation. 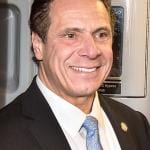 May 7, 2020
Trump and Cuomo place a profoundly different value on human life.
Next Post

May 8, 2020 Trump Campaign Gets Zapped for Releasing Another Lying Ad
Browse Our Archives
Follow Us!