I want to talk for a moment about the fight for the right to life for the unborn child.

We are awaiting a Supreme Court decision that will show us whether or not the five “pro life” justices on the Supreme Court will actually do the thing that pro life people put them on the Court to do. Will they overturn Roe? Or, will they issue a decision that keeps Roe — and the right-wing vote-getting system — in place?

Prognosticators on both sides of the abortion divide expect the Court to punt. The possible decisions that court watchers and political commentators are suggesting all involve a “narrowing” of Pennsylvania v Casey, not an overturn of Roe v Wade.

Pro life commentators began talking about “gradual” decisions as soon as Kavanaugh was confirmed and we actually had — or were told we had — the “pro life” majority on the court that pro life people had been working for.

Pro life people have nearly destroyed our country by electing a long succession of incompetent right wingers whose campaigns were financed by a small group of fascist billionaires who wanted to use their money to buy our government and use it for their own ends. As soon as we got the five supposedly pro life justices on the Court and had — or should have had — the power to overturn Roe and end legal abortion, pro life politicians and commentators have taken their collective foot off the political gas.

When they got the power to overturn Roe, they stopped talking about overturning and started talking about gradualism. Gradualism would push the abortion debate forward into an endless morass of politicking that could go on until the 22nd century.

This isn’t about ending legal abortion and saving lives. It’s about organizing the churches into vote delivery machines and blackmailing religious people to vote for crooks, predators, and would-be dictators who are in the pay of the billionaire’s boys and girls club. It’s about forcing Christian people to back a fascist takeover of our government in the name of the unborn.

It is no surprise to any thinking person that right wing politicos never wanted to overturn Roe. Roe is the mule they ride to election victory. Roe is the moral blackmail they use to break down Christian morality into crass political pragmatism and use it to empower their corrupt, Anti-Christ practices.

Now that the right wing has succeeded beyond what they ever intended to do and actually gotten a Supreme Court that should overturn Roe, they are running backwards from actually delivering.  After all, if you take away Roe, there is no moral reason to ever vote for a Republican again.

The Republicans have tried to obviate this fact by shoveling government money into the “ministries” of “their” churches. But that is not a moral reason to do anything. It is plain and obvious corruption on the part of the religious leaders of many, if not most, pro life denominations.

The fact is, without abortion, the unvarnished ugliness of Republican positions on almost every issue has to stand or fall on its own. That is the reason that no one expects the Supreme Court to overturn Roe.

They have the votes. Or they should have. But the prevailing wisdom is that the Court will do the bidding of the right wing, and keep Roe in place. I’ve read many analyses that state plainly that the Court is unlikely to overturn Roe “in an election year.”

The drumbeat inside the churches is to vote Republican this election because of our love for the unborn child, even though this Republican president is tearing our country apart and setting us up for a turn toward dictatorship. However, if the people saying this actually cared for the unborn child they would have been agitating for the past few months to overturn Roe.

But they have been silent in this matter. In fact, they are the same folks who are putting out the garbage about a “gradual” overturn of Roe.

Whether or not we will see an end to legal abortion by fall remains to be seen. But I am not going to continue to play the game of “one more justice.” Are we supposed to keep on blindly voting for destructive right wingers who are tearing our democracy down and endangering all our lives, even when we already have the majority on the Court we need?

Are they telling us to do this until we have every single vote on the Court? Would that be enough to overturn Roe? Would it? Or, is the plan to just ride this mule until it falls over and then abandon the whole thing for a better mule?

Maybe the plan is to use pro life people until they’re no more use, then drop the whole thing. Maybe, after all the blood and tears, we end up never overturning Roe. Is that the real plan, and we just don’t know it?

I opposed the confirmation of Brett Kavanaugh to the United States Supreme Court. An attempted rapist should never have been confirmed. It would have been a simple matter to withdraw his nomination and nominate someone else. But the right wing went into an all-out, to-the-wall effort to get this man on the Court. They would not consider anyone else. I doubt if they did this because they love the unborn child.

Kavanaugh evidently promised Senator Susan Collins that he would not vote to overturn Roe. Now we’re going to see if she got lied to, or we did.

I do know that if the Senate had rejected him and pushed for another nominee, we could have gotten someone like Amy Cohen Barrett, who is unambiguously pro life. If that had happened, we would not be talking about “gradualism” and wondering what the Court is going to do.

Pro life people have supported enough filthy rapists, sexual predators and misogynists to besmirch their movement and their own selves from now until the Second Coming. If this results in the overturn of Roe, they can say that it was a terrible price, but it did save lives.

If, on the other hand, it results in a “narrowing” of Casey and the preservation of Roe just so that the political forces of the right can continue to rake in pro life votes, then they were gullible and their efforts were counterproductive and their moral sell-out was just that, a moral sell-out. A decision narrowing Casey that leaves Roe intact, which is what everyone seems to expect, will challenge the pro choice movement. It could push abortion availability into a state-by- state situation. But it will not end legal abortion, and it will not save lives.

I want to see Roe overturned. It could be — it should be — overturned by the end of summer. 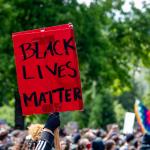 June 11, 2020 Trump is Coming to Tulsa. Get Ready for the Two Minute Hate.
Browse Our Archives
get the latest from
Public Catholic
Sign up for our newsletter
POPULAR AT PATHEOS Catholic
1

Catholic
Trump said, "I Wish Her Well." Did That...
Public Catholic
TRENDING AT PATHEOS Catholic

Yes, We Must Re-Open (Most) Schools
This has been bothering me for a while, and yet I've hesitated...
view all Catholic blogs
Copyright 2008-2020, Patheos. All rights reserved.