It is important to remember that Trump’s visit to the shrine and Archbishop Gregory’s statement that preceded it, came during nation-wide demonstrations over the murder of a black man by police. The Archbishop spoke after Trump had made statements threatening violence against protesters, and said he was going to use the American military against our own citizens, then tear-gassed peaceful protestors so he could waltz across a street and pose for cameras in front of a church with a Bible.

Commonweal sidesteps the what-did-he-know-and-when-did-he-know-it flip-flap and goes straight to what they consider to be the heart of the issue. That heart is the fact — as they see it — that the Archbishop didn’t have to say anything at all. He could have hidden in his office and — as most bishops usually do — ridden it out in silence. Or, failing that, he might have issued a statement that was mired in mushy religious-speak and lawyerly on-the-other-hands that seemed to say something but actually said nothing.

Instead he went right out there and said something in defense of the human dignity of African Americans and against the racism of a vengeful and downright crazy but unbelievably powerful American president. Archbishop Gregory did something that most religious leaders simply will not do. He refused to kiss a Republican Ceasar’s ring and he scolded Ceasar for his sins in the process.

Archbishop Gregory went haywire, at least according to the political cant that has replaced the Gospels and the Ten Commandments in America’s bastardized, anti-Christ political Christianity. He went, as we say here in Oklahoma, off the range and rode off in a direction all his own. He actually, in public, issued a moral criticism of Donald Trump. Right wing religious heads have been exploding and re-exploding every day since.

While I appreciate and even see the merits of the Commonweal argument, I honestly think that their basic premise is completely wide of the mark. I think Archbishop Gregory did have to say something. I think that this was one of those situations which come so often to people of conscience in the ugly world of Trumpland where he couldn’t not.

I don’t mean that in a way that diminishes what he did. I say it as someone who understands all the way through how it feels.

Trump has a way of stripping people of their dignity, of taking away their value as human beings and shoving them into the category of don’t matter much. He does this in the way he degrades people who interact with him on a personal or professional level and he does it blindly with full force and no mercy to whole groups of humanity in his public statements and policy decisions.

He reduces people from whatever they thought they were to the elemental thing about themselves that he thinks is worthy of hating, dismissing and abusing.

I know. I’m a woman. I’ve lived for three years under the governance of a man who despises women and who lauds, supports and promotes sexual predators. I’ve had to try to stay faithful to a Church that will not call him out on this, will not speak against him on it, joins in with him in promoting sexual predators for powerful positions.

Trump, and his little toy soldiers in the larger culture have a way of stripping people down to whatever part of them that they hate and disregard. He and his vicious followers make people choose over and over again. Are you Catholic or a woman? Are you pro life or a woman? Are you a black man or an Archbishop?

Trump, with his racism and the dastardly display he gave us when he tear-gassed peaceful protestors in order to walk across a street and pose with a Bible, reduced every person with a sensitive soul to their elemental parts. The Episcopal bishop came out immediately as a Christian. She acted so quickly and with such strength that there must be a fully considered and thought through commitment underneath it. She wasn’t stunned into inaction. She just stepped right up to the plate and swung away.

Her behavior put all the men, hiding in their rectories, to shame.

She also, without intending to or probably even thinking about it, threw down the gauntlet in front of Archbishop Gregory.

He couldn’t not take it up.

Trump reduces black people to their blackness, women to their femaleness, hispanics to immigrants and outsiders. He takes away all the things that make us individuals and full human beings and shoves us down into pitiful caricatures of full people that he can abuse and hurt as he wishes.

Up until the last couple of weeks, he has had a clear moral playing field to do this. The big-name religious leaders in this country have backed every evil, dehumanizing thing he has done and said. They have denied the Cross, turned their backs on Jesus standing in front of them in the guise of suffering humanity, denied the authority of the Gospels, drop-kicked the Ten Commandments and aided and abetted this monstrous man in attacking and dehumanizing many millions of people.

It took a woman, an Episcopalian bishop, with enough guts to stand up and speak out, to put a crack in the mass obeisance before Trump.

He had to speak out. He had to.

A smattering of his brother bishops have followed. Others have been studiously silent. The Trump Mean Catholics have been attacking Archbishop Gregory with every bit of venom they can muster, and they are a venomous bunch.

It was ever thus. The wheat and the tares will grow together until the Lord of the Harvest comes at the end of the world to separate them. Jesus told us that, and it’s true.

I am also a woman who loves Jesus with all my heart. I know with every atom of my being and throughout the depths of my soul that Jesus does not hate any of the people He made. He loves all of us.

My one message in this time of Trump is this:

Don’t let Trump and his whore preachers turn you away from Christ. Don’t let them take away your only hope.

The wheat and the tares grow up together in the fields until that day when the Lord of the Harvest will come and separate them. He will welcome the wheat into eternal life. He will toss the tares into the fire.

That is your dignity.

Don’t let a politicized clergy and a corrupt politician blind you to your unimpeachable value and eternal worth.

Washington Archbishop Wilton Gregory could have played it safe. He could have hewed to the unwritten rules requiring church officials to defer to influential donors and powerbrokers. Instead, the archbishop set down an important marker for the church’s integrity last week. When President Trump visited the Saint John Paul II National Shrine—which is managed by the influential Knights of Columbus—Gregory, a soft-spoken leader known for his pastoral instincts, issued a notably blunt statement. “I find it baffling and reprehensible that any Catholic facility would allow itself to be so egregiously misused and manipulated in a fashion that violates our religious principles.” And, commenting on the treatment of peaceful protestors preceding the president’s appearance at Saint John’s Episcopal Church the day before, the archbishop added a clear rebuke to Trump, saying that John Paul II would “certainly not condone the use of tear gas and other deterrents to silence, scatter, or intimidate for a photo opportunity in front of a place of worship.”

June 11, 2020
Trump is Coming to Tulsa. Get Ready for the Two Minute Hate.
Next Post 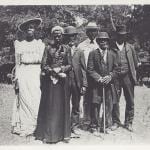 June 13, 2020 Trump Moves Tulsa Rally to June 20. "Evidently June 19 is a Big Deal."
Browse Our Archives
get the latest from
Public Catholic
Sign up for our newsletter
POPULAR AT PATHEOS Catholic
1