President Trump has denied that he ever called Senator John McCain a loser, or that he said that the men and women who have given their lives in service to America during war are “losers” and “suckers.”

Even though he didn’t mention it specifically, I think he also sort of denied that he said that we shouldn’t have wounded or disabled veterans at military parades because “no one wants to see that.”

He also backpedaled on his plan to shut down the 100-year-old military publication Stars and Stripes.

Trump’s denial was issued in his usual fashion. He put out a histrionic tweet saying that he would swear on a “whoever or whatever” that he never called John McCain a loser and didn’t say that our fallen heroes were “suckers” and “losers.”

He must have thought things were really bad since he even wheeled in Melania Trump, of the “It’s just boy talk,” and “boys will be boys” fame to also say it wasn’t true.

I would guess that these denials are enough for people with no memory and extreme credulity. But the rest of us understand that Trump lies just about every time he opens his mouth. His denials and the “whatever Donald says I agree with him” statements from his wife and toadies are exactly what we expected. They mean nothing.

I would guess that he thinks that he can get away with saying that America’s soldiers who gave their lives in our defense were “suckers” and “losers” the same way he’s gotten away with so many other things. He’ll blatantly lie his way out of it and his worshipful followers will believe him.

He’s also relying on the fact that the people who witnessed his behavior are all trussed up like Thanksgiving Turkeys with Non Disclosure Agreements. Trump and people like him, including the infamous rapist Harvey Weinstein, hide their crimes behind Non Disclosure Agreements, or NDAs as they are called. They use these NDAs, coupled with their power and money, to destroy anyone who speaks against them.

The way it works is to get someone to sign an NDA on condition of employment. Then, after they sign, no matter what crime you commit against them or in front of them, they are muzzled. They cannot speak about anything you do. NDAs have become the sophisticated and moneyed felon’s weapon of choice.

NDAs are powerful men’s knee on the neck of the truth. In this case, they are a way to subvert the right of the American people to know what their government is doing.

Despite this, the corroborations of the story that Trump said that soldiers who give their lives in service to our country are “losers” and “suckers,” that he looked at the grave of a fallen soldier and said to that soldier’s father “I don’t get it. What’s in it for them?” are piling up.

Fox News spent a chunk of its Friday coverage dismissing a report in The Atlantic saying President Donald Trump belittled fallen military members by calling them “suckers” and “losers.”

Then Jennifer Griffin, a national security correspondent for the network, said in a lengthy Twitter thread that former Trump administration officials confirmed the president’s remarks to her.

Here are screenshots of the Fox News reporting.

For more information, check out the links below.

Trump: Americans Who Died in Wars are Losers and Suckers.

Trump Says He Never Called McCain a Loser. Here’s the Evidence that He Did.

Trump Says He will Reverse Plans to Close Military Newspaper Stars and Stripes.

Chaos at Fox News as some refuse to believe the network’s own reporting on Trump’s contempt for the troops.

Fox is so Rattled by Story of Trump’s Military Story That It Confirms, Debunks, then Reconfirms It.

September 4, 2020
Russia Did Pay Extremists to Kill US Soldiers in Afghanistan, According to 3 Separate Taliban Sources
Next Post 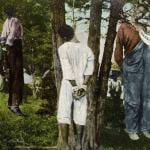 Thinking About Images of Mary
In my goofing off today: "The First Instagram Filter" from Jeff Miller...
view all Catholic blogs
Copyright 2008-2021, Patheos. All rights reserved.