Trump Got Beat. He’s Not Man Enough to Take It. Neither are His Followers.

There was no fraud in the November 3 election. Biden beat Trump.

Christopher Krebs, the man Trump put in charge of election security, said it. He got fired for saying it. Now, he has gone on national tv and said it again.

There was no fraud in the November 3 election. Trump responded to Krebs’ statements as he always does,  by showing us his crazy. He tweeted insults at Krebs and issued more of his daft claims that he, the great and powerful Trump, had really won the election.

Donald Trump has indulged that crazy of his full-on since the election, wandering our national psyche like a mad ghost, bewailing his loss and dragging chains of denial and lies behind him everywhere he goes. If he wasn’t such an incredibly mean jerk, it would be sad. But he is mean, and cruel and he has a lot of people who groove on his crazy.

I’ve been watching a few of the extreme right wing Catholics I know, people who I once admired and thought were stable and mentally sound. They’re busily drinking from the internet sewer, littering their Facebook pages with idiocy claiming imaginary scenarios in which their false idol of a defeated politician won the election he so soundly lost.

The truth is, those of us with functioning brains who saw the obvious fact that Trump is a deranged psychopath who was dismantling our nation and setting all of us up for misery and suffering of Old Testament proportions stood in lines for hours or cast our ballots by mail in record-breaking numbers to vote him away. We saw Trump for the monster he is. And we went out and beat him.

The American people did something that so far as I know has never been done before in the history of the world. We stopped a Hitler without firing a single shot. Instead of bullets, we were able, due to the strength of our democracy and what has become the courageous honesty of election officials all over this land, to put down America’s would-be Hitler with the ballot.

It didn’t take a world war to stop Trump. Our allies didn’t have to unite against us and defeat us in bloody combat. We didn’t have to flee this country to get away from this evil man. We stopped him with the vote.

No demagogue/tyrant in history has ever been stopped with the ballot before, not after he got his hooks in the psyche of his nation and exercised power for four years. But we did it.

We did it despite the most unashamed and rapacious voter suppression this country has seen since the days of Jim Crow. Trump went to the extreme of appointing  his hand-picked as-corrupt-as-Trump Postmaster General to take apart the Post Office, dismantling mail sorting machines and removing mail boxes from stations all over the country; all this to cripple American’s ability to cast their ballot

There was talk in right wing Catholic publications about taking the vote away from women, since a majority of women were voting for Biden.Republicans closed nearly 21,000 polling places in Democratic neighborhoods, especially those where black people and other minorities lived.

Instead of giving up, people stood in line all day and into the night to cast their ballots. Navajos in Arizona rode up to three hours on horseback to distant polling places. Republicans did everything they could to keep people who live in Democratic areas from voting, including putting up phony ballot box collection boxes to “harvest” votes in California.

At the end of the day, American strength of character came through. Despite the blatantly racist attempts to prevent black people, native Americans, hispanics and anyone else likely to vote Democratic from voting, 80,000,000 of us stood in line or mailed in our ballots  and voted for Joe Biden. Biden didn’t just win this election. He won with the largest percentage of the American population in history. Fully 25% of the eligible voters in this country voted for Biden.

That alone should be enough for people to ignore his whining and lying now that he actually has lost.

Think about it folks. He was the president. Due to the servile Republican Senate, he had control of both the executive and legislative branches of government. He cheated every way he could by suppressing votes, going so far as to all but destroy the United States Postal System. And he STILL lost.

WE THE PEOPLE put this monster down.

Trump got beat. The reason he’s throwing this ridiculous fit is that he’s not man enough to take it.

Instead of doing what every other candidate, including sitting presidents, who have lost elections have done, and behave like a man, he’s whining and lying and accusing and denying and behaving like the malignant nut job that he is.

This, my friends, is why sane Americans went to the polls and voted against him. He’s a psychopath. He’s crazy as a peach orchard boar. He’s cowardly. He’s cruel. He’s mean. He’s dishonest. He’s corrupt. And he’s dangerous.

While Trump-following fools are rolling around on the ground, wailing and moaning and spreading idiot lies to follow along behind their nut-job false idol, the rest of us have got to try to undo the hideous damage he has done to the body politic of this great nation.

I have one thing to say to all the little Trumpsters out there who are following along behind daddy nut job and working to tear this country apart with their lies. Here is that one thing:

Your boy is cray-cray folks.

And you’re not looking too sane yourselves. 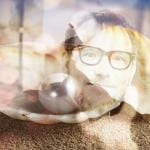 October 19, 2020
Trump's Priests/Preachers/Bishops are Selling the Pearl of Great Price for a Plastic Political Decoder Ring
Next Post

November 30, 2020 Whaddaya Do When Your Bishop is a Quack?
Browse Our Archives
Related posts from Public Catholic