Every so often, I feel the need to go back to the basic tenet — and the only tenet which holds up — of pro life opposition to abortion.

Abortion is wrong because abortion kills a living child.

Any time we have laws that allow us to pick a group of people and say that it is permissible to kill them at will, the entire edifice of moral reasoning that supports our defense of the weak against the powerful begins to crumble. It is wrong to kill people. The only exception is self defense. Other than that, it is always, without question or debate, wrong to kill a human being.

In this time of insurrection, cowardice and lies, when even priests and bishops of the Catholic Church preach salvation through politics and place demagogues on the altars of their hearts, we can easily forget that. Pro life has morphed away from being an elucidation of the unique value of each individual human being and become an excuse for repudiating the Gospels and all morality in the name of political heresy and idolatry.

People who haven’t forfeited their reason to the mental illness that pervades so much of our society rightly see the entire pro life movement as an anti-morality, anti-human rights club that is used to enforce lies, terror and violence on the general population. They see the pro life movement — and they are right — as an amoral political lie that is being used to excuse cruelty, corruption, rampant dishonesty, treason, and lies.

Pro life arguments and loyalties must abandon the Republican Party for the simple reason that the Republican Party has so degraded itself that association with it destroys the moral basis for any ideal or position that associates itself with it. The Republican Party has used the pro life movement to justify itself for decades. It’s only consistent legislative initiatives have been designed to siphon the national treasury into the hands of a few billionaires. It has dressed this up with talk about the evils of abortion to give its whore clergy and whore “Christian apologists” and whore “Christian ministries” — who are also at the money trough — the argument they need to drive their followers to vote Republican.

I have long thought that the way Catholic clergy drive the faithful to toss away their votes and blindly vote for one party, no matter how immoral or incompetent the person they are actually voting for may be, is a lot like the way that people in stockyards drive cattle. My mother was a weigh master at the Oklahoma National Stockyards for a lot of years. I saw the way that the cowboys handled the cattle they were herding to their doom.

It was simple, really. They pushed them, the whole herd of them, from behind with goads and shouts, forcing them to run blindly forward in fear. Then, they shut off any exits. The cattle were forced to stampede through the long narrow path to the auction, and out to the trucks. Forcing them to repeatedly turn and turn as they spiraled down this path made the cattle run harder and fight less.

Mama told me that every so often someone would send a beeve they’d raised as a pet to the auction. She said she wanted to cry when she saw them. These gently raised and loved pets were so hurt and confused.

Americans are like those gently raised pets. And the whore Republican clergy who drive them to vote Republican so that the clergy can sit at the power tables are like those cowboys. They’re working for the boss, and the boss is not Jesus Christ. They don’t care about the human cattle they are shoving through the political process.

Catholic clergy are, for the most part, more subtle than Protestants about how they do this. While an increasing number of of Catholic priests and bishops are taking to ranting and raving and calling down fire and brimstone on anyone who dares cast a vote based on the quality of the governance a candidate might provide, most of them still adhere to the subtle, cattle-driving pressure of shutting off any exits. It goes like this.

They tell us that we must vote pro life. They don’t tell us we’ll go to hell if we don’t, but it’s implied. Then, they say that we can’t decide not to vote. They close the exit and use their “teaching authority” and our own desire to be right with God to drive us forward, down the chute. If the Republican candidate is on tape bragging about sexual assault, or calling for violence or mocking the disabled, they just goad us forward, like cattle.

According to Republican whore clergy, voting pro life only means one thing: It means voting for the candidate who says that he or she opposes legal abortion under any circumstance. You have to vote for that person. Even if the candidate has the morals of the BTK killer, you have to vote for him. Any other action, including not voting at all, is a sin.

A politician can kill as many people as he or she wants. They can have as many abortions as they want. They can lie, steal, rape and destroy as much as they’d like. They can push racism, join up with the Proud Boys, support Nazis, betray this country to foreign powers, stand by and do nothing while we are riddled with a pandemic and foment an insurrection in order to establish themselves as a dictator. None of it matters. You still have to vote for them.

All they have to do is say that they oppose legal abortion (illegal abortion doesn’t matter) under any circumstance. That’s it. That’s all. It undoes every other sin in this new salvation through politics bastardized Christianity.

There are a few caveats that run alone the lines of government money and same sex marriage, but we’ll keep it simple for now. The main thing is to give verbal support for opposing legal abortion under all circumstances.

The Republicans and the preachers will tell you that they want to do things like stop funding abortion with government money. But they always set up those votes on defunding abortion so that they lose. Then they blame the Democrats and use the vote for campaigning.

After 50 years, these guys still haven’t figured out how to pass a bill, unless, of course, the bill is a massive tax cut for the wealthy. Passing those bills is a kind of magic that can’t be used for anything else. That’s their story and they’re sticking to it.

The same goes for packing the Court. We now have six out of nine Supreme Court justices who were put on this court supposedly to overturn Roe. The entire pro life movement is ignoring this and going on with politics as usual. Why?

Because these justices weren’t put there to overturn Roe. That was just a lie that we were told. They were put there to advance the extreme right wing agenda of the billionaire’s clubs who have been funding the right wing, the Republican Party and most of the pro life movement for a long time now.

The purpose of the whole thing, at least so far as the Republican Party was concerned, has never been to save the lives of the babies. It’s purpose from day one was to rob the national treasury. And it has succeeded so well that our nation’s infrastructure is crumbling while a few billionaires have managed to gather America’s monies to themselves and starve out the whole rest of the country.

I think it’s past time for us to go back to the single essential premise of what pro life opposition to abortion is really about.

Except for self defense, it is wrong to kill people. Abortion kills a child. That’s why it’s wrong.

I think that the preachers, priests and bishops are correct to insist on the truth of that premise. I support them in that.

However, they fall flat on their faces when they follow up by insisting the strategy they support for creating laws that will protect the unborn child is the only one, the best one, or even that it’s going to work at all. When they go so far as to conflate their choice of political tactics with the eternal verities and bully people into following it like a herd of cattle being herded to the auction block, they have overstepped themselves by a lot. They have wandered off into demagogue territory themselves.

The truth is, pro life people have forfeited everything to adhere to this one idiotic strategy for overturning Roe v Wade for well over 50 years now. We have elected horrible people to office, people who belong in jail rather than at the head of our government. We have wrecked our country, impoverished many of our people, supported vicious racism and misogyny and turned our backs on the entirety of the Gospels.

We have taken Jesus out of American Christianity and put the Republican elephant on our altars. And we have enriched a few billionaires beyond the dreams of avarice.

What we have not done is save the babies’ lives.

If our super pro life majority on the Supreme Court does not overturn Roe, if they cough up some half measure or simply let things stay the way they are, then we can — and we must — admit that the strategy we’ve been following is a failure. It will be time, and past time, to think again and try something new.

Except for self defense, it is wrong to kill people. Abortion is wrong because it kills a child.

It’s time we got back to that.

It’s past time that we figured out a way to actually save the child without destroying women, ending our democracy, abandoning Christ or creating a society so wretchedly evil that it can not sustain any life at all. 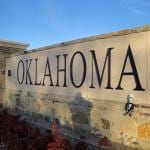 February 15, 2021 Okies Got What They Voted For: A Congressional Delegation That is 100% Traitor.
Browse Our Archives
get the latest updates from
Public Catholic
and the Patheos
Catholic
Channel
POPULAR AT PATHEOS Catholic
1

A Virus of a Film: A...
Steel Magnificat
Related posts from Public Catholic