I Believe What the Church Teaches. That’s Why I Oppose Extremist Right Wing Catholicism.

I Believe What the Church Teaches. That’s Why I Oppose Extremist Right Wing Catholicism. May 19, 2021 Rebecca Hamilton

“I believe in God, the Father Almighty, Creator of Heaven and earth; and in Jesus Christ, His only Son Our Lord,

Who was conceived by the Holy Spirit, born of the Virgin Mary, suffered under Pontius Pilate, was crucified, died, and was buried. He descended into Hell; the third day He rose again from the dead; He ascended into Heaven, and sits at the right hand of God, the Father almighty; from thence He shall come to judge the living and the dead. I believe in the Holy Spirit, the holy Catholic Church,the communion of saints,the forgiveness of sins,the resurrection of the bodyand life everlasting.”Amen.

The McCarrick report came out months ago. I didn’t write about it then because I was bound up in my own internal conflict between my intense love for the Church and my absolute inability to support rape, rapists, sadistic sexual perverts who prey on other people, and men who support men who abuse women and children.

I was so conflicted, and so overwhelmed with grief because of what many of the bishops had done and were doing that I couldn’t write about the McCarrick report at that time. I had a clear opinion about the report and what I thought it meant. I just wasn’t ready to say that opinion in a public forum. I needed time to deal with my own self before I did that.

I didn’t realize it at the time, but when I published the article that I titled You Lost Me at Kavanaugh, I severed the Gordian Knot that had kept me silent for so long. I’m going to write about a lot of things that I’ve been avoiding, including the McCarrick report and the larger truth about the Church that the 20-year clergy sex abuse scandal has made obvious, if you are willing to see it.

My primary focus going forward is going to be violence against women and the pervasive misogyny that is not only present in American Christianity, but that is actively taught and enforced by it. Misogyny is not, as generations of Christian clergy have taught, righteousness before God. By teaching and preaching misogyny as a moral imperative, the Church has been preaching and teaching sin as a virtue. I am going to go into that quite a bit in future posts.

But for now, I want to begin with the McCarrick report and the clergy sex abuse scandal. I’m also going to take up that other scandal, which is the consistent pattern of the bishops teaching one thing and then opposing what they teach in their political advocacy. I’m going to talk quite a bit about this clerical political hypocrisy as it applies to violence against women, Rerum Novarum, Mulieris Dignitatem, the preferential option for the poor, and racism.

The truth is, I believe the things the Church teaches.

That is why I oppose the political stances the bishops have been taking.

I have grieved the loss of the Church I believed in. My grief has been prolonged, painful and deep. It pushed me to re-examine my own beliefs and ask myself what, in the final analysis, I believed enough to stand on.

That last wasn’t a difficult study. I knew without having to go through a lot of self-examination that I believe the Gospels and the Apostles Creed right down to the ground. I believe that God is real and that Jesus Christ is the only hope of salvation that any of us have. I have experienced the Living God acting in my life in ways that signify loving care and also loving patience.

I know the nakedness of sin, and the loving cloak of the forgiveness of God.

One of the things which saddens me most is that in its lurch to the right the American Catholic Church is taking on the same kind of condemning, hate-filled unforgiveness that is manifested in its right wing political brethren, the Evangelicals. In fact, a lot of Evangelicals have entered Catholicism in recent decades, and it appears that instead of being converted by the Church, they are doing the converting. Their influence, and — dare I say it? —  the influence of right wing money, is converting the Catholic Church to the anti-Christ Evangelical values of salvation-through-politics and hate-as-righteousness that they brought with them from their Evangelical past.

The Church is losing the most powerful manifestation of Christ that it had to offer, which was its infinite love and forgiveness. It is becoming a political thing, a tool of the crazy mean and overtly fascist new American right wing.

What, in the middle of this, can someone who believes what the Church teaches and who is profoundly grateful for the love and forgiveness the Church has shown her, do when that same Church turns its back on its own best self to ape the sinfulness of the larger world and call it righteousness? What does a believer do with the McCarrick report and its ghastly implications about what the Church really is, inside, behind closed doors?

I went back to first cases, to that deeper what-do-I-believe-enough to live my life on it, no matter what anyone else does? At that point, I arrived at the simple knowledge that I believe the Creeds. I believe the two-thousand year teachings of the Catholic Church, the basic Christian truths that are the Gospel of Christ manifested in this world.

I know — know — that I have experienced the love of God Himself in a direct and profound manner. I know that someone, some One, spoke into my consciousness with words that saved my life and my soul. Whether it was the Holy Spirit or one of my angels, I do not know. But it happened. It was real. It saved me. And I know that.

This belief is what I found when I asked myself the question “What do I believe, really believe, at bed rock?”

That belief is why I can say with such certainty that I do not agree with the direction that the bishops have been taking. It is why I can say that their love affair with the right wing is not of Christ and that misogyny and violence against women come straight from the pit.

I do not and will not follow the bishops’ new politics because I believe the two-thousand year teachings of the Catholic Church.

I’m going to begin by writing about the McCarrick report and the long saga of priestly sex abuse and the collusion and support for that abuse that riddles the Church from the Vatican down. The implications of that are both terrible and obvious. They are the key to understanding why the Church laid down and let Trump walk all over it, they point to the cause of its newfound fascism and love affair with the political right.

Before I begin, I want to offer you one more chance to read the McCarrick report and to ponder its implications for yourself. You can find it here, on the Vatican website. Give it a look.

May 16, 2021
Do Not Deny Yourself the Eucharist Because of the Bishops' Sins Against Women
Next Post 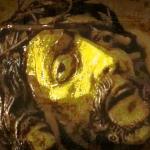 May 26, 2021 McCarrick Report: It's Not a Few Bad Priests. The Church Itself is Corrupt.
Browse Our Archives
get the latest from
Public Catholic
Sign up for our newsletter
POPULAR AT PATHEOS Catholic
1