Will Pope Francis’ Half Measure Save the Latin Mass?

Will Pope Francis’ Half Measure Save the Latin Mass? July 20, 2021 Rebecca Hamilton

I guess it’s time for me to do what I often do, and make everybody on both sides of a contentious issue angry with me. The argument in question is the one concerning Pope Francis’ recent directive concerning the Latin Mass.

When Pope Benedict first issued the directive allowing broader celebration of the Latin Mass, my reaction was … Ok.

I have zero problem with people who want to hear the mass in Latin. I don’t get it myself, but if that’s your huckleberry, then knock yourself out. I’m fine if the Church wants to offer the mass in Latin so long as those of us who like praying in our own language continue to have that option. Me, I love the much-maligned Novus Ordo and would not want to give it up. If you feel the same about the Latin Mass, I hope you will be able to participate in it.

Over time, however, I experienced the ugliness that seems to accompany the Latin Mass, at least from some of its more verbal proponents. It appears that there is quite a number of highly vocal and increasingly well-organized Latin Mass aficionados who are using it as a political, religious and moral plumb line to gauge whether one is a “real” Catholic, a moral human being, or even someone who deserves basic civility and kindness.

Instead of being a conduit of grace, the Latin Mass, has, for these people, become the timber out of which they have built their own self-righteous little clubhouse. Instead of moving them toward the common good, participation in the Latin Mass has made them mean, ugly, divisive and far more satanic than Christlike in their behavior.

It appears that the Latin Mass is increasingly becoming an organizing tool for extreme right wing politics and religion; a lightning rod for those who love to hate the pope and exclude anyone they aim their venom at on any given day. I attribute this nastiness to some really bad priests and bishops who have taken up the Latin Mass as a way of working out their personal mental problems and promoting their extreme right wing political beliefs and, of course, their money-making “ministries.” The ugliness is buttressed by certain lay ministries who are getting funding from right wing foundations and donors.

These bad people have led the mentally and morally weak among their flock straight off the cliff of right wing invective, cruelty and destructiveness. They have led them away from Christ.

At the same time, there are many people, including folks that I know personally, who find the spirituality in the Latin Mass. The Latin Mass is, for them, what the mass is intended to be, an open door to deeper communion with Christ.

For that reason, I’m glad that the pope is only going halfway with this, that he is allowing the Latin Mass to continue. I think the Holy Father is trying to save the Latin Mass with this half measure and I hope against hope that he succeeds. But I am also glad to see that he has placed limitations on the way it is being used.

I’m way past tired of getting poison pen snipes from Latin Mass people telling me that the pope is not Catholic, and the Jesuits aren’t Catholic, and mass in the vernacular is not Catholic, and that anyone and everyone who has a thought or an idea, and I mean a thought or an idea of any sort that does not align precisely with their increasingly narrow and hurtful vision for the world is not Catholic. The Latin Mass, in the hands of politicized priests and bishops, has become a kind of incubator for creating crazy mean Catholics who delight in excluding and wounding people, who harass, attack and bully with self-righteous glee.

I’m tired of the meanness, the open calls for schism, the vicious attacks and the over-the-top, flat-out-idiotic claims of a phony righteousness based on membership in a self-proclaimed exclusive club of worshippers. I have had it with the constant yammering about the supposed evils of Vatican II, and the obvious lies about so-called liturgical abuses in any mass except the Latin Mass. I have been a Catholic for over 20 years, and I have attended mass all over the world and I have never seen anything but true reverence at any of them.

I haven’t written about this before now because, to be honest, I don’t care about it all that much. Go to the Latin Mass if you want, but puleeeezzzz shut up about it. Let the rest of us go to the mass in the vernacular without being attacked.

The mass is a conduit of grace. When it becomes a political and money-raising tool used by fallen priests and bishops to incite worshippers to self-righteous hatred, it ceases to be a conduit of grace and becomes a source of evil. The Latin Mass is good if it is a source of grace. When it becomes a money-raising, political-outrage-generating source of self-righteousness and hatred, it is as fallen as the political priests and bishops who have perverted it.

I hope the Holy Father’s directive leads to the end of this deliberate corruption of the Holy Mass by certain Latin Mass all-star priests and bishops, but I am afraid it won’t. Evil doesn’t give up that easily. It would be a shame if the Latin Mass has to be banned altogether because of the way it is being corrupted by fallen clergy who want to use it to feed their egos, create chaos in the Church and make money for themselves.

For those people who simply go to the Latin Mass because you are spiritually fed there, blessings to you. I hope you don’t think I’m talking about you in what I’ve written here, because I am not. 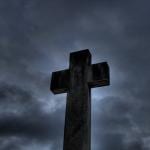 July 20, 2021
Browse Our Archives
get the latest updates from
Public Catholic
and the Patheos
Catholic
Channel
POPULAR AT PATHEOS Catholic
1