Did I lose my Self to Determinism?

Consciousness and Neuroscience in a Physical World

Did I lose my self to determinism?

Not if we adopt a 3-Part Determinism !

Did I lose my self to determinism?[1] No. Not if we adopt 3-Part Determinism. Not if we affirm that the self itself is a determiner.

In a previous post, “Did I lose my self to my brain?“, we listed five current models of the self: the self as (1) ego continuity; (2) confused higher self; (3) delusion; (4) story; and (5) hard-core fundamental experience. With the exception of self-as-delusion, each of these models requires that the self be an agent exercising libertarian free will. Your self or my self is not exhaustively determined by our genome or by our neurocircuitry or by our diet or by any force beyond the self. The self is, at least in part, that which determines the course of events. I strongly suggest we take a position of 3-Part Determinism: nature, nurture, and self.

Again: will the neuroscientists take away my free will? 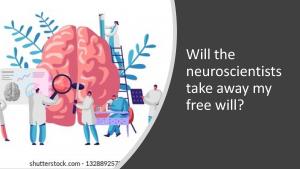 If you listen to free will denying neurophilosophers, it would seem so. American philosopher Daniel Dennett reduces the mind to the brain (Dennett, 2006, p. 107). We’ve repeatedly cited German philosopher Thomas Metzinger, who denies that the human self even exists (Metzinger, 2003, p. 1).  If such neurocentrist philosophers are correct, then we might conclude what Patheos columnist Kyle Roberts observes.

There’s no such thing as a conscious “free will” that penetrates through the murky mass of all those predetermining influences, giving us the power to make real choices that haven’t already been set in motion by those influences and by the internal preparatory activity of our brains, all of which leads up to the particular choices we make….We’re probably not as free as we often feel we are. Still, we don’t need (at this point) to conclude that free will is just an illusion.

The neurophilosophers with their brain-mind identity theory have stolen our conscious mind and left us living daily with an illusion. Let’s look once more at the model: self-as-delusion. How might we defend the agential self against the delusion model with its free will denial?

The Best Defense? A Precise Definition 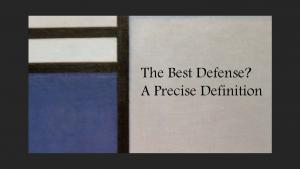 The best defense against neuro-centrist free will denial is a precise definition. Try this one by Polish Thomist philoisopher, Mieczysław A. Krąpiec, “Freedom appears in us—and of this we are conscious—as the ability of self-determination both for action as well as inaction” (Krapiec, 1985, p. 91).

My own attempt at a precise definition has included the following. Libertarian free will exists. I understand free will as self-determination. Free will is a hard-core autoptic experience in which the self as agent deliberates, decides, and takes action. Now, I ask you: how could this be denied?

University of California’s George Lakoff draws out the implications of libertarian free will for political liberty. “Freedom requires government of the self, by the self, and for the self. In short, there is a metaphorical parallel between freedom for an individual and freedom in a democracy” (Lakoff, 2006, p. 36).

Libertarian Free Will in a Determined World

There are two ways to look at the physical world. One is the closed-causal nexus of Newtonian physics, according to which the universe operates like a clock. The turning gears determine everything that happens in the mechanism. This classical view is deterministic all the way down. It is known as “Laplace’s Demon” when it takes extreme form; when the present is imprisoned by its past causes.

“We may regard the present state of the universe as the effect of its past and the cause of its future. An intellect which at any given moment knew all of the forces that animate nature and the mutual positions of the beings that compose it, if this intellect were vast enough to submit the data to analysis, could condense into a single formula the movement of the greatest bodies of the universe and that of the lightest atom; for such an intellect nothing could be uncertain and the future just like the past would be present before its eyes.”

We don’t need Copenhagen. Even within Newtonian determinism (not Laplace’s Demon), we can account for libertarian freedom. This is because the self is a determinant. When you or I deliberate, decide, and take action, then we become one cause among others in the physical nexus.

What we have just described is future freedom When we take action and alter the physical world and even change history, we are expressing our capacity to co-create. But, that’s a topic for another post.

I advance my argument against free will denial after conceding an axiom formulated by philosopher Michael Gazzaniga: “We are personally responsible agents and are to be held accountable for our actions, even though we live in a determined universe.” (Gazzaniga, 2011, p. 2)

With this axiom in mind, I defend against free will denial a three part determinism: nature, nurture, and self. Our human self is determined by nature [genes, brain] and nurture [environment, experience], to be sure; but our self also determines in part the course of events in our physical history. 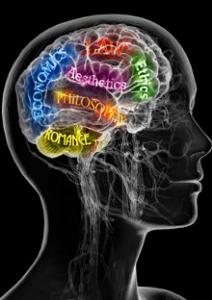 This has implications for philosophy.   Among philosophers, free will ordinarily implies that we could have done otherwise than what we did. Incompatibilism holds that free will and determinism are incompatible. Therefore, if determinism, then no free will. Compatibilism or soft determinism holds that we should rethink the concept of free will so that it implies we have “(1) the power or ability to do what we want or desire to do, which in turn entails (2) an absence of constraints or impediments (such as political restraints, coercion, and compulsion) preventing us from doing what we want” (Kane, 2005, p. 13). (Brain photo by Bryan Christie Design)

In making this argument, I seek to rescue the human self from disintegration and dissolution by neurocentrist philosophers such as Daniel Dennett and Thomas Metzinger. Against the attacks by these free will deniers, I try to defend free will as self-determination. But, this is strictly a scientific and philosophical struggle. It is not theological.

Don’t get sidetracked by neurotheology.

Yes, there’s a field of neurotheology. Neurotheology, also known as “spiritual neuroscience”, is an emerging field of study that seeks to understand the relationship between the brain science and religion, according to Alitreza Sayadmansour in the Iranian Journal of Neurology.

Can the neurotheologian aid us in answer questions about free will? Here is what Sayadmansour offers.

“There is evidence that frontal lobe activity is involved in executive functions such as planning, coordinating movement and behavior, initiating and producing language. Evidence has also shown the frontal lobes to become activated when an individual performs a meditation or prayer practice in which there is intense concentration on the particular practice.”

Where have we been? Where are we going?

This is the present series on the implications of neuroscience and neurophilosophy for Christian anthropology.

Did I lose my Conscious Mind to Science?

Did I lose my Free Will to Science?

Did I lose my inborn sense of God to Atheism?

Did I lose my Self to my Brain?

Did I lose my Self to Determinism?

Did I lose my Self to Christian Freedom?

What we have done in this post is make a case against the self-as-delusion model with its free will denial. My case has rested on a precise definition that has included the following:

Free should be understood as self-determination.

Free will is a hard-core autoptic experience in which the self as agent deliberates, decides, and takes action.

I have sought to anchor the human self in fundamental experience. The task of the neuroscientist should be to explain the self and not explain it away. No, we will not lose our self to neuro-determinism or any other kind of determinism because the self is itself a determiner.

Now, as we turn from science and philosophy to theology, I’ll suddenly find myself drowning in hot water. Why? Because in Christian freedom the person of faith gives the self away. The person of faith surrenders the self for the good of the neighbor. If the self is a hard-core fundamental, then how could this happen? To this conundrum–“Did I lose my self to Christian Freedom?”, we will turn in our next post.

Ted Peters pursues Public Theology at the intersection of science, religion, ethics, and public policy. Peters is an emeritus professor at the Graduate Theological Union, where he co-edits the journal, Theology and Science, on behalf of the Center for Theology and the Natural Sciences, in Berkeley, California, USA. His book, God in Cosmic History, traces the rise of the Axial religions 2500 years ago. He previously authored Playing God? Genetic Determinism and Human Freedom? (Routledge, 2nd ed., 2002) as well as Science, Theology, and Ethics (Ashgate 2003). He is editor of AI and IA: Utopia or Extinction? (ATF 2019). Along with Arvin Gouw and Brian Patrick Green, he co-edited the new book, Religious Transhumanism and Its Critics hot off the press (Roman and Littlefield/Lexington, 2022). Soon he will publish The Voice of Public Theology (ATF 2023). See his website: TedsTimelyTake.com. His fictional spy thriller, Cyrus Twelve, follows the twists and turns of a transhumanist plot.

[1] Philosopher Chelsea Haramia helps us get clear on terminology. “Hard determinists appeal to the causal laws of the world in order to challenge the claim that we have free will, in the sense of ‘free will’ that both they and libertarians accept. Everything that happens can be fully explained by the causal history of what happened before. Though it seems as if we have choices, it is always the case that, for any choice we are faced with, only one of the seemingly available paths will ultimately be taken, and the other paths were never truly available: we cannot do otherwise.” One relevant topic we are not discussing here is compatibilism. “Compatibilists argue….that determinism and moral responsibility are actually compatible. By appealing to claims about an agent’s internal states, compatibilists argue that people can be held responsible when they are acting according to certain sorts of dispositions, e.g., their own beliefs and desires. And others have pointed out that we still have strong intuitions of responsibility even about cases that are explicitly deterministic.” Our argument here is that we can account for a self deliberating, deciding, and acting within the scope of a deterministic framework.

Hinlicky, P. (2010). Luther and the Beloved Community: A Path for Christian Theology after Christendom. Grand Rapids MI: Wm B Eerdmans.

Luther, M. (1969). The Bondage of the Will. Louisville KY: Westminster John Knox.

November 30, 2022 Did I lose my Self to my Brain?
Recent Comments
2 Comments | Leave a Comment
Browse Our Archives
Related posts from Public Theology 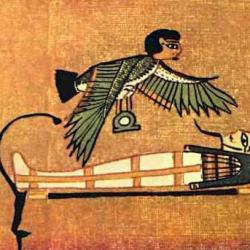 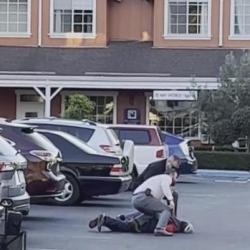 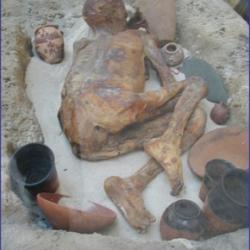 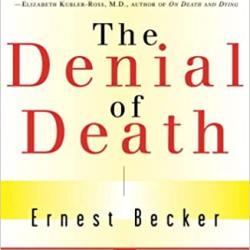 2 responses to “Did I lose my Self to Determinism?”