A Dark Night: Christmas Letter from Archbishop in Syria

This is a short Christmas letter from Maronite Archbishop Samir Nassar in Syria, translated by Sr. Margaret Charles Kerry, FSP. May we keep these suffering people in our prayers this Christmas. – Sr. Theresa Aletheia

Most of our Maronite families of Damascus live away from the Cathedral in Bab Touma, the only Maronite church in Damascus. Since 2007 we have celebrated Liturgy with Syriac Catholics in Douwaylaa Jaramana and Greek Catholics in Kachkoul.

Coming together for an hour and a half a week is sufficient to form a parish. Despite the war, economic and social problems, our priests and faithful have launched three projects to develop three chapels in the three aforementioned areas. This is in order to better connect the community, to organize catechesis and Bible evenings, and for the catechumenate. Christ continues to allure and attract people to him.

The name of the first of these three Maronite churches is Church of the Blessed Brothers Massabki, Martyrs of Damascus (1860). It will be inaugurated at Kachkoul, in the eastern suburb of Damascus, on January 8, 2016 at 4 PM.

In the middle of destruction this new chapel appears like the Star of the magi which leads to the Divine Child.  It is a true Christmas present; an oasis of prayer and a sign of joy and of hope in the middle of a world of violence, of intolerance, anguish, fear and death.

To build a Church in times of war and desolation expresses the will to overcome death and the courage of living the Faith.

Our modest faithful choose to row against the current and to renew their confidence in Jesus Christ in this dark night.

This year Christmas in Damascus merges with the Resurrection. 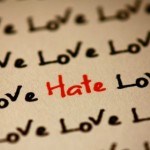 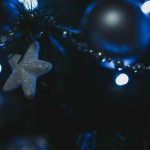 December 23, 2015 When Christmas Is Difficult
Recent Comments
0 | Leave a Comment
Browse Our Archives
get the latest from
Catholic
Sign up for our newsletter
POPULAR AT PATHEOS Catholic
1