Jesus and I have inside jokes.

One of these jokes involves the “engagement rings” that he sends me.

He knows I am squeamish about sentimentality so he sends me little gestures of love that are half inside joke.

Over at Aleteia, I have written a piece that is part deux to last week’s column “Engagement Rings from God.”

It tells the stories of my other three engagement rings and includes a picture of the real rings at the end of the piece.

When I opened the card, there was that same quote from Winston Churchill. I was an atheist at the time, but that moment gave me the chills. It was as if the cosmos was communicating with me.

On the way home, I got into an argument with my boyfriend, who was also an atheist, because I insisted that what had just happened was more meaningful than coincidence. He disagreed. I wondered if what my gut told me could actually be possible.

After my conversion, these “communications from the cosmos” became more frequent, or perhaps I just noticed them more. 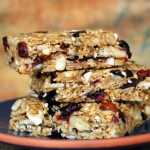 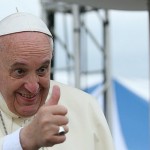 December 8, 2015 What Is the Year of Mercy? Resources and Details...
Recent Comments
0 | Leave a Comment
Browse Our Archives
get the latest from
Catholic
Sign up for our newsletter
POPULAR AT PATHEOS Catholic
1