Discernment and the Spiritual Activist, Part I: Injustice

Next in this series: Part II: Stewardship

Race hatred is back in style.  Have you noticed?  And ever since August 9, 2014, when a teenager named Michael Brown was shot to death and left in the street for four and a half hours, I have been unable to look away from the train wreck that is modern American race relations.

Modern American race relations.  And yet, it feels like 1968 all over again.  I can’t believe my eyes–and I can’t close them, either.

What’s more, since I’m a writer and a very social human being, my friends haven’t been able to look away very much, either.  What I think, I write, and lately, I can’t stop thinking about how so many of us white people want to believe we live in a post-racial society, that we ourselves are “color blind,” and that it is enough for white Americans to “not be racist” in response to what we really don’t want to believe is systematic and violent oppression of black Americans by the very institutions we created to keep us safe.

Let me say it outright: it’s not enough to “not be racist.”  Racial injustice is bred into the body of American society all the way down to the bone.  We breathe it in like cancer from the very air; it’s systemic, it’s institutional, and if every outright bigot on the planet were to leave for Mars tomorrow, racial inequality would not end, because of all the quiet, unthinking ways racism has crept into our societal DNA.

For instance: studies show whites consistently perceive black boys as young as ten as older and more dangerous than they are; white men with a criminal history are as likely to be hired for a job as black men without one; and white people are much more likely to misidentify objects in the hands of black people as guns than in the hands of white people.  There are more studies of this kind of thing–so many studies that it’s appalling that I even need to list a selection here.  The only reason that I do is that, somehow, those of us who want to believe we are not racist have such a stake in denying our bias that I can be quite sure this point will be argued, even by the most liberal of white Americans.

We’re really committed to being, not race blind, but racism blind.

So.  All of this is a fair cross-section of what is on my mind, and what is in my Facebook feed these days.  And if you find yourself wanting to argue with me on what I’m saying, welcome to the club.  I’m sure that I’m a blast to have at parties… but having had my attention brought to the issue of the depth and virulence of American racism, I find I can’t bear to look away from it any longer.

Neither can my friends.  They are, on the whole, a really decent set of generous-hearted, progressive people, who really want to see a just society, a healthy ecosystem, and an educated electorate, where every puppy has a home, and we all live happily together in an organic, fair-trade coffee-drinking Utopia of peace and joy.

It’s hard, though, to connect the headlines to ourselves.  It’s hard to think we have any role at all to play in such large events, with such powerful forces.

Unfortunately, “People don’t have to be bigots to be under the influence of racial bias,” as Keith Payne, author of the study on the misidentification of weapons points out.  Unconscious bias, it turns out, may be enough to get black men killed by police–perhaps even at the rate of 21 times that of white men, as found in another recent study.

The problem isn’t bigots.  The problem, my fair-minded white friends, is us. We are all subject to unconscious racial bias… and we are living, effectively, in a vast machine that runs on that unconscious bias, in the form of stereotypes we don’t even notice, and then feeds it back to us in the form of systemic injustice that assures that, where all else is equal, white men and women will be first in line for the rewards of our society, and black men and women will be last.

In the words of Michael Eric Dyson, institutionalized racism “doesn’t demand the individual participation of the singular bigot. It is a machine operating in perpetuity, because it doesn’t demand that somebody be in place driving.”

We don’t have to want it.  We don’t have to ask for it.  It’s a mindless, soulless machine, and it’s a machine on auto-pilot.  It won’t stop until we–you and I–find and apply the brakes.

“Not being racist” as individuals is not going to get that done.

We are all going to have to, as it were, get our skin in the game.  Especially if we are white.

Coming Up: Discernment and the Spiritual Activist, Part II: The World of Warcraft and my Neighbor’s Lawnmower. 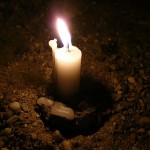 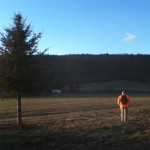