I’m feeling a bit torn this morning.  It’s time to head out to meeting for worship, and I’ve been kept away from worship far too often this winter; I really feel the need to be there.

On the other hand, I’ve been just a little under the weather for the past two weeks, and physically exhausted for no reason all weekend.  If I go to meeting, I doubt I’ll have the energy for anything else: not shopping for groceries, not cooking the staples for the week, not grading the stack of student essays on my desk.

And certainly not celebrating Beltane.  And that does not seem acceptable to me.

So I’m staying home, but, as I said, I’m feeling a bit torn by all that needs to be done, and how little energy I seem to have this week to do it with.

Which puts me in mind of a story…

Once upon a Beltane, Peter and I were at a Church of the Sacred Earth retreat in northern Vermont.  Despite being almost on the Canadian border, it was warm that year, and we were all tenting in a colorful extempore village outside the cabin of one of one of our members.  The birds were singing, there were flowers blooming, and it was one of those perfect mornings in spring, when the world itself seems to slow down to drink in the sights and sounds, and sunlight pours as slow and rich as honey between the green leaves.

Peter and I woke up in a tent together, and the bright sun warmed us and basted us in laziness as we lay in one another’s arms.

This was during the period after I’d separated from my first husband, but before I moved in with Peter.  We were, in general, playing it cool about our romance, as my young daughter deserved a chance to adjust to the end of her parents’ marriage before having to accept a new love in her mom’s life.  So when we were in public or around my child, Peter and I worked as hard as we could at being undemonstrative of our feelings.

Everything is everyone else’s business in a small town.

Here, at Beltane, however, among my Pagan community, the fact that we were a couple was known and understood.  My daughter was with her father that weekend, and we were among friends, some of whom had supported me through the worst of the ending of my marriage, and most of whom had been there from the beginning of this new love.

It had been a long, hard winter, with a lot of grief in it.

Now, however, it was Beltane, and the sun was bright on the yellow fabric of the tent over our heads as Peter and I lay woven together in a little nest of sleeping bags, luxuriating at being together, luxuriating at the morning.

I don’t know how long we had been lying there, in that pleasant warmth and that pleasant state between waking and rising, when I realized that the sun was now quite high.

The Church of the Sacred Earth was not just my family–it was an obligation, and I take my obligations seriously.  (Seriously enough, perhaps, to grieve the gods themselves, who may not feel particularly honored by feelings of guilt, anxiety, and resentment.)  I was serving on the Council of Elders that year, and one of our semi-annual meetings for business was about to begin.  I realized suddenly that everyone was up except for us–we could hear them, bustling about, getting coffee, sharing food, calling and chatting just as the birds were doing–and I was late!  Late to a business meeting!

I suddenly sat bolt upright and began searching frantically for my clothes.  “I’m keeping everyone waiting!” I panicked.  “They can’t begin until I get there!”

And Peter, delight of my heart and love of my life, laughed at me, sat up beside me, and turning my face to look deep into my eyes, reminded me:

Oh. Yeah.  Right.  Beltane.  Day of joy, day of sweet optimism, sensual celebration, laughter.  Love.  And a day when love trumps obligation, if ever it can.

Only I could turn Beltane into yet another guilt trip.  But only Peter could remind me what the day is really for.  (And he did.  And he has.  And, if the gods are kind, he always will.) 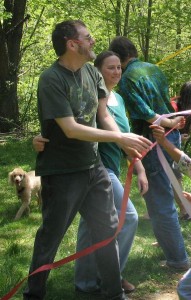 I did get up, and made it to the meeting, and no one minded even that I took the time to pour myself a cup of deep, strong black coffee before we began, or that I took the time to greet my friends, to savor the sun, and to kiss my new love under the new green leaves before we pulled out our notepads and took notes.  For it was Beltane, and it was understood, that there are things more vital than efficiency, and obligations deeper than the ones we can put in words.

May each of you remember Beltane, and keep it well, in whatever manner suits you best.  Blessed be. 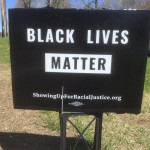 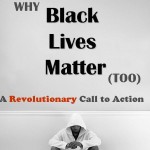