A Cat’s Enduring Love: Sebastian and a Nightmare Averted

Last night, what could’ve been a nightmare turned into a heartwarming, unexpected intervention from my cat Sebastian, a stoic, aloof gray tabby who passed away when I was still in elementary school.

When I was younger, our family had three pets: two older cats, Sebastian and Annabelle, along with a young, rambunctious dog named Max. As the endearing dog he was, Max spread love wherever he went with his constantly outgoing nature. Annabelle was a regal but steadily warm Calico cat who was able to sleep through seemingly anything. As for Sebastian, you could consider him the aloof big brother of the house who distanced himself from the kids in our household; while he never scratched us or hissed at us, he never really warmed up to us youngsters, and in that way, remained a mystery to a child like myself.

I have very few memories of Sebastian, who generally preferred to stay in Mom’s bedroom, rather than get caught up in what he must’ve seen as the chaos ensuing in the lower levels of the house thanks to me and my sisters. Whenever I did try to get him to open up to me, he would let me pet him just a bit before pulling away. Unlike Annabelle, who was far warmer towards us kids, Sebastian was much more reserved and preferred to observe from the sidelines rather than directly interact.

The only major memory I have of him is a scene between him and my youngest sister Sarah on the day he passed away. Mom eventually had to accept that it was time to let him go after his health rapidly declined at his elderly cat age, but had our grandpa take him to the vet; as she said, she wasn’t able to take him herself, especially since she would’ve been alone. The last time I saw him was grandpa carrying him away to his car. For Sarah, she chose to watch him go up until the car passed out of sight. She sadly waved to Sebastian as he gazed at her out of the rear window.

In response, he waved back with his paw, lifting it up in farewell. While I don’t think I actually saw it happen, I can still vividly picture him in my mind’s eye, looking stoic as always as he waved goodbye, likely knowing that he was about to leave us for what seemed forever.

Or so we believed. No more than a month later, I was kneeling in Mom’s bedroom, doing what I can’t exactly remember when I saw Sebastian out of my peripheral vision walking gracefully towards me from the opposite end of the room. When I turned to look, he was gone. To this day, I’m not entirely sure if what I saw was my imagination, a mere memory, or his literal spirit. It’s comforting, of course, for me to believe the latter. Believing that he never really left us helped me see that he wanted to watch over us like he had done in the past: silently, solemnly, but always there.

In my dream last night, I “woke up” in my childhood bedroom, a dark blue room with Harry Potter and the Prisoner of Azkaban decals pasted to the walls. I was still feeling gloomy after a day spent feeling down for some annoying reason that I couldn’t unravel. As such, I was aching for some sort of loving comfort, and I received it in two unexpected ways.

First, when I shyly reached my hand up above my bed, either to help myself get up or because I was literally stretching out of a desire for somebody to be with me, my hand was suddenly clasped by a disembodied hand extending down from the ceiling. It was shocking but more confusing than frightening. Whoever the hand belonged to, I didn’t sense any ill intentions. I tried to deduce who was holding my hand through several questions, but I received no answer, other than a gentle squeeze of my hand at the end when the visitor released me, and the arm disappeared. Whoever they were, they wanted to comfort me, and they succeeded.

I got out of the bed and saw that it was the middle of the night, everything in sight covered in pitch-black darkness, usually an indicator of a typical creepy nightmare where none of the lights ever turn on, and my home becomes gradually consumed in shadow. My bedroom door was open, and there was a discernible shape sitting quietly in the doorway. I started to prepare myself for a confrontation with what I believed to be some sort of nightmarish entity. But when the figure turned around, it was none other than Sebastian, a visitor I never thought I’d ever see in any dream of mine.

Sebastian walked over to me and stood close to me, serving as a comforting, silent presence amidst the creeping darkness. He didn’t purr, or brush against my legs like Annabelle or another cat would’ve in his place; that was how I knew it was genuinely him, as he never exhibited those behaviors when he was alive. Just having him close by my side helped stave off the fear that naturally comes with these recurring dark dreams.

Soon after I was reunited with Sebastian, I watched all of the hair on his body suddenly stand up on end, and then, we heard a warped male voice violently threaten to hurt Sebastian; for what, I didn’t initially understand. I responded by screaming at the top of my lungs that I wouldn’t let the unseen enemy hurt him, and I was ready to physically fight if needed. I warily scanned the room for another tangible presence, but there was only Sebastian and me. Of course, trying to turn on the light didn’t work, but I was too enraged at that point to care. I woke up shortly afterward.

I figured that whatever adversary was screaming at us had to be something demonic, as these sort of dreams tend to go for me. I believe that whatever it was, Sebastian’s unexpected presence had thwarted any plans it might’ve had to ambush me in the darkness, and left it unable to do anything but shriek. It’s possible that Sebastian merely being in the room with me drew out the evil presence lurking there, which ties into an overarching study of how cats may be able to protect us from supernatural evil.

On a more heartwarming note, it was immensely touching that out of the three pets who could’ve come to protect me, it was Sebastian. Had Annabelle been there, she would’ve purred the instant I recognized her and brazenly snarl at whatever wanted to harm me. If Max had been my protector, he would’ve stuck close by my side and stalwartly thwarted my enemy. But the fact that Sebastian came to shield me, the aloof big brother cat who never showed as much open warmth as his companions, has stuck with me. It’s been a long time since I’ve thought about him, and I never expected him to serve as a spiritual protector.

I thank God for choosing to send this cat of mine, a stoic, big-brotherly member of my family, to guard me against whatever enemy wanted to harm me. 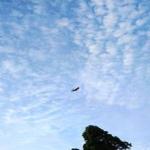 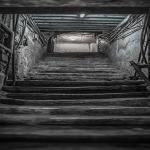 July 19, 2018 The Descent: Another Dream Reminder to Avoid Fighting Alone
Recent Comments
0 | Leave a Comment
"Agreed. Elrond and Gilraen would understand us not wanting to watch the news anymore. At ..."
Connor Brennan The True Future of Arwen Undómiel: ..."
"We're marching inexorably to authoritarian madness and burning the world down around our ears at ..."
Eeyore The True Future of Arwen Undómiel: ..."
"I hear you, my friend. I'm disgusted that we've seen Christians demanding that this little ..."
Connor Brennan Analyzing the Tragic Story of the ..."
""Some of the Christian reactions to this girl’s suffering validate the fears recently shared about ..."
AndreaFlameFox Analyzing the Tragic Story of the ..."
Browse Our Archives
Related posts from Quis ut Deus? 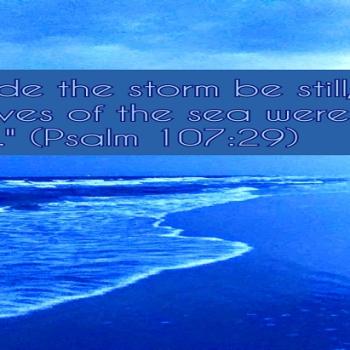 Progressive Christian
God Calms the Storm: A Message of His...
Quis ut Deus? 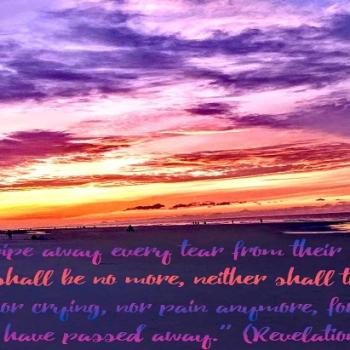 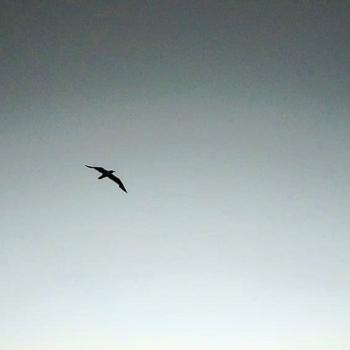 Progressive Christian
"I Wish I Could Fly Away": An Analogy...
Quis ut Deus? 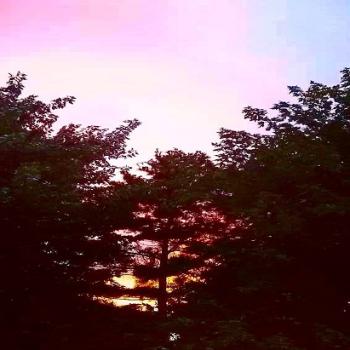