One of the biggest misconceptions about Islam is that it permits child marriage, and is therefore looked down upon as medieval, oppressive and illogical by non-Muslims. Shockingly, instead of viewing this as a downright tarnation and disgrace to Islam, Muslims in complete ignorance of the Quran actually defend and support this point of view! If Muslims, themselves, are going to portray such an image of their religion, then I really don’t see why they would get agitated with the criticism on Islam.

I say this with my deepest regrets, but Muslims have become their own worst enemies. Practically abandoning the pivotal commandment of Islam on independent reasoning, they have substituted it with an unprecedented trust in the “authorities” on Islam. And yet again, they have succeeded to bring shame to us all. 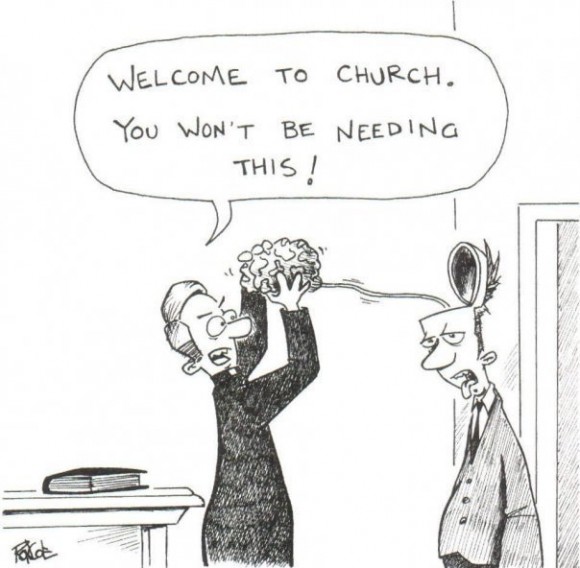 Recently, The Council of Islamic Ideology (CII) passed a ruling that “Pakistani laws prohibiting marriage of underage children are un-Islamic, and that according to Islam, there is no minimum age of marriage. However, the Rukhsati (consummation of marriage) is allowed only in the case that both husband and wife have reached puberty. Furthermore, Under shariah, a man is not bound to seek approval for second marriage from the first wife,” declared the spokesperson.

What a way to celebrate Islam!

How we allow them to get away with such a ridiculous statement is beyond me. Not only are these rulings contrary to common sense and human dignity; they have no basis in the Quran whatsoever. As the Quran is the primary source of guidance in Islam, secondary sources can only be accepted if and only they do not contradict the Quran, or add additional rules to it. For, the Quran is fully detailed, perfect, and complete (6:114-115) and acts as the Criterion (Furqan) above all (25:1).

Without taking anymore of your valuable time, let’s get straight to the crux of the matter!

The Quran equates marriageable age to a mature and sound judgment:

“And test the orphans [in your charge] until they reach a marriage­able age; then, if you find them to be mature of mind/sound in judgment, hand over to them their possessions…” (Quran, 4:6)

Please pay close attention here. Marriageable age is equated to sound judgment; an age in which a person can responsibly handle their possessions. For heaven’s sake, are you really trying to tell me that a person is sound in judgment at the tender age of, say, 12? Give me a break!

It is illogical to assume that a 12 year old child has a mature intellectual level. After all, those years are meant to be a learning curve for the child: a crucial time in which a child shapes his whole personality by exploring different paradigms and attaining valuable experience on life. Undertaking such a huge responsibility would greatly affect the child psychologically, as they would be deprived of the time and space required to undergo a personal change and discover themselves.

Furthermore, such scenarios are by default rapes of children, since children have not developed and matured in sexual awareness to comprehend sex. To make it worse, traditional teachings involves psychological and sexual imposition of a man upon a girl who then surrenders under the circumstances, probably scarring her for life. 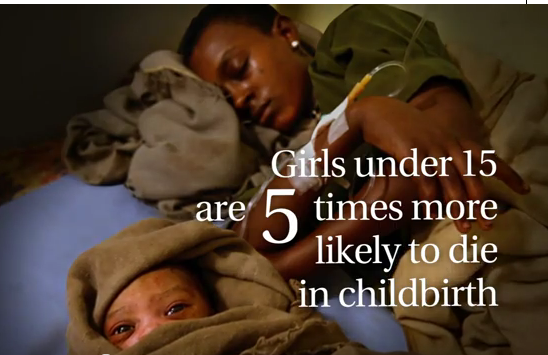 A similarity of belief systems and common ground are necessary to establish a healthy relationship. How can children be expected to have a grasp of theology, when they are mentally incapable to do so? Usually, at that age, children would blindly follow whatever their parents teach them. This type of enforcement of beliefs is severely discouraged in the Quran on many occasions. As mentioned earlier, parents have to give children their own space to formulate their views before they even think of marrying them. 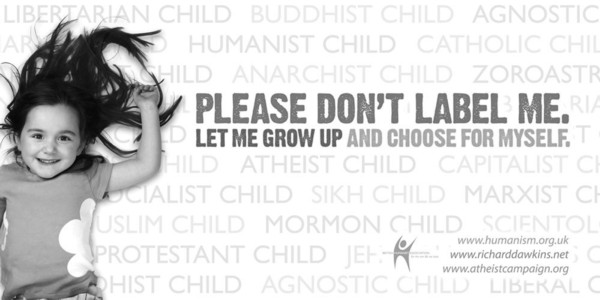 And how could you take it away (marital gift) after you have given yourselves to one another, and she has  received a most solemn pledge from you? (Quran, 4:21)

Marriage is no child’s play. It demands a huge amount of responsibility from both individuals: something children are definitely not ready for.  Therefore, the Quran makes no compromises on this fact, terming marriage a “most solemn pledge.” To suggest that Allah would even allow, leave aside encourage, an individual to get into a “solemn pledge” without discovering themselves from a psychological, physical, and social perspective is nothing short of insulting the idea of creation.

The Quran forbids forcing women to marry by compulsion:

O You who have chosen to be graced with belief! It is not lawful for you to force women into marrying or holding on to them in marriage against their will. (Quran, 4:19)

Would an innocent child, on their own merit, entertain the idea of marriage? The immense responsibility of marriage is one that children do not even have the intellectual capacity to grasp thoroughly. They would only entertain it if they are heavily influenced by the parents. This, as you see above, is severely discouraged. 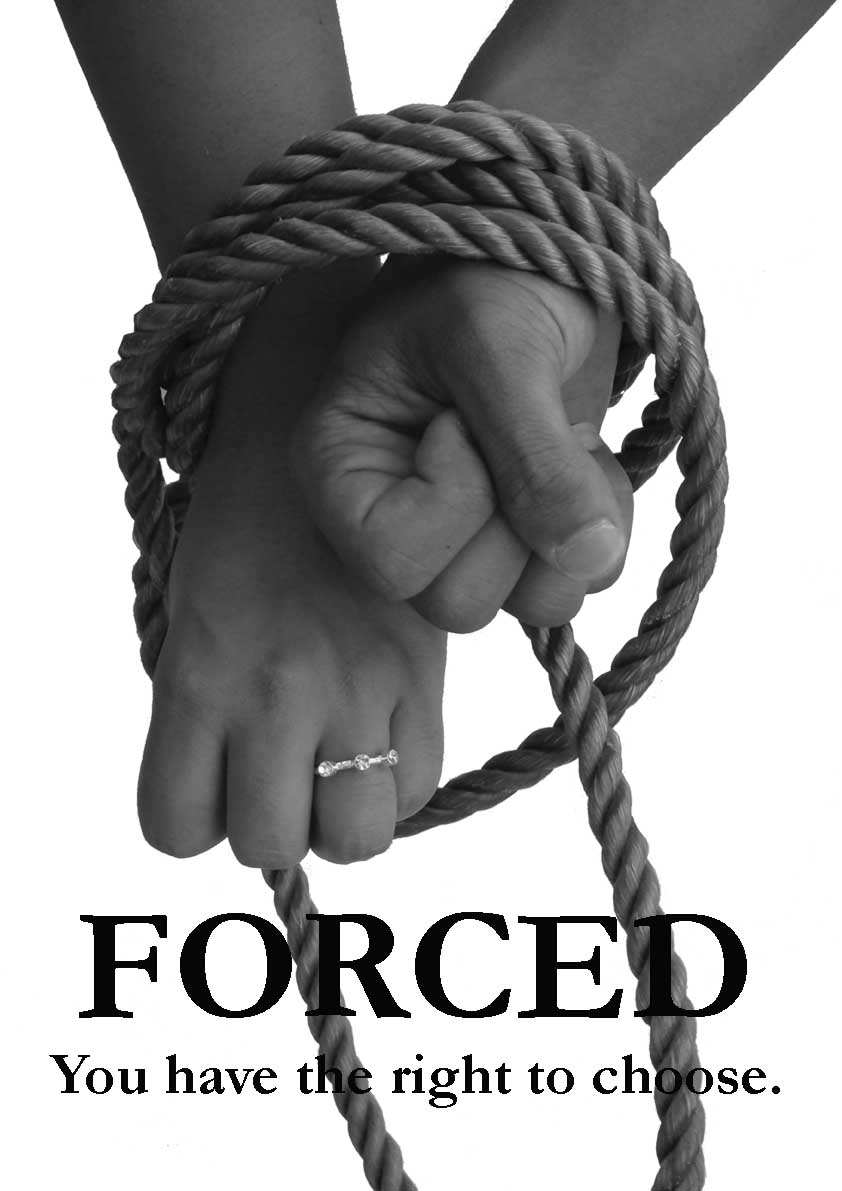 The Quran expects the male partner to financially support his wife:

Let them (the divorced women) live where you live with the same standard of living that you have, and according to your best means. Harass them not to make life difficult for them. And if they are pregnant, spend on them freely until they deliver their burden. Then, if they nurse your baby, give them their due recompense.  And frequently consult together amicably.  And if both of you find it difficult, let another woman suckle the baby on her behalf.  (Quran, 65:6)

How can one expect a young male child to earn a living for his family? Is he supposed to get an education, or is he supposed to labor in order to be able to financially support his spouse?

Part 2: The Misconception about Verse 4, Chapter 65

And those who no longer expect menstruation among your women – if you doubt, then their (waiting) period is three months (relating to divorce), and [also for] those who did not menstruate. And for those who are pregnant, their term is until they give birth. (Quran, 65:4)

Here, traditional voices would have you believe that “those who did not menstruate” refers to prepubescent girls who have not “yet” attained puberty, thereby concluding that Islam permits child marriage. What is shameful is that they deliberately add the word “yet” to justify their medieval thought, which is to be found nowhere in the Arabic text of the verse.

Let’s dissect the verse, shall we? The verse starts off by discussing the waiting period for women who have ceased to menstruate, in the case of a divorce. Therefore, it has laid the context of adult women who are of menstruating age. Obviously then, “those who did not menstruate” is from the context of adult women who are supposed to menstruate, but did not do so. This medical condition is called Amenorrhea where a woman does not have menstrual periods. The waiting period for such women, then, is the same – 3 months.

Part 3: Is the permission of the first wife necessary to marry a second wife?

Polygamy is only to be practiced in exceptional cases:

Without getting into too much detail, it is obvious from this verse that polygamy is not allowed to satisfy sexual lusts of men. It can only be practiced in the case of taking care of orphans (by marrying their mothers).

Moreover, the verse emphasizes on the fact that all wives must get a just and equitable treatment, in the unusual case of polygamy. If a man were to marry another woman without getting the consent of his first wife, how on earth can you call that justice?  Justice is only served when both parties receive it. “But if you fear that you will not be just, then only one…” 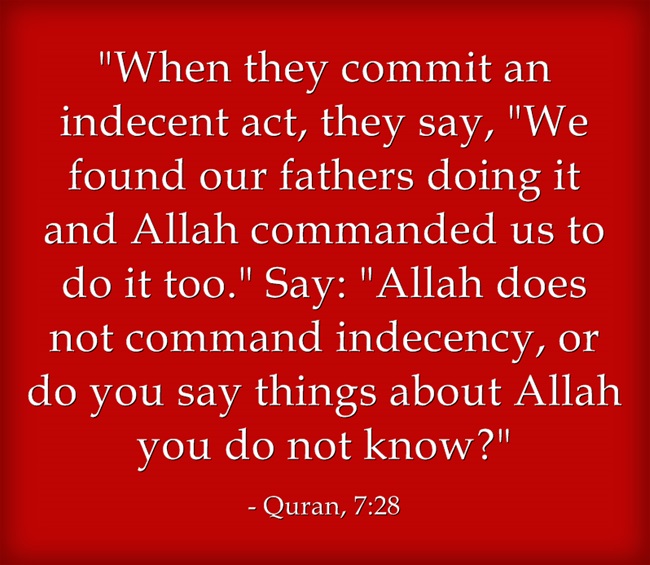 It is absolutely clear from the Quran that child marriage is something God never authorized. Child marriage is detrimental to the overall well-being of children, and quite frankly, is another form of slavery. The psychopathic mentality that allows this is a sign of a very sick and disturbed mind, something that seems to be much abundant within the clergy-class. Any rational person can immediately identify the evils of such an oppressive act. It surprises me to see how a beacon of light is manipulated by a bunch of misogynistic individuals to enslave billions around the world!

Would you then, O fellow Muslim, rethink your stance?

March 26, 2014 Stop Monopolizing Allah!
Recent Comments
4 Comments | Leave a Comment
"whats the very next verse after the compulsion one?.....exactlyyou know damn well abrogation exists in ..."
john smith Yes, You Are Taking Those Verses ..."
"In most/all illiberal Muslim-majority countries, it is."
Westsider ISIS Has Something to do With ..."
"Does the Qur'an tell us to flay him, stone him, quarter him, boil him, or ..."
Westsider ISIS Has Something to do With ..."
"Ma sha Allah, thanks for summarizing the Surah. This is very helpful. I ll comeback ..."
Dontseek Reply A Short Summary & Chapter Notes ..."
Browse Our Archives
Related posts from Quranalyze It 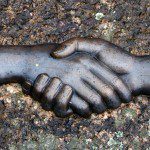