Can progressive Muslims and atheists actually find ways to work together? Some of my atheist comrades may disagree with me, but I think so. Of course we may diverge on whether a God exists, or if there is an afterlife, but when it comes to this world and the problems humans face, our tribes have much we agree on. And our agreements are not petty or tangential. They are sources of energy that can be harnessed for a much needed change.

So what do we agree on? Well besides opposing theocracy, blasphemy laws, and Bronze-age ethics, we promote human rights, freedom of conscience, separation of Mosque and State, education, and compassion.

You could imagine how we feel about the punishment of atheist bloggers in Saudi Arabia and Egypt, the persecution of minority Christian and Muslim sects in Iraq and Pakistan, and the “Islamo-fascists” who cite the Qur’an as a justification for violence. When Theo van Gogh was brutally murdered we shook our heads. When Craig Hicks shot and killed two Muslim students, we were ashamed.

What we don’t do, however, is proceed to naively caricature the other group by taking an extremist as the representative model of that group. Many atheists and progressive Muslims recognize that while acknowledging cultural context and social nuances doesn’t excuse wickedness, they certainly help us understand it better.

So while I may agree with some of what Bill Maher, Ayaan Ali, and Sam Harris say, I cannot take the leap required to lump Muslims together under a reified banner of disapprobation. It’s not simply a matter of my soft insides getting the best of me: it’s my reason that cannot allow me such frivolities.

At this point, I’m going to be blunt: Many of my fellow atheists buy into an overly simplistic depiction of Islam made by uncritical lay-activists and quasi-scholars. If you don’t believe me, spend a day looking at my Facebook feed! Of course, in light of this, I do not think Islam, Muslims, or the Qur’an are beyond reproach. I am all for what Daniel Dennett calls “breaking the spell.”

Critical analysis, thoughtful critique, careful research, honest exploration; these are the tools needed to counteract our natural urges to demonize, contain, and control. Some Muslims refer to it as a “jihad of the pen.” And it is this struggle–to counteract our lesser angels while remaining intellectually vigilant–that us atheists and Muslims can work on together.

Trust me on this one, we have more than enough opposition to what we are advocating for. The Ayatollahs and Mullahs of the world cannot fathom the strength and meaning that can exist between our different groups. Robert Spencer and Pamela Geller don’t realize the latent potential we have to flip the script and change the popular narrative of Muslim-panic and atheist-distrust.

But it requires us to speak up, to defend each other against unfair attacks, and to try and see past our differences. So when a Muslim friend of yours says, “those atheists are all immoral liars” you can challenge their vitriol. I will do the same for you.

Someday I hope to see a robust Muslim-atheist coalition that feeds the hungry, clothes the poor, and takes care of the widow and orphan. When Muslim-atheist groups will sit down for coffee (I recommend Turkish!) and come up with surprising ways to show that although we believe different things, we can transcend the petty divisions placed between us.

Are you up for the challenge?

Kile Jones is an atheist involved in inter-faith dialogue who works towards building bridges between non-believers and religious persons. He is also the founder of “Interview an Atheist at Church Day” and Claremont Journal of Religion. His twitter is @KileBJones 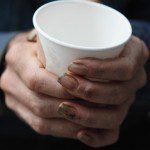 June 29, 2015
Giving For the Sake of Giving, Not for Heavenly Rewards | Quranalyze It
Next Post

November 14, 2015 As a Muslim man, I am Sick of our Obsession With The Hijab
Recent Comments
137 Comments | Leave a Comment
Browse Our Archives
get the latest from
Muslim
Sign up for our newsletter
POPULAR AT PATHEOS Muslim
1

What Do We Need a Spiritual...
The Living Tradition
Related posts from Quranalyze It 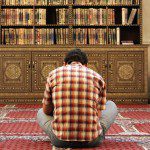 Muslim
6 Things I Love the Most About the...
Quranalyze It 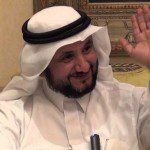 Muslim
WATCH: Can Atheists Go To Heaven According to...
Quranalyze It 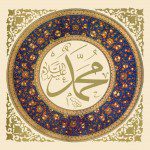 Muslim
Why Prophet Mohammad Would Be Deeply Troubled By...
Quranalyze It
TRENDING AT PATHEOS Muslim